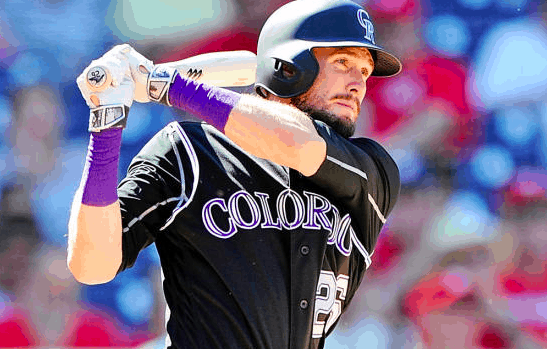 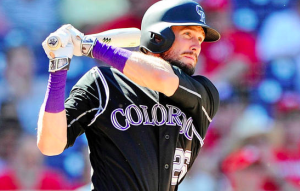 A mysterious back injury has kept Colorado Rockies outfielder David Dahl on the sidelines for much of spring training. The Rockies are hopeful that a firm diagnosis of the problem will come soon and that Dahl will be able to resume baseball activities sooner rather than later. However, it is starting to look doubtful that Dahl will be ready to play on opening day, which will be a huge disappointment for one of Colorado’s most talented young players.

After the Rockies made him the 10th overall pick in the 2012 draft, Dahl made his big league debut last summer. In 63 games with the Rockies, Dahl hit .315 with a .859 OPS, setting the stage for him to have a breakout season in 2017 and establish himself as one of Colorado’s core players. However, upper back pain this spring that affects Dahl most when he swings the bat has limited him to just four spring training at bats. Meanwhile, scans on his back have come back inconclusive.

“They keep trying to get a true diagnosis of this thing,” Rockies manager Bud Black said Monday morning. “I think the common theme is that he’s going to be fine — in time. This is not a months deal. He should be able to resume baseball activities, hopefully in a couple of weeks.”

Even without a firm diagnosis, Black believes Dahl will be able to return sooner rather than later. The manager doesn’t want to put a specific timeline on Dahl’s return, but he believes the 22-year old outfielder will be playing in games before the end of spring training. Of course, if he’s not cleared for baseball activities soon, it’s doubtful that he’ll have enough spring training reps to be with the club on opening day.

Heading into camp, Dahl was expected to compete with Gerardo Parra for playing time in left field. Both are left-handed hitters, so a platoon between the two is unlikely, meaning playing time will likely be performance based. With Dahl unable to take the field, Parra has a chance to solidify the job, despite a disappointing season in 2016.

“Last year is over. You have another year, another opportunity to change your work, change your life, and I think what’s more important is I feel 100 percent,” Parra says. “I want to put everything together.”

Heading into Monday, Parra is 5 for 14 this spring, giving him a .357 average and .899 OPS in a small sample size. He’s also impressed Black with his approach to spring training coming off a poor season.

“He’s not going to press, even if Dahl is healthy and everybody’s healthy,” Black says of Parra. “This guy had a good offseason. He trained great. Body-wise, he feels good. I see a focus in this guy to let everybody know that he’s a player, regardless of anybody else in or around our team. He wants to play well for him. He goes, ‘Hey, I’m a good player. I scuffled a little bit last year, but I’m locked in.'”

If Parra continues to impress this spring, he may have the left field job locked up by the time Dahl returns from his injury. With Parra getting a head start towards winning the job, it’s important for Dahl to return as soon as possible. But until doctors can come up with a firm diagnosis for his ailing back, Dahl figures to remain on the sidelines, with his chance to being a regular with the Rockies this season diminishing a little bit each day.