When the regular season ended, there were two teams that no one wanted to play in a bowl game—the USC Trojans and the Penn State Nittany Lions. Both got off to poor starts this season (Penn State 2-2; USC 1-3), and there didn’t appear to be a ton of hope for either, but both ended the season on hot streaks that included some big wins over two of the playoff-bound teams.

Since they were not headed to the playoffs, the next most logical thing was done with them for bowl season—they were pitted against each other in the Rose Bowl. If fans were lucky, the good version of both teams would show up and put on one heck of a show—and they did. 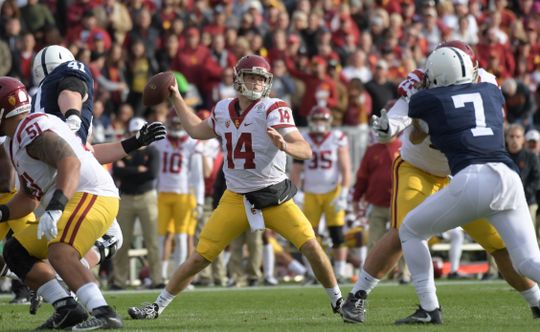 The game certainly didn’t get off to a good start for Penn State. Quarterback Trace McSorley threw interceptions with his first two passes of the game. Their defense held USC to a field goal attempt (which was missed) but Trojans quarterback Sam Darnold capitalized on the second with a 26-yard touchdown pass to Deontay Burnett.

USC scored field goals on their next two drives while the Penn State offense was held to a pair of three and outs. When the Nittany Lions got the ball back late in the first quarter, they had gained 36 total yards of offense and had fallen behind 13-0.

It didn’t look good—but then it did. McSorley led Penn State on three touchdown drives to end the half, But Darnold guide the Trojans on two touchdown drives in the second quarter, and USC went into the half with a 27-21 lead.

So while the game started slow for Penn State’s offense, things picked up in the second quarter enough to turn the game into a contest. But it didn’t become must-see television until the second half.

The Trojans started the half with the ball, but the Nittany Lions defense forced a three and out—and then the fun started. Penn State recorded touchdowns on their next three offensive plays from scrimmage.

First, there was a 79-yard run by Saquan Barkley. It was followed by a 72-yard touchdown pass from McSorley to Chris Godwin that was tipped by the defender before Godwin juggled it and caught it. An interception by the defense set Penn State up on the USC three-yard line. McSorley ran it in from three yards out on the next play to give his team a 42-27 lead. 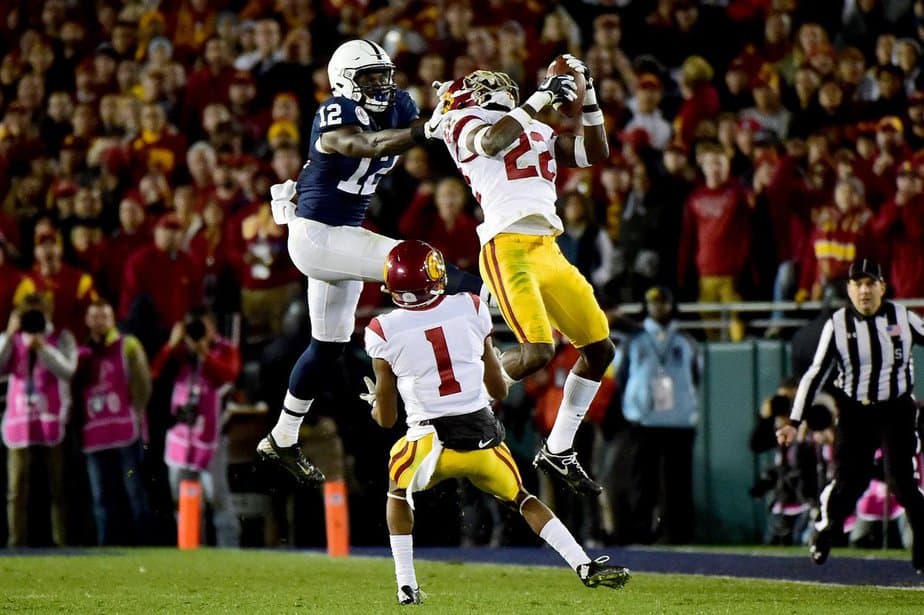 USC slowed the bleeding with a touchdown on the next drive, but Penn State followed it up with its seventh touchdown drive in a row to give the team a 14-point lead with 1:55 left in the third quarter.

At that moment, Penn State fans had to feel like the fourth quarter was just going to be a formality. Their team had already overcome some early struggles, battled back, and took over the game. There was no way they could lose this game now—that is, as long as they continued to play like they were.

Penn State’s offense generated a total of 12 yards and gained one first down for the rest of the game. The defense couldn’t stop the Trojans offense and even helped out on a key drive late in the fourth quarter with a pair of pass interference penalties.

While it didn’t look good for Penn State, all was not lost. With how Trace McSorley was able to move the ball, the Nittany Lions had plenty of time after USC tied the game up (1:20) to get in position for a game-winning kick.

But on the third play of the drive, McSorley threw his third interception of the night–which Leon McQuay III returned to the Penn State 33-yard line.

However, even though they were already in field goal range, it wasn’t a gimme. USC’s kicker, Matt Boermeester, had already missed from 51 and 49-yards and this one would be from 46-yards out.

“Game was on the line, but you’ve got to keep true to your technique and trust it,” Boermeester said. 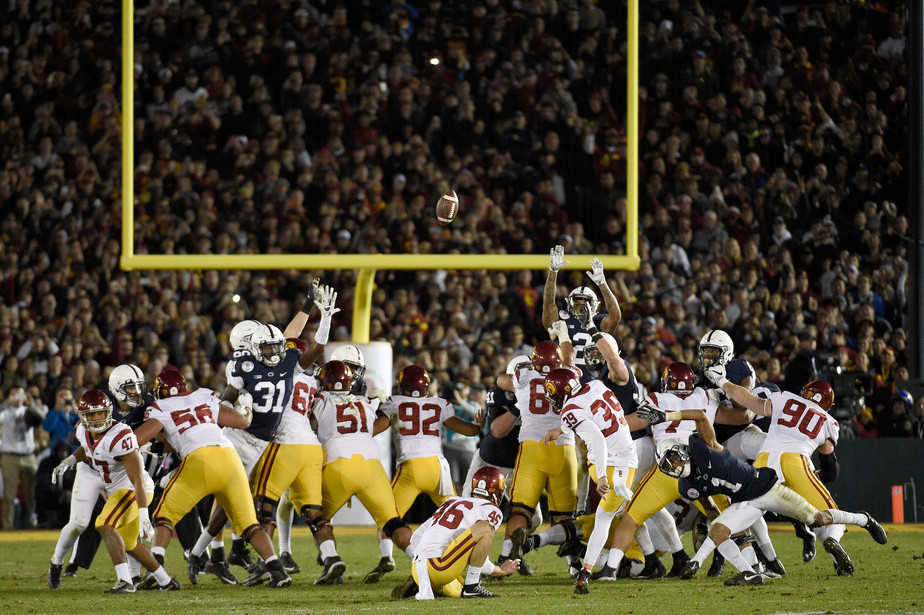 “It was just two really good football teams playing at the highest level and competing until the absolute, very end,” USC coach Clay Helton said. “The greatest players shined brightest on the biggest stage. It’s what fairy tales are made of.”