Royals Dispute Report that Yordano Ventura Has Been Shopped 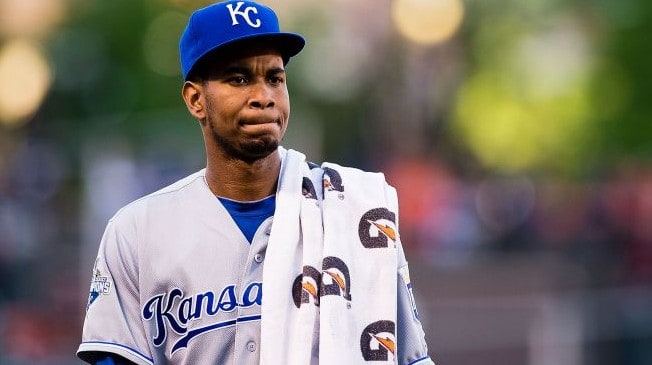 Published on June 8, 2016 by Bryan Zarpentine 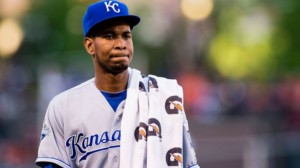 In the aftermath of Yordano Ventura hitting Manny Machado with a fastball and Machado subsequently charging the mound, leading to both players being ejected from Tuesday’s game between the Royals and Orioles, a report surfaced Wednesday morning claiming that the Royals had shopped Ventura during recent trade talks with other teams. However, a source close to the Kansas City front office has been quick to dispute that report, calling it “complete and utter nonsense.”

The original report from Yahoo! Sports claimed that the Royals are growing tired of Ventura when it came his attitude and his propensity for inciting bench-clearing brawls with other teams, as was the case with the Orioles Tuesday night. Ventura was involved in similar incidents last season and is likely looking at a suspension for his involvement in Tuesday’s confrontation with Machado.

Ventura is signed to a rather affordable contract through the 2019 season, with $12 million options for the 2020 and 2021 seasons. Such a contract for a hard-throwing 25-year old would seem to make Ventura an intriguing trade option for teams looking for rotation help. However, Ventura’s ERA went form 3.20 in 2014 to 4.08 last season, and is now sitting at 5.32. Between that decline in performance and his perceived attitude issues, it would make sense for the Royals to try to unload him before his trade value goes down even more, which is likely following Tuesday night’s incident and the suspension that will likely follow.

Of course, the Royals are now disputing claims that they were prepared to trade him away. In an interview Wednesday with MLB.com, Kansas City GM Dayton Moore would not comment on any trade talk related to Ventura. “It’s highly inappropriate and reckless to discuss any specific trade talks about players with the media,” Moore said. “Any discussions along those lines will remain with our baseball operations people. I will not discuss it.”

Moore seems to be backing Ventura in this instance and defending his actions. He also mentioned that many of Kansas City’s best hitters are pitched to inside. However, he did acknowledge that punishment from Major League Baseball could come at some point, and if that’s the case he says “we will accept it.” Of course, what he won’t say, rather predictably, is whether or not Ventura’s name has been mentioned in trade talks with other teams, leaving little clarity on if the report from Yahoo! Sports was true or not.