Royals Hit With Another Injury, Lorenzo Cain to the DL 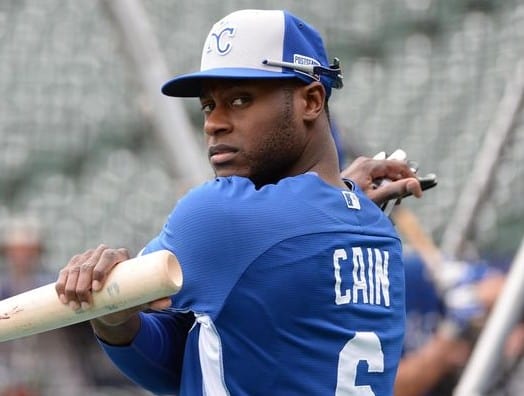 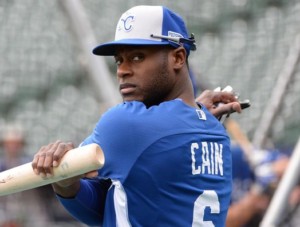 The injuries just keep on coming for the reigning World Series champion Kansas City Royals. Less than a week after getting Alex Gordon back from the DL, the Royals placed center fielder Lorenzo Cain on the 15-day DL Wednesday with a hamstring strain. Cain hurt his hamstring while trying to beat out a ground ball during the team’s loss Tuesday to the St. Louis Cardinals. The Royals have recalled Brett Eibner from triple-A to take Cain’s place on the roster.

Cain’s injury is just the latest in a string of injuries that have plagued Kansas City’s season. Third baseman Mike Moustakas is out for the season with an ACL tear; Gordon just returned from a month away with a wrist injury; and Salvador Perez has also missed time this season due to a quad injury.

Cain’s performance has dropped off from last season, but he’s still hitting .290 with eight home runs, 12 doubles, and an OPS of .752. He also took on even more responsibility over the past month with both Moustakas and Gordon out of the lineup.

Jarrod Dyson is expected to step in for Cain as Kansas City’s regular center fielder, which should at least prevent a significant drop off for the Royals from a defensive standpoint. However, Dyson has been slow to get going offensively this year, hitting just .252 on the season and .194 in the month of June. He also does not pose much of a power threat, especially compared to Cain.

The Royals also have the option of moving Paulo Orlando to center field and playing Eibner in right field, which would give Kansas City’s lineup a little more offensive firepower. Orlando is hitting .343 this year and also brings plenty of speed to the table, while Eibner has been productive in his limited time in the majors this year. The extra offense could prove necessary for the Royals with both Cain and Moustakas on the shelf.

The Royals are unsure about how much time Cain will miss, but those within the clubhouse are confident the team will be able to handle his absence. “Obviously, Cain is one of a kind. We’ve seen [Dyson] step in before and do the job,” Gordon said Tuesday night before the Royals placed Cain on the DL.

A few weeks ago, an injury to Cain or another key player may not have been such a big deal for the Royals. However, Kansas City now finds itself in a danger zone with regard to repeating as AL Central champions. The Cleveland Indians have caught fire, putting the Royals six games out of first place, as well as half a game out of a wild card spot.

Losing Cain will undoubtedly make it harder for the Royals to gain significant ground on Cleveland, meaning a wild card spot may be a more realistic goal for Kansas City. The injury may also force the Royals to explore the outfield market during trade season. Of course, the Royals won’t look into making a trade until they have a better idea about Cain’s timetable for a return.