You don’t need to be a sports geek to not know that Kobe Bryant and Tim Duncan are some of the greatest names ever written in sports history. Over the past two decades, these two players have dominated the NBA league and now it’s time to turn a new page, not just in Los Angeles, but also in San Antonio. The face of the franchise finally retired and now the Spurs, despite having Parker and Ginobili, need to focus on other things and players like their defensive monster Kawhi Leonard. 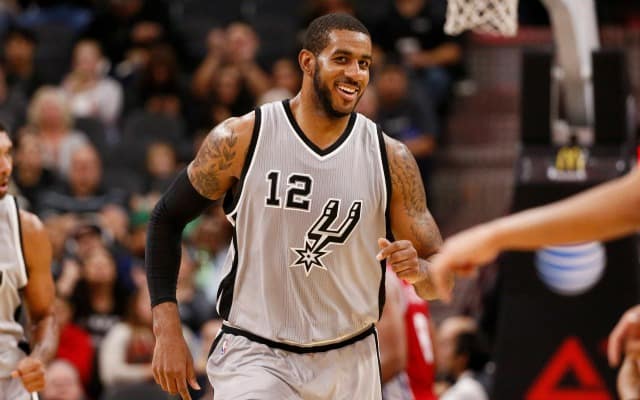 Kawhi Leonard is on a great path to replace Tim Duncan as the new face of the franchise, LaMarcus Aldridge is a dynamic second fiddle, and with those two on the team, Gregg Popovich has a good core to continue with winning games no matter who is on the floor. Nevertheless, Pau Gasol, who joined the Spurs during the summer (on a 2-year $30 mill. deal),  still has some good years in front of him, where on the offensive end he thrives in rebounding, scoring and passing. Although the Spurs offense looks pretty darn good, the defensive part is something that could be a downgrade to the team this year. The bench depth is another loss since they traded Boris Diaw and gained a veteran power forward David Lee, who honestly didn’t show much besides warming the bench. They also got rid of Boban Marjanovic, who was a jewel amongst the rookies, but he earned his payday in the Pistons at Pop’s urge of course. 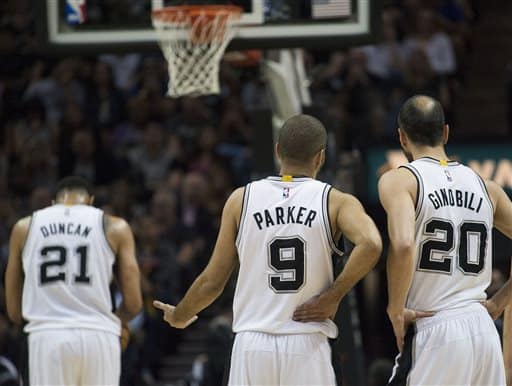 The Duncan-Parker_Ginobili trio was one of the greatest Trios in the history of the NBA!!!

In addition, the fact that Tim Duncan decided to retire was actually the biggest punch for the San Antonio Spurs defense, because of the fact that their defensive system relied so much on him. Even if Leonard stays healthy, he may not have enough help around him to carry this team to the finals. Playing 82 games requires significant physical strength and the management needs to be aware of injures during the season. However, the postseason will show if the Spurs are ready for another title. Nevertheless, during the preseason Popovich could squeeze wins out of his bench with ease, but the postseason is what truly matters and the bench depth plays a huge role. The continuity is something that the franchise had generally thrived, but now the frontcourt seems to be in overhaul. With the last season’s addition of LaMarcus Aldridge and now Pau Gasol, it is interesting where the focus of their offense will be. There were, however, several reports indicating that Aldridge could leave the Spurs at some point during the 2016/2017 seasons, though he himself only stated that he is quite happy staying in the Spurs. 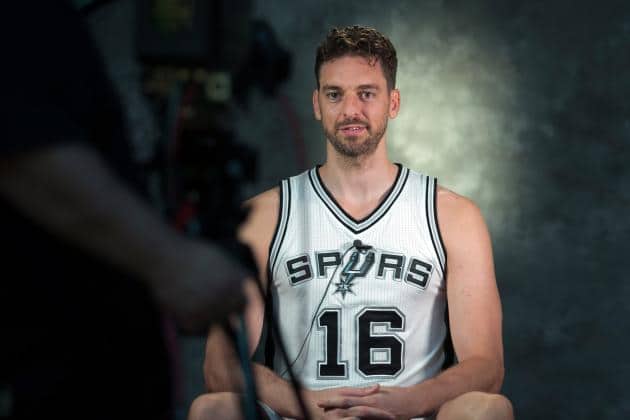 Pau Gasol 36, still has plenty left to offer on the NBA courts!!!

In the best case scenario for the Spurs, the Duncan – Gasol transition will only have small hiccups and the San Antonio Spurs should remain an astonishing defensive team. Kawhi Leonard’s numbers will only increase in relation to the last years season, and with the MVP race so wide open, for the first time in his career he will raise the Most Valuable Player trophy. Coach Pop continues to extracts most of the potential from his bench and in that way keeps his team’s core fresh and ready for the postseason. As the Golden State Warriors struggle with their new chemistry, the Spurs win 62 games and win the top seed in the West. With the home court advantage they win against the Warriors and make it to the NBA Finals for the first time since 2014. They face the defending champions Cleveland Cavaliers and win the NBA title led by their fantastic duo Leonard and Aldridge at the frontcourt. 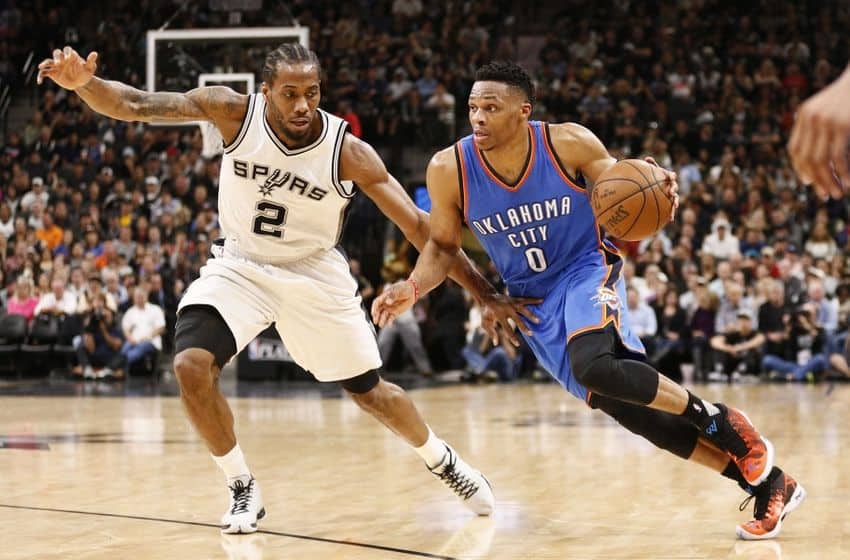 Kawhi Leonard is, once again, the favorite to win the Defender of the year award!!!

However, this is only the best case scenario that the fans at the AT&T Center hope for. More realistically, this team will still be a top 10 defensive unit, and their offense will be borderline unstoppable with Gasol’s scoring, rebounding and passing thrown into the mix. The Spurs, aside Gasol, will still largely depend on Leonard, Aldridge and the aging Parker and Ginobili, while Danny Green is expected to be at the level from 2 years ago, especially when the postseason rolls around. With, probably, the best coach in the NBA on the sidelines, the Spurs should remain the title contender despite the fact that the Warriors signed KD. They are projected as the 2nd placed team in the Western conference and we wouldn’t be surprised at all if we saw the Spurs taking on the Warriors in the Western Conference Finals clash!!!

In addition, Kawhi Leonard, if he remains healthy, should be, once again, the Defensive player of the Year candidate, while his team should record at least 56 wins.