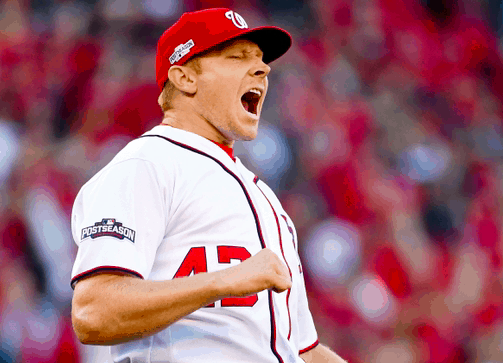 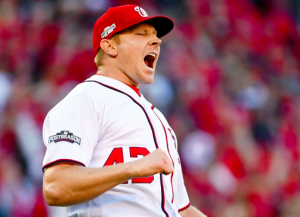 The San Francisco Giants have signed closer Mark Melancon to a four-year contract worth $62 million. The team has yet to officially announce the deal, which is pending a physical, but multiple sources have confirmed the agreement. When official, Melancon’s contract will set a record for the highest ever signed by a closer, breaking the record previously held by Jonathan Papelbon of $50 million. However, Melancon’s record will likely be short-lived, as both Aroldis Chapman and Kenley Jansen are expected to sign for even more money this offseason.

Melancon was traded from the Pirates to the Nationals at the trade deadline last season. He finished the year with 47 saves in 51 opportunities, posting a 1.64 ERA, making him a hot commodity on the free agent market this winter. The Nationals were among the teams interesting in signing him to a long-term deal before Melancon agreed to terms with the Giants. Washington reportedly offered him a four-year deal, but one that was less than $60 million.

From San Francisco’s perspective, adding a top-flight closer was the biggest priority of the offseason. The Giants had a dreadful bullpen in 2016, a problem that most likely cost them the NL West and nearly cost them a playoff spot. Santiago Casilla was San Francisco’s closer for much of the season, but ultimately lost his job after nine blown saves. The Giants entered the postseason with uncertainty at the back end of their bullpen, and it showed during the NLDS against the Chicago Cubs, all but forcing them to sign a marquee closer this winter.

The Giants made an effort to trade for Melancon at the trade deadline, but were unable to acquire him or any other frontline closer. Giants GM Bobby Evans has publicly lamented not making a harder push to acquire Melancon last summer, and that may have inspired San Francisco to make sure he didn’t get away from them this time around.

Of course, the Giants may not be finished adding to the bullpen this winter, as Casilla, Javier Lopez, and Sergio Romo are all free agents this offseason. The likes of Derek Law, George Kontos, and Hunter Strickland figure to have important roles, but it wouldn’t be surprising to see the Giants pursue other relief pitchers via free agency or trades to provide some support for Melancon.

Meanwhile, Melancon signing for four years and $62 million will help set the market for the other free agent closers available, most notably Chapman and Jansen. Chapman has said that he’s looking for a six-year contract, a deal that could potentially be worth in the neighborhood of $100 million. Jansen is also being pursued by quite a few teams and will likely sign for more than Melancon at some point this winter.

As for the Giants, they got their man and should be quite pleased. San Francisco needed to sign a competent closer, and moved quickly to get one. When all is said and done, Melancon’s contract may look like a bargain compared to what Chapman and Jansen may receive, making the Giants even more satisfied to have signed him. Meanwhile, Melancon going to San Francisco leaves several teams, including the Nationals, scrambling to find a closer of their own.