The Miami Dolphins would love to return to the playoffs for the first time since 2008. With the win over Arizona last week, they improved to 8-5 but are still on the outside looking in because the 8-5 Denver Broncos own the tiebreaker over them. If they want to get in, they need to hope Denver loses two of their last three (Chiefs, Raiders, and Patriots) while they keep winning.

Winning will be easier said than done without their starting quarterback. Ryan Tannehill was knocked out of the Arizona game after taking a low hit from Calais Campbell, and the worst was feared–an ACL tear. But as luck would have it, he only suffered a sprain. 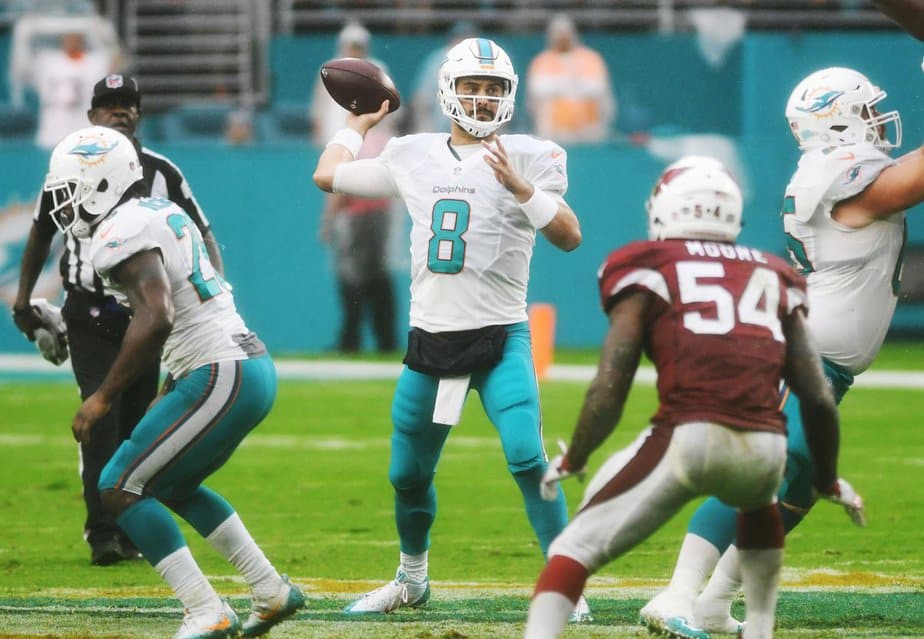 A sprain still knocks him out for a few weeks, but he would possibly return for the playoffs. That is if the Dolphins make it. If they do, it will be up to Matt Moore to guide them there starting with a win over the New York Jets Saturday night.

Moore hasn’t started in over five years, but the last time he did was back in the 2011 season when he started 12 games (and played in 13). He played well enough to be named the MVP for the 2011 season.

So—in Saturday night’s game we have a quarterback making his third career start and another who hasn’t made a start in five years. Is it possible to know less about the starting quarterbacks in a game?

Moore struggled to get the offense moving but did enough during the final drive of the game to get the Dolphins in a position to kick a game-winning field goal.

“I think I’ve filled my role the best I could and I’ve had opportunities to play, and it’s gone well,” Matt Moore said via ESPN. “I’m lucky I’m surrounded with a great team. I’ve got great guys on offense to work with.”

Bryce Petty looked terrible during his first start and in the first half against the 49ers last week. But against a terrible 49ers defense and with the help of a good running game, he led the Jets back from 14-down to a 23-17 overtime win.

“First half was probably about as ugly as I could play,” Petty said after the game. “I came out a little bit more nervous than I thought I was going to be. … Hats off to the team for sticking with me.”

The best chance the Dolphins have will be if Matt Moore can get on track with his receivers early. They only had him attempt a few passes in the quarter he played last week, so it is hard to say how he’ll look. If he can connect with his guys early, the Jets will be forced to respect the passing game which should open some lanes for Jay Ajayi (who hasn’t played particularly well in about a month). 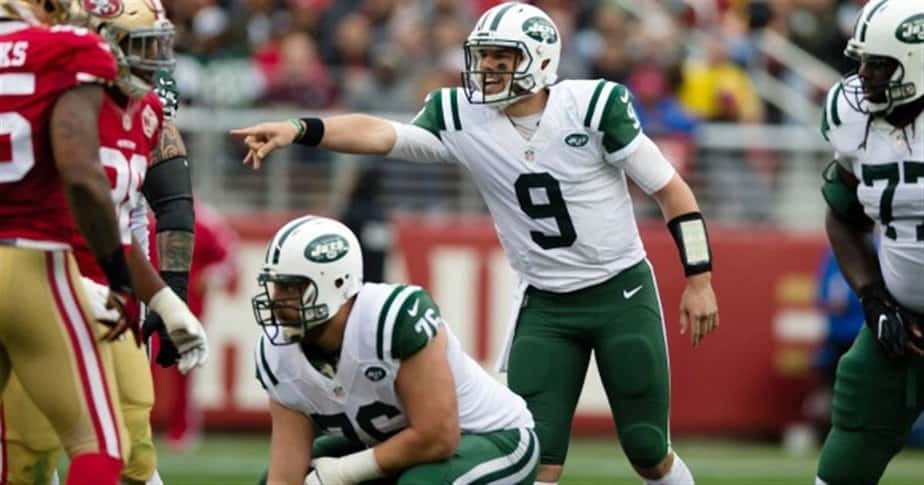 Moore could certainly use some help from the running game this week; last time they played the Jets, Ajayi had 111 yards on 24 carries. Another such day (or better) would certainly come in handy. Otherwise, the Dolphins will need their defense to step and remind Bryce Petty that he will be making only his third start. They had the benefit of a 96-yard kick return for a touchdown by Kenyon Drake to help them beat the Jets earlier this season, but they can’t count on getting another one (or at least they shouldn’t).

It’s not hard to imagine Miami’s No. 8 pass defense doing just that. But the Jets are more likely to put the Dolphins run defense to the test. The success running the ball the Jets had against the 49ers was the key to winning that game and could be the same Saturday night. Miami isn’t as bad against the run as San Francisco, but they are one of the league’s worst.

Matt Forte is expected to play, but Bilal Powell did a great job last week if his injury acts up.

The game has potential, but it is not exactly an enticing match-up. But the NFL puts it on since they know fans will be hungry for football on Saturday with the college football regular season wrapped up. Yes, Bowl Season starts Saturday, but which would you rather watch—the  Jets and Dolphins or Southern Miss and Louisiana-Lafayette?