Coaches are fond of telling their guys there is no “I” in team, and with good reason. They don’t want anyone thinking they are more important than anyone else is. But the truth of the matter is that one guy is a bit more important than most—the quarterback.

Wide receivers can’t catch passes that aren’t thrown to them. If a passing game starts to fail, defenses play to stop the run since they know the passing game isn’t going to be a problem. If you can’t pass and can’t run—well, you can’t win. 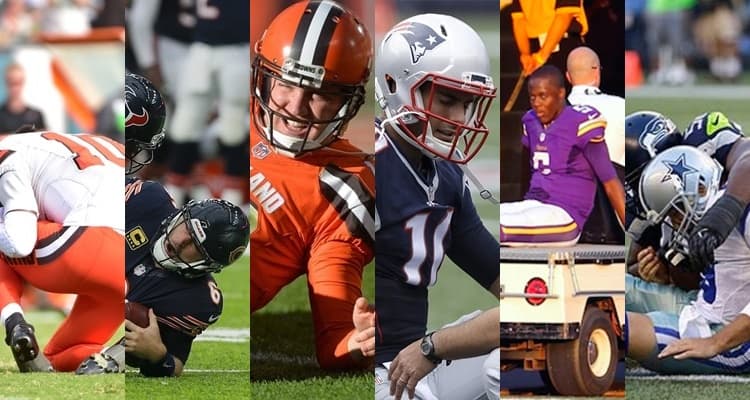 Occasionally, teams get lucky and can deal with the loss of their star quarterback, but it typically doesn’t work that way. The Dallas Cowboys couldn’t replace Tony Romo last year and went on to finish 4-12.

Just two weeks into the season, five teams (seven if you want to count Seattle and Philadelphia) have been impacted by injuries at the quarterback position:

So far, so good. Prescott looked promising during the preseason and could have the team in good shape when Tony Romo comes back.

Maybe if they were not playing a team with a defense like the Houston Texans, this would be no big deal, but the Texans front seven have to be licking their chops for this game. However, the Patriots defense could do enough to keep the team in the game.

It would be surprising for the Browns to become good with Kessler at the helm. The team lacks talent in too many areas. What will be interesting is whether he plays well enough to make the Browns think twice about using the first pick in the draft next year (because they will more than likely end up with it) on Deshaun Watson.

Seattle hasn’t been forced to play without Russell Wilson (yet), but many thought he would miss his first game after suffering an ankle sprain against the Miami Dolphins. It was believed to be significant when it happened, but he was off of the injury report before last week’s game against the Los Angeles Rams. However, he was clearly not the same game against the Rams, and they did end up losing that game.

The Philadelphia Eagles have not had anyone fall victim to the injury bug, but the Teddy Bridgewater injury ended up having an impact on their quarterback situation when the Eagles traded their starting QB, Sam Bradford, to the Vikings. That opened the door for Carson Wentz to play even though the Eagles had been quite vocal about their plans to make him inactive this season and develop his skill set better before inserting him into the lineup.

Injuries are part of the game, and something teams have to be prepared to deal with. Most are not, because if the second-string guy was good enough to be a starter he would be one. But teams have to do what they can to prepare for the possibility.

It can be the difference between winning and losing; between hope and despair, and between a coaching staff and front office keeping their jobs.