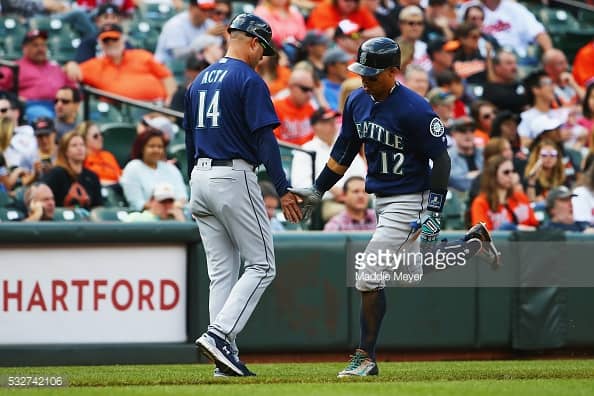 For the second time in less than a week, the Seattle Mariners have been forced to place one of their key placers on the DL. Last week, it was shortstop Ketel Marte, who suffered a sprained thumb. On Friday, it was outfielder Leonys Martin, who has been sidelined with a hamstring injury. Martin suffered the injury stealing second base in Wednesday’s win over the Oakland A’s, an injury that will hurt the Mariners, as they try to hold onto their slim 1.5 game lead over the Texas Rangers atop the AL West.

Martin has played a strong center field for the Mariners this season, and been a key part of Seattle’s lineup, recently moving into the leadoff spot. He’s currently hitting .262 with an OPS of .822. Nori Aoki replaced Martin in both center field and the leadoff spot in Seattle’s loss Friday night to the Minnesota Twins. Manager Scott Servais says Aoki will likely remain in center field while Martin is out, with Shawn O’Malley also seeing time time there.

Fortunately for the Mariners, Servais is confident the injury won’t force Martin to miss more than 15 days. “It was a situation where was it going to be seven days or 10 days?” Servais explains. “With a speed player with a hamstring injury like that, it’s delicate and you maybe need to be a little more cautious with it. If you play first base or third base or DH or something, it’d be a little different. But speed is such a big part of his game and how he plays and he’s never had a leg injury before, so we just thought it would be best to be cautious with this. We have a lot of season ahead of us.”

With Aoki moving from left field to center field, Franklin Gutierrez is expected to see most of the time in left field while Martin is out. Gutierrez has been sharing time in right field this year with Seth Smith and Nelson Cruz, although he’s hitting just .219 with three home runs on the season.

However, Servais appears to be more concerned with the loss of Martin’s defense than his offense, saying, “He’s such a premier defender that anybody you put out there that we have in our organization that could help, it’s a step down. That’s just the way it is. But you’re hoping to get by in the short term and it doesn’t get too exposed.”

Both offensively and defensively, the loss of Martin is a big blow for the Mariners, who are one of baseball’s surprise teams this season. With Marte also out, Seattle is just hoping to survive the next few weeks until they can get back to full health. Between now and the middle of June, the Mariners have six head-to-head matchups with the Rangers, a set of games of vital importance in the division race that will surely test Seattle’s depth in light of the recent injuries to Marte and Martin.