Sports Bettors Get High Even when they Lose

You may believe that sports betting is all about winning, but an in depth study done by the BBC showcases that it’s not quite the case.  Why do gamblers, even unsuccessful ones, keep getting a buzz?

Nobody enjoys losing. However, sports bettors and gamblers continue to wager even if they have the mentality that the house always wins. So why roll the dice again? Those addicted to gambling report that even with their losses piling, the buzz will keep them coming back to the sportsbook, card table, or slot machine. Please note that if you follow Jon Price’s betting advice then you have a winning and profitable record on your own but even clients whom Jon Price has advised and made them millions of dollars have gone on to place their own wagers and give back substantial earnings that

“I wanted to gamble all the time,” one former addict recalled to Scientific American in 2013. “I loved it — I loved that high I felt.”

And recently, one Wall Street executive admitted defrauding family, friends and others out of $100 million to feed his habit.

“It was just a way for me to get money to feed a gambling addiction,” he told the court.

What if somebody is addicted to gambling so much that they are losing their home to help feed their addiction? Does the risk = the reward? Winning is not the only reason why people gamble. Psychologist Mark Griffiths from Nottingham Trent University who is a behavioral psychologist specialist points out that sports bettors list a wide range of motivations for these habits.

After surveying 5,500 sports bettors and gamblers, the prospect to “win big money” was the strongest factor. But it was followed closely by “because it’s fun” and “because it’s exciting”.

“Even when you’re losing while you’re gambling, your body is still producing adrenalin and endorphins,” he says.

To further prove the theory and research a 2009 Stanford University study concluded that 92% of people had loss thresholds that they would not want to drop below. Those who lost some money after a sportsbook or Casino visit however were not impacted negatively.

“People seem to be satisfied with relatively small wins, and will tolerate even smaller losses,” said co-author Sridhar Narayanan at the time. “They tend to be conscious that, in the long run, they are more likely to lose than win.”

A small loss can be beneficial. At least for a brief moment in response to the next win. This is due to expectation with gambling and sports betting during a losing streak. “The luck is due to change right Billy?” 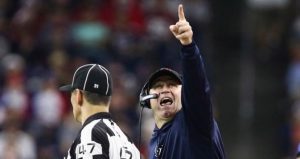 Robb Rutledge, a neuroscientist at London University conducted an experiment with 26 individuals. The brain scans looked for patterns when they were making selections with a certain outcome or an uncertain outcome on a particular gamble. After measuring their happiness after every 2nd and 3rd go. (A bigger experiment in which you can read about with 18,000 participants was called The Great Brain Experiment.)

The most intriguing findings by the psychologists and study group, is that the team discovered that when the study group had a very small expectation of winning a sport bet or slot pull that they would be much happier when they actually did win. So expect to lose and when you win you gain a happier and more delighted experience. This data was proven from the fMRI scans and the showcased activity in the brain that was elevated with dopamine neurons. For gamblers not familiar Dopamine (here is an encompassing overview on Dopamine), a complex neurotransmitter, could in this case be linked to changes in emotional state.

“If people lose a bunch and that lowers their expectations, that will increase how happy they are when they finally do win,” says Neuroscientist Rutledge.

“If a couple of bad things in a row happen to you and your expectations go down – but then you actually get some good outcomes, you’ll probably be happier,” he explains.

“Though you should probably walk away at that point.”

This alone is tantalizing and truly amazing. Sports Information Traders clients who bet on sports have a high expectation of winning. So anything sub par is a disappointment. “When clients know they are going to make an extra $50,000 by Christmas by working with Jon Price they get excited and only expect the best. It’s hard to exceed expectations of sports bettors here but we have managed to do so” says Jon Price the most successful sports bettor of all time.

The Curse of Slot Machines

Slot Machines and electronic gaming devices are actively manipulative as well, right? Griffiths has written about the cues that electronic gaming machines give to players. The Ding Ding Ding sets off a rush of seratonin. There still isn’t a confirmation of how this design affects and impacts player behavior. Bright colors and games designed towards woman will be Sex & The City while elders prefer to play Wheel of Fortune Slot Machines. All designed with a mathematical principle and a psychological edge for the casino behind the scenes according to Gary Loveman former CEO of Caesers entertainment.  Then there is the role of playing off one of our most important senses – sound. Griffiths wonders whether the taunts of a common machine referencing The Simpsons has an antagonistic effect on players.

When a player loses, for instance, the character Mr Smithers might declare, “You’re fired!” “In line with hypotheses supporting frustration theory and cognitive regret, this might make the electronic gaming machine more enticing,” writes Griffiths in one paper.

To view other forms of addiction and to try and measure this difficult habit we look at frequency. How Frequently do players make wagers. Either at the sportsbook, in game betting, at the slots, or at the tables. The availability of opportunities to bet on sports and gamble at a casino is linked with the level of problem gambling in a given community, Griffiths argues that it is the number of potential rewards – not actual rewards or even the type of betting is the issue that creates and inhibits degenerate gamblers.

Incentive gambling keeps players coming back. Rewards, credits, free trips, cars, anything to get to that next high on the next win is the psychology that keeps them coming back.

Games and machines are also often designed to keep players interested by offering substitute rewards, like additional credit or – after a loss – the possibility of winning bigger than usual next time.

“If you build in lots of little rewards that are not necessarily financial it will keep people responding,” says Griffiths.

A “Pseudo-Skill” to think that you have a strategy on slot machines or games of pure chance is one disadvantage that the casinos love. Sports betting is the best opportunity gamblers have to earn a high return with a refined percentage. There is adaptive logic that pays out based on customer interaction in periods of time and gamblers go after this but with no certainty that they will win. Those who have followed Sports Information Traders over the last 20+ years of Jon Pries career have all been profitable. No slot machine player for 20 years can say that.

So is gambling and sports betting about winning or the process and high that those derive from it? The process of betting itself is fun and exciting. It’s enjoyable and for a few profitable. Pathological gambling is unexplainable even after looking at brain waves. If you want to gamble do it safely but if you want to make money you do so with Sports Information Traders.

For the in depth story read here: http://www.bbc.com/future/story/20160721-the-buzz-that-keeps-people-gambling