The San Antonio Spurs can be a little frustrating at times to watch. They are not the most exciting team. They are not flashy by any means. You aren’t going to see a bunch of rim-rattling dunks or coast-to-coast drives. They are all about the fundamentals and a crazy little concept called—teamwork. When they are on point, and everything is clicking, they can be very hard to beat.

But when the Spurs are not—well, you better close the deal and get the game out of reach. If they get it together… 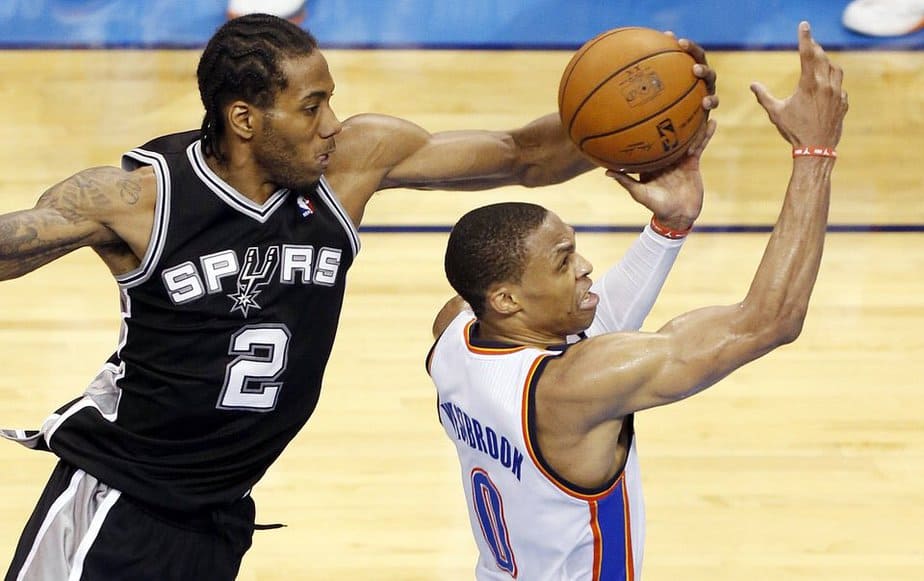 Friday night it looked like Russell Westbrook, and the rest of the Oklahoma City Thunder had done enough to put the game out of reach. They took advantage of a cold-shooting Spurs team to get out to a 25-16 lead after one-quarter of play. San Antonio started playing better in the second quarter, but Oklahoma City was still able to extend the lead going into halftime, 53-41.

Things had been looking up for the Spurs in the second, but then the third started, and it was all Oklahoma City once again. Halfway through the quarter, the Thunder had extended their lead to 21 points, 69-48.

To say it wasn’t looking good for the Spurs would be an understatement.

But when things click for the Spurs anything can happen, and from that point on—things clicked. They closed the third quarter on a 23-7 run to close the gap to five points, 76-71. It took a few minutes, but the Spurs finally erased the deficit with 3:47 to play (87-87) setting the stage for a dramatic finish.

LaMarcus Aldridge hit the shot that tied the game and ended up making the two game-winning plays down the stretch. His dunk with 20.7 seconds left put the Spurs up for good, 96-95. He followed that up with a block on Russell Westbrook’s attempt to retake the lead.

Kawhi Leonard took the ball the length of the floor, made his shot, and was fouled. His free throw put the game out of reach, 99-95, with 5.8 seconds to play.

After giving up a 22-point lead a couple of nights earlier, it had to be a relief to come out on the other end of such a comeback against a worthy opponent.

“I was real impressed with the grit of the whole group,” Spurs coach Gregg Popovich said. “That’s late to be down 21, and they just kept motoring along and trying to be disciplined, and it worked out.”

Kawhi Leonard led the way for the Spurs with 28 points and eight rebounds followed by Pau Gasol’s 17-points off the bench. LaMarcus Aldridge had a double-double with 14 points and ten rebounds. 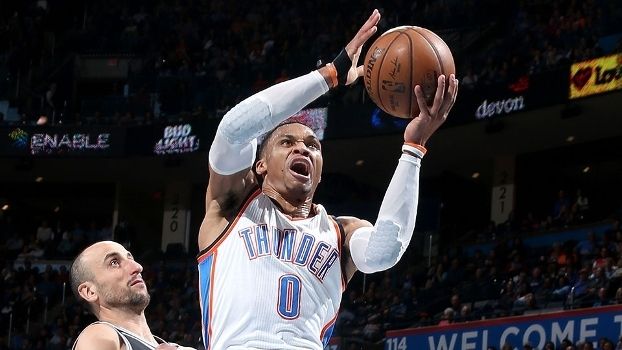 Russell Westbrook led all scorers with 32 points and recorded his 39th triple-double of the season with 15 rebounds and 12 assists. He needs two more over the Thunder’s final seven games to tie Oscar Robertson’s record.

Westbrook will try to get one game closer to the record Sunday when the Thunder host the Charlotte Hornets. San Antonio will try to keep the good times rolling when they face the Utah Jazz (also on Sunday).