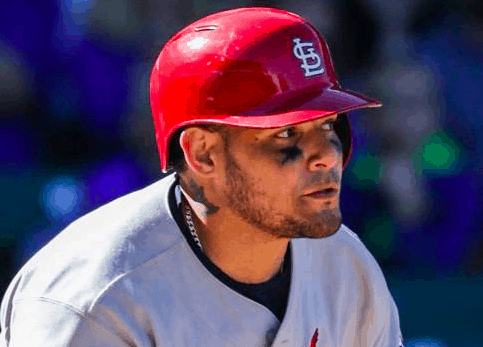 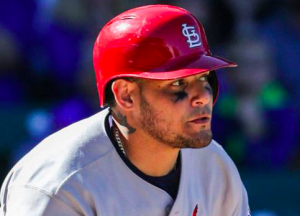 By opening day, baseball will have a new highest paid catcher. Fittingly, it will be St. Louis Cardinals backstop Yadier Molina, who is likely to go down as one of the best catchers to ever play the game. According to multiple reports, the Cardinals and Molina have agreed to a three-year extension that will allow Molina to surpass San Francisco’s Buster Posey as the highest paid catcher in baseball.

The Cardinals have yet to confirm the deal and it could be several days until the extension is made official. However, Ken Rosenthal is reporting that the sides have agreed to a three-year extension worth somewhere between $55 and $65 million. Molina was about to enter the final year of his deal, although the Cardinals could have exercised a $15 million option on their catcher for the 2018 season. With the extension, Molina will be staying in St. Louis through at least the 2020 season.

Despite being drafted by the Cardinals in 2000 and spending his entire career with the club, Molina has expressed a desire to explore the free agent market had he not received an extension beyond his option year in 2018. The Cardinals and Molina have been working on an extension for quite some time, with the team eager to keep their long-time catcher. Signing the extension should allow Molina to finish his career as a member of the Cardinals, as he will be 38 at the end of the 2020 season.

If any player in baseball deserves an extension from his team, it’s Molina. He’s been the heart and soul of the Cardinals since he first came up in 2004. He’s been an unbelievable defensive backstop and an iron man among catchers. Despite taking a beating behind the plate day after day, Molina has continued to produce at a high level offensively, hitting .285 with 105 home runs over the course of his career.

Molina has won eight Gold Gloves, four Platinum Gloves, and one Silver Slugger during his time in St. Louis. He’s also been a seven-time all-star and helped the Cardinals to two World Series championships. His value to the team extends far beyond the numbers, as he has become synonymous with the Cardinals. This extension is a well-deserved reward for his years of dedication to the organization.

Of course, as much as Molina deserves the contract extension, the money he’ll earn over the next few years may not coincide with the player he’ll be during that time. To be fair, Molina keeps himself in amazing shape and has held up extremely well over time. However, at age 34, one has to expect some kind of decline in the years to come.

Molina had a strong offensive campaign in 2016, although his power numbers have started to dip in recent years. He also endured a sluggish 2015 season in which he produced a disappointing OPS of .660, his lowest since 2006. On the contrary, Molina has been able to avoid the DL for much of his career and started an amazing 142 games behind the plate last season, so perhaps he can remain durable for a few more seasons.

Despite some risk involved in making Molina the highest paid catcher in the game during the late stages of his career, the Cardinals appear confident that he has plenty left in the tank. Ultimately, there are few players in baseball more deserving of this kind of extension and few players worth betting on more than Yadier Molina.