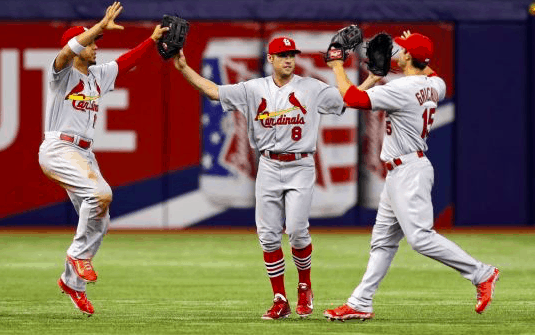 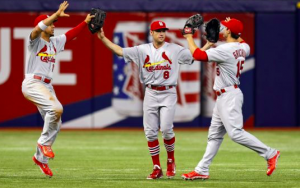 A run of five straight postseason appearances ended for the St. Louis Cardinals in 2016. The Red Birds made a late push for a wild card spot, but suffered far too many to overcome, leaving St. Louis looking to make significant improvements to get back on top of a division that could be dominated by the Chicago Cubs for years to come. Center field is one position in particular that the Cardinals wish to upgrade this offseason, as the team is carefully weighing all of its options there.

Center field was undoubtedly a problematic position for the Cardinals in 2016. Randal Grichuk struggled offensively after a breakout season in 2015, being demoted to the minors on multiple occasions during the course of the season. The Cardinals were also underwhelmed with his defensive efforts, and so they would prefer to move him to left field in 2017. Tommy Pham also saw time in center field last season, but he failed to make much of an impact offensively. The Cardinals even experimented with Kolten Wong in center field, but it’s clear that his future is back in the infield.

“Clearly that’s an opening,” Cardinals GM John Mozeliak said earlier this offseason when asked about center field. Mozeliak has also spoken about his desire to improve the team’s defense, hinting that a great way to do so would be to add a center fielder who plays quality defense and can be a consistent contributor offensively as well.

If the Cardinals are aiming high, Dexter Fowler and Ian Desmond will likely be at the top of their wish list. Fowler is easily the best center fielder on the market in terms of what he brings to the table both offensively and defensively. However, he will come at a high price, and that cost will include the Cardinals sacrificing their first round draft pick. Desmond, meanwhile, may not provide the kind of defense the Cardinals supposedly covet in center field, which could make them less likely to go after him in free agency.

One potential target on the trade market is Marcell Ozuna of the Miami Marlins. The Marlins certainly appear open to trading Ozuna, especially if they can acquire starting pitchers in return. The Cardinals have plenty of pitching, and if they’d be open to trading some of it, they could bring Ozuna aboard to be their center fielder. Despite being moved to left field the second half of 2016, Ozuna plays a solid center field and brings plenty of pop offensively, as he appears to fit the profile of what the Cardinals want in a center fielder.

Of course, the Cardinals may look at alternative options in center field that may be less expensive. Carlos Gomez is an intriguing name after he finished 2016 strong, although there is some risk after his struggles the past couple of years, especially if he requires a meaningful financial commitment. Austin Jackson, Michael Bourn, Drew Stubbs, and Jon Jay are also under-the-radar type players who would at least provide the Cardinals with competent defense in center field, despite no guarantee of making a positive impact offensively.

The Cardinals, like most teams, don’t appear to be in a big hurray to make a move this offseason. Unless they go after Fowler, St. Louis is unlikely to be shopping at the top of the market with regards to looking for a center fielder, and so they will likely wait to see how the market plays out before they make a move. However, the Cardinals do appear to have quite a few options when it comes to finding a new centerfielder, and it should be interesting to see how the Cardinals try to improve themselves in the outfield this winter.