"Mr. Price has been given the "Billy Walters treatment" by the betting establishments in the Las Vegas area, due to his distinct ability to pick winners and cost casinos millions."
Home
handicappers
Steve Fezzik 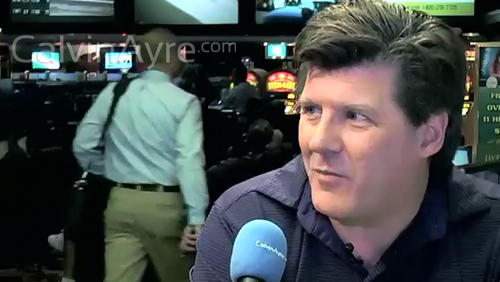 Steve Fezzik is one of modern day sports betting’s Rain Man. He’s simply brilliant at playing the sports betting odds in his favor, and has made a very fortunate living from his winnings wagering on sporting contests. And by the way, his real name isn’t even Steve Fezzik. It’s a made up pseudonym that he uses in order to protect his identity and consequently, his safety.

So, the man known as “Steve Fezzik” averages approximately $60,000 on sports picks on any given day of the week. For an average day of $60,000, Steve is even high for high roller standards. He’s done this successfully for over a decade with no signs of slowing down. He’s been compared to other modern day great sports bettors like Jon Price and Billy Walters due to his prolonged profits from his sports wagering picks.

He’s a two time Hilton Contest Winner and has 6 major sports betting contest wins under his belt with nearly $1 million in prizes from his winning picks. He’s been steady growing in his popularity over the last decade as his reputation was built on great NFL picks and parlayed into big success.

Not only does Steve beat the house, but he beats the public, particularly. Part of Steve’s strategy is to only play plays that the public has significantly titled. He sees this as a large gap in information between the professional line makers and the public at large, and he makes his wager accordingly. This broad strategy has made Steve Fezzik one of the most successful sports gamblers of the modern age and has more than earned his right to retire to his fortune whenever he chooses. But it was never about the money with Fezzik, it was about being the best. And he’s certainly earned his right to be in the debate of who’s the greatest sports bettor in the modern era.

Another man who has already earned his sport at the table of the greatest sports handicappers in the modern era is our own founder and lead sports picker, Jon Price. Mr. Price started Sports Information Traders over 20 years ago and has since built his company’s reputation as being the best documented sports pickers in the modern sports handicapping industry. Mr. Price spares no expense in ensuring that his clients receive only the absolute best daily betting information to help you win your sports wagers. And unlike so many of the world famous and best sports pickers of the last 20 years, Mr. Price is one of the very few that actually sells his picks and winning sports information to the common fan. So get in the door now by signing up on our homepage for today’s top information play and let our team help get you on the winning side of tonight’s action.