According to the Dallas Cowboys, there is no quarterback controversy. Jason Garrett said he never thought about removing Dak Prescott from last week’s game for Tony Romo and that the team has not considered benching Prescott for Romo, leaving many with one question. 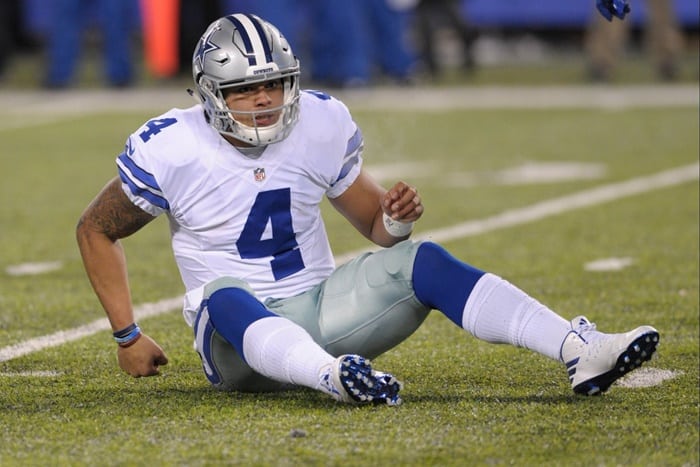 He wasn’t bad against the Redskins, but maybe if the offense had been able to convert more than 50 percent of its third down opportunities the Redskins wouldn’t have made it so close (of course, it wouldn’t have hurt if the defense could have at least annoyed Kirk Cousins a little bit).

So—what’s the problem? Is it the dreaded rookie wall? Is he trying to force too many balls into Dez Bryant? Are defenses catching up with what he can and can’t do? Have they seen enough to dissect his tells? Does the NFL have Dak Prescott figured out?

Could it be just that the Vikings and Giants defenses are that good? If that’s the case, how concerned should Dallas fans be about the Tampa Bay defense this week? The Buccaneers controlled Drew Brees last week, dominated Russell Wilson and Alex Smith, and did a good job against Alex Smith.

Will they be able to do the same to Prescott or will he be able to rise above and reassert himself as the starting quarterback for the Dallas Cowboys?

Of course, what gets lost in all the Tony Romo-Dak Prescott talk, is that the team still played well enough to win against the Vikings and except for a 61-yard reception by Odell Beckham Jr., they played well enough to win that one too. Good teams are not just ones that never make mistakes and blow everyone they play out of the water. They are also the teams that can have bad games and still find a way to win.

So, how will Dallas find a way to win over Tampa Bay? 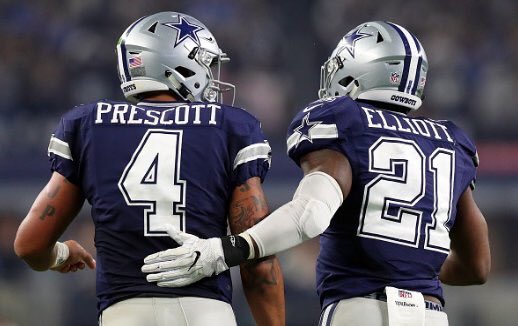 Well–they’ll keep the defense off the field. No one believed the unit would be any good when the season started, and it shouldn’t be. But the team has coached the players they have to play very aggressive and very hard to help them cover up their deficiencies (which results in the occasional interference penalty). However, if the unit is on the field too long, it tends to start slipping.

To do that, they’ll need to get the running game established early and maintain it. But Dallas will also need to start doing what the offense has failed miserably in the last two weeks—convert third downs. Any scoring drive is a good scoring drive, but the best ones eat up a lot of time and keep the opposing offense from finding any rhythm.

Of course, the Buccaneers defense will be doing their very best not to allow the Cowboys to dictate the ebb and flow of the game. However, stopping the run is not what they do best. But the Tampa Bay front seven is determined to make sure whatever yards Elliot gains, do come easy: 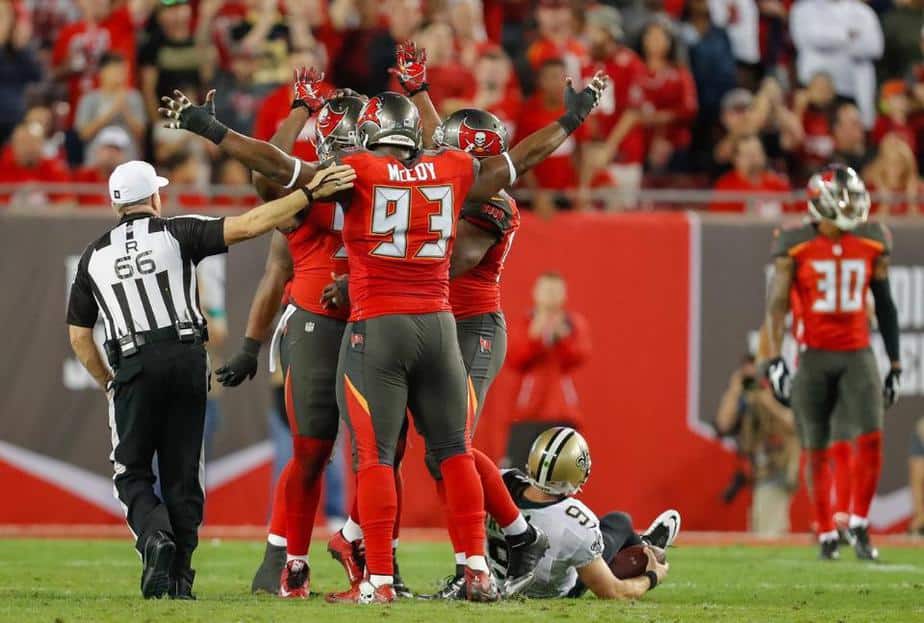 For the Buccaneers, the plan is simple. They need the mistake-free version of Jameis Winston to show up and for the defense to abuse Dak Prescott much in the same way they did Russell Wilson. If they can do that and slow Ezekiel Elliot down a little bit, they will have a good shot at winning the game.