Heading into Sunday night’s game against the Tampa Bay Buccaneers, there was more uncertainty surrounding the Dallas Cowboys than you would expect for an 11-win team. But after the loss to the Giants, the Dallas bandwagon became much lighter, and the haters found courage in numbers. Can the defense hold up? Has Dak Prescott hit the rookie wall? Is it time to go back to Tony Romo?

Tampa Bay’s bandwagon, on the other hand, has become crowded. The Buccaneers came into the game riding a five-game winning streak that included dominant performances against some of the best offenses in the NFL—seasoned quarterbacks, not rookies like Prescott. 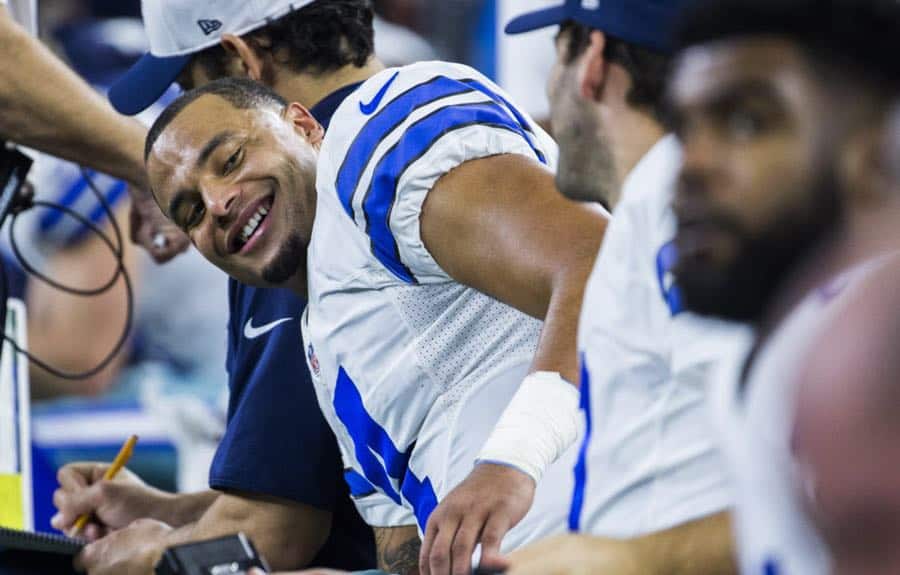 The Prescott that the Giants saw but not the one that showed up to play Sunday night. Dallas’s rookie quarterback needed to reassert his hold on the position and succeeded in doing just that as he got the Cowboys back on the right side of the scoreboard with a 26-20 win over the Buccaneers.

Prescott got plenty of help from his running back, Ezekiel Elliot, who had 188 total yards (159 rushing, 29 receiving) and a touchdown on the night. The touchdown came in the second quarter and made Elliot the Cowboys rookie rushing touchdown record holder with 13 (previous record held by Tony Dorsett).

Rather than celebrate the touchdown and new record with some sort of silly dance (like most players would do), he decided to jump into the life-size Salvation Army red kettle behind the end zone. He was flagged for it of course, and it will not be shocking to see him get fined later in the week.

As it turns out, that possibility was something he had talked about before the game:

“He was actually talking about that pregame, should he do it, will they fine him,” said Prescott when asked about Elliott’s celebration [Update: He is not expected to get fined.]. “I didn’t know he was actually going to go down and come back up slow. Got a good laugh out of it, him coming up real slowly. It was funny.”

Elliot’s touchdown was set up by one of four turnovers committed by Buccaneers quarterback Jameis Winston. The one in question was a fumble caused by a sack by Terrell McClain. Winston would end up throwing three interceptions and was sacked four times–twice by the game’s defensive star, second-year lineman David Irving.

“I never even thought that I would be in the NFL,” Irving told the media after the game. “It’s amazing that I’m here…I’m an orphan. The whole D-line, we’re all orphans. We don’t have the flash or the hype, no pass rush, no name, we don’t care.” 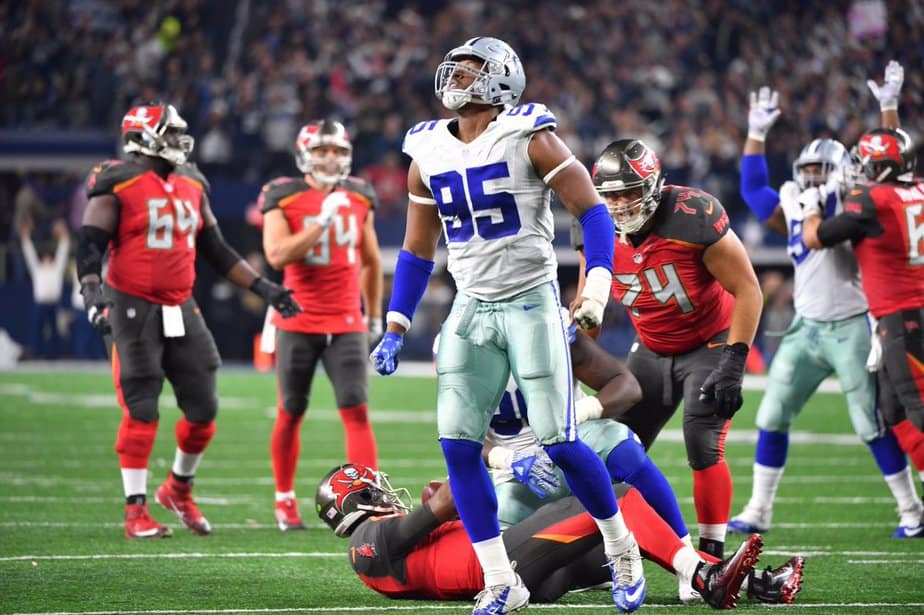 Irving finished the night with two solo tackles, two sacks, two tackles for a loss, a pass deflection, and five hits on the quarterback. As a unit, the defense played well overall, holding a good Tampa Bay offense to six points in the first half and just 276 total yards (and 52 on the ground).

While they slacked off in the third quarter and allowed the Buccaneers to take the lead after back-to-back touchdown drives, it rebounded in the final quarter to hold the Buccaneers to just ten yards and forced two of Winston’s four turnovers.

But the one guy that everyone wanted to watch—Dak Prescott–ended up having the best night completing 32 of 36 passes for 279 yards, and added another 20 yards and a touchdown on the ground.

“Last week I got away from my usual taking what they give me, getting the ball out quick and being patient,” Prescott said. “Tonight was just getting back to what I’ve been doing all year long.”

His 88.9 completion percentage is the second highest in NFL history for a quarterback with 30+ pass attempts, and second highest in team history (Tony Romo completed 18 of 20 against Indianapolis a couple years ago). 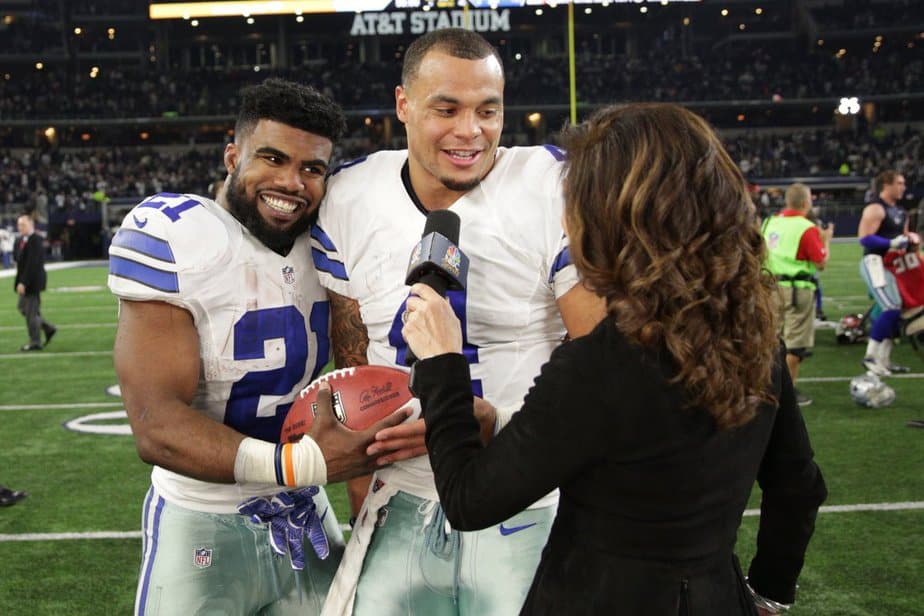 Despite the win, Dallas was not able to lock up the division since the New York Giants won earlier in the day. That will have to wait until either the Eagles beat the Giants Thursday night and they beat the Lions Monday night, or until Dallas beats the Eagles on New Year’s Day.

With the Falcons win over San Francisco, Tampa Bay no longer controls their own destiny and falls behind Washington in the hunt for the No. 6 seed in the NFC.