For the last three months, the Dallas Cowboys have been riding high but with one nagging thought in the back of their collective minds: man, we could so handle those pesky Giants if we played them now. As luck would have it, the scheduling gurus with the NFL decided the two teams were to meet on Sunday Night Football—so they would get their chance.

Just like when they played in Week One, the offense couldn’t get it together when it mattered most and the defense slipped up just enough for the Giants to score more (10) than the Cowboys (7). 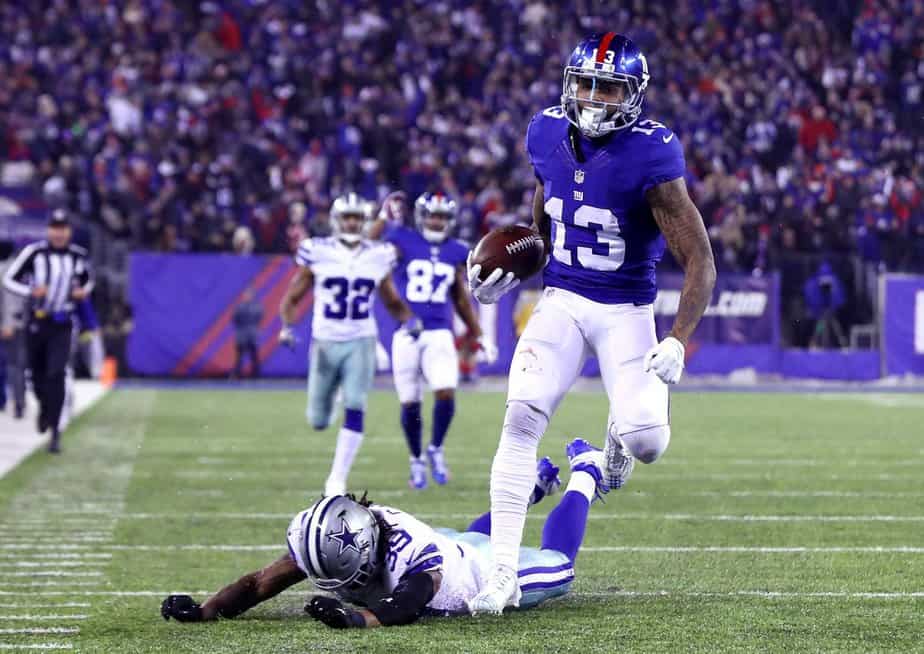 It looked promising for the Dallas Cowboys early on. The defense got the job done in the first half by putting some pressure on Eli Manning, containing any attempts by the Giants to run, and forcing a pair of fumbles. The offense started off like it was going to do its part when it went on a 10 play, 67-yard drive that ended with a 31-yard pass from Dak Prescott to Terrance Williams.

But that was it.

Dak Prescott and the offense wasted a good half of football by their defense by failing to take advantage of either fumble. After the touchdown, they only gained 110 yards on five drives with 42 of it coming on the final drive that ended with Dan Bailey hitting the crossbar from 55-yards out for a rare miss.

Both defenses remained in control of the game in the second half, which you would think would be good for the Cowboys since they had the lead, but Dallas does not have a defense built to win games. The longer they stay on the field, the more exposed they become—and eventually they allow a big play or two and the team falls behind.

Sure enough—after holding the Giants to a field goal on an 11-play drive, Dak Prescott throws his second interception of the day. Two plays later, Eli Manning hooks up with a wide-open Odell Beckham Jr. who easily outruns the Dallas secondary for a 61-yard touchdown and a 10-7 Giants lead.

Ezekiel Elliot did his part for the Dallas offense with 107 yards on 24 carries, but he didn’t get much help from Dak Prescott—who had his worst game as an NFL player (17-37 for 165 yards, one touchdown, and two interceptions). Prescott often looked a lot like the inexperienced rookie that debuted against the New York Giants in September.

He was often off-target (high and low), and instead of taking what was available, he tried to force passes in. Both interceptions came when he tried to connect with Dez Bryant. When he finally did force a pass into Bryant’s hands late in the game (2:25 left), Bryant fumbled.

The Cowboys defense stepped up and got the ball back with 1:06 left to play, but with the ball on the three-yard line. Four incomplete passes later, the streak was over. 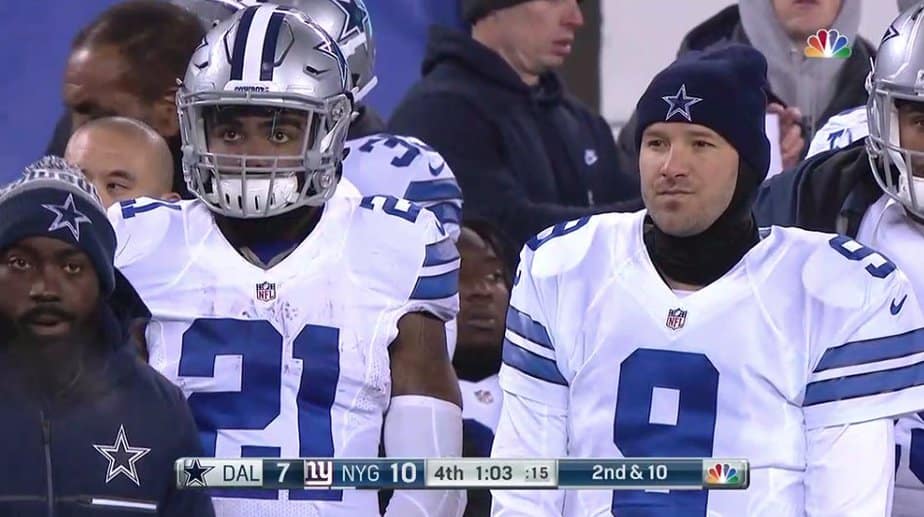 Dallas could have wrapped up the division and a first-round bye with a win, but the loss keeps the window open for the Giants (for now). They have another tough one on deck next Sunday night against the Tampa Bay Buccaneers—but the question on everyone’s minds for the next week will be whether it should be Dak Prescott or Tony Romo running the offense.

The Giants will try to keep pace with a win over the Detroit Lions.