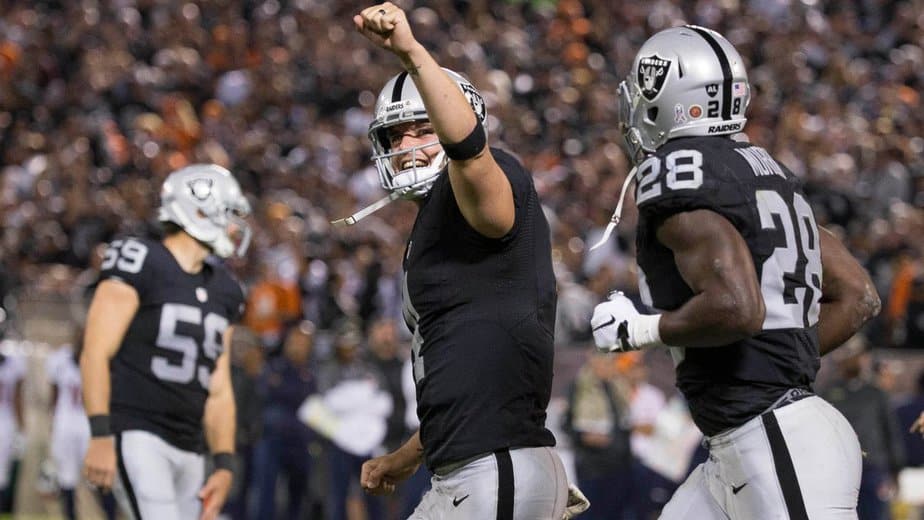 It’s been a long time since the NFL season has been as far in as it is with the Oakland Raiders in command of their division—but they are. They entered Sunday night’s game against the Denver Broncos tied on top of the AFC West with 6-2 records. When the game was done, it was evident who the toast of the AFC West was—and it wasn’t the defending Super Bowl champions. 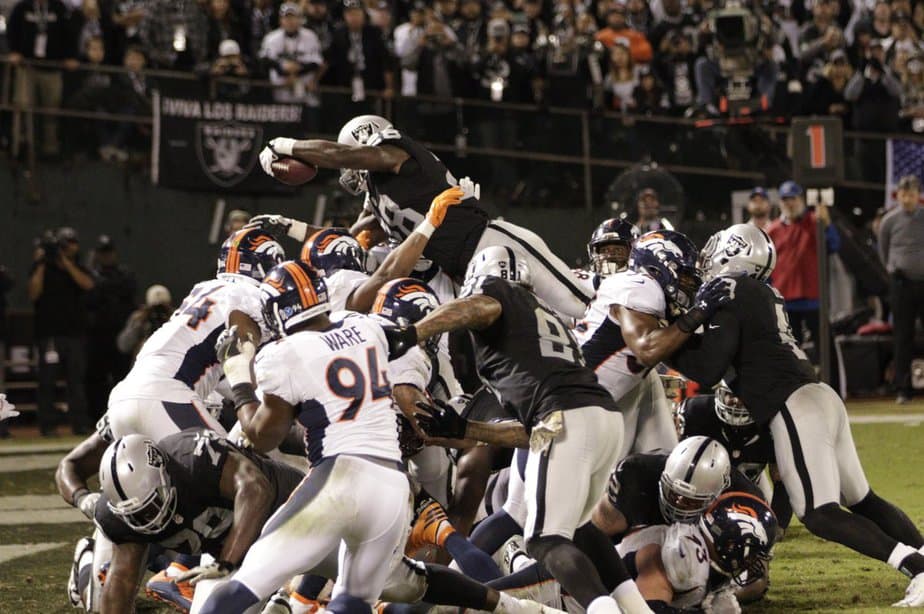 In short, no stupid mistakes. Beating Denver would require the Raiders to play a good, clean, relatively error-free game—so they did.

Rather than play to their strength and air it out against the best pass defense in the league, the Raiders played it smart. Instead of leaning on Derek Carr and expecting him to make plays happen, they kept the passing game conservative (20-31, 184 yards) and put the running game to work.

The Raiders kept it simple on offense. Carr (20-31, 184 yards) made safe, conservative passes from inside the pocket while leaning on the running game to lead the way. Powered by Latavius Murray’s big night—114 yards three touchdowns—the Raiders racked up 223 yards on the ground; more than any other team had against Denver since the Patriots ran for 252 back in Week Five of the 2012 season.

It was also Murray’s first 100+ yard game since last November (Week Eight; he had 113 yards against the Jets).

A week after penalties and turnovers nearly cost them the game. It was the other team getting flagged and turning the ball over that helped them win this week. Denver ended up getting flagged 12 times for 104 yards resulting in seven first downs for the Raiders. A Trevor Siemian fumble set the Raiders up on a short field and led to the game-icing touchdown that put Oakland up 30-13 with 6:09 to play.

Denver was missing some of their key defensive players, but one of the many signs of a good team is being able to plug guys in and still play well.

“We gave up 200 yards rushing today,” Brandon Marshall said. “That’s definitely not the mark of a great defense, we can’t just get run over.” 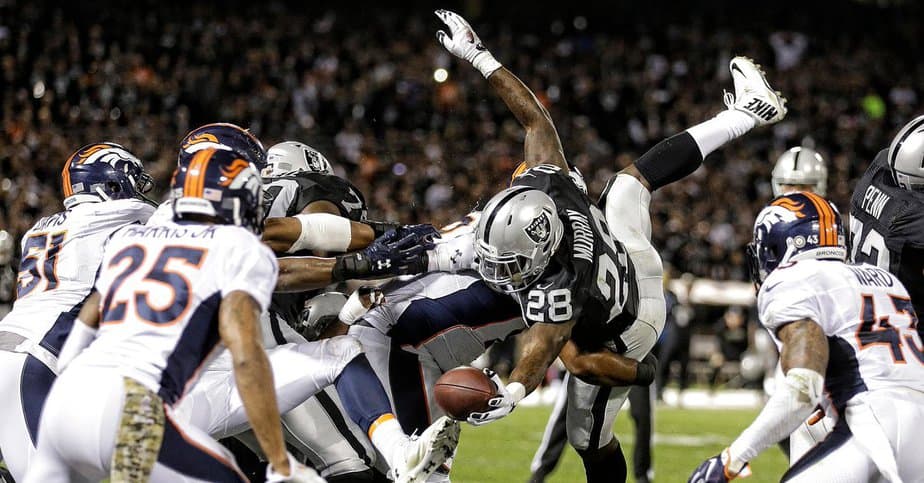 The win improves the Raiders to 7-2 and has the team enjoying its best start in 15 years. It’s also the first time they have been led the division this late in the season since Week 12 of the 2011 season when they were 7-4.

Most of the wins are against lesser teams, and even the Broncos are not the team they were a year ago when they won the Super Bowl—but they are still the defending Super Bowl champions.

It’s never a bad thing when you can say you beat the champs.