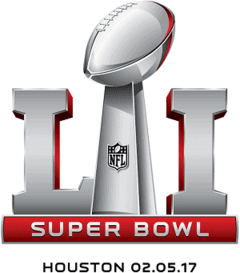 The Super Bowl is always one of the most bet on sporting events in the world every year. The most common bet regarding the game, of course, is picking which team will make it and win. The odds for each team to win the Super Bowl are updated with each change to a team, but as of now, the New England Patriots are the favorites to be crowned the Super Bowl LI winners. But, what’s the fun in betting for the favorite? Below are the five best dark-horse NFL squads that could shock the nation next February, and make bettors a lot of money.

First off, let’s establish what a dark horse means in this sense. There are eight teams that have better than +2,000 odds at the moment, and they include:

None of these teams should be considered dark horses; obviously, they’re the odds-on favorites to win it all.

Pretty much every other team, however, can be viewed as the underdog in some sense, even though four other teams will make the playoffs (assuming the above eight do end up making it to the postseason). The following five teams are ranked based upon their current odds of winning, with explanations as to why your hard-earned money deserves to be placed on them.

The Jets were eliminated from the postseason via tiebreakers with the Pittsburgh Steelers. Make no mistake, though, this was a talented 10-win team in 2015.

Issues may arise at the quarterback position, as Ryan Fitzpatrick hasn’t been brought back yet after a productive season as the starter, but don’t underestimate Geno Smith. He was the presumptive No. 1 heading into last year until he was punched in the jaw by his own teammate during training camp. Instead, it was Fitz who got the go-ahead and never looked back, hooking up with new receiver Brandon Marshall, among others, early and often. Smith would have had that opportunity in Todd Bowles’ new offense, and it was taken away from him.

Regardless of how that situation plays out, this defense is one of the league’s best, and young too. That unit is only going to get better.

The offense also added Matt Forte, who’s now 30, but didn’t show any signs of slowing down last year. He’s going to add another element to the team that wasn’t previously there with Chris Ivory. The combination of Marshall, Eric Decker and Forte is going to be a potent one, especially with an excellent offensive line leading the way.

This team should have double-digit wins once again, and played the favorite Patriots extremely well last year, splitting the series 1-1. Making it to the Super Bowl isn’t out of the question for the Jets, and like several other teams on this list, defense wins championships, right?

Arguably, all that was missing in 2015 for the Texans was a consistent quarterback. Is Brock Osweiler the answer? That remains to be seen, but he’ll have plenty of help on offense.

Lamar Miller and rookie speedster Will Fuller were added to this offense to go along with DeAndre Hopkins — a top five receiver in the league after last year. That’s going be a scary trio for opposing defenses, and if Osweiler ends up playing as well as his contract suggests, then this team is going to be a force this season, especially with that defense.

It’s all well and great to talk about J.J. Watt and how phenomenal he is, but this defense was ranked third in the league in yards allowed, and gave up under 20 points per game in 2016. Brian Cushing, Whitney Mercilus, Kareem Jackson, Andre Hal and Johnathan Joseph are all productive players as well. Don’t forget too that Jadeveon Clowney is heading into only his third season. He’s been underwhelming in terms of a No. 1 pick, but after tearing his ACL in Year 1 and trying to establish himself in Year 2, this third campaign may be the one in which we see how good he can be.

The Texans have great bang-for-the-buck odds, and they could surprise this year.

This team is loaded with talent on both sides of the ball. While their quarterback and offensive corps may be young, they showed last year how good they can be. Oakland may have finished 7-9 in 2015, but at one point were vying for wild-card contention. A year later, a year older — perhaps this group is good enough to contend for the AFC West, especially with the questions about the Denver Broncos’ quarterback spot.

It’s been a long while since the Raiders were this good, and maybe, just maybe, they could shock the nation with a Super Bowl run. Either way, not a bad group to put some money on.

Surprisingly, the Chiefs are way down at +2,500 odds after winning 10-straight regular season games and a playoff game last year. That’s downright dominant.

KC might not have the high ceiling of some other teams on this list, but the defense is nasty and offense solid. That’s a good recipe for success, as proven in 2015.

Not to mention, Jamaal Charles is back from injury. How good will he be in 2016? That’s up for debate, but having him back in the mix can’t be a bad thing. Adding in his dynamic to this offense should spark it a bit more, as Alex Smith, Travis Kelce and Jeremy Maclin have another year under their belts together. Andy Reid had this team rolling last year, and if they can get away from the slow start, then they may have a better chance than the Raiders to win the division.

If you’re looking for a safer dark-horse bet to put some cash on, Kansas City is your team.

Finally, we have the Vikings. Much like the Chiefs, this is a complete team with a fantastic defense and consistent offense that functions best while not turning the ball over.

The thing about Minnesota is that their ceiling is higher than the Chiefs, and that has to do with one man: Teddy Bridgewater. Sure, Adrian Peterson is a great player, and we know that, but Bridgewater has the chance to make this team a Super Bowl contender.

It’ll depend entirely upon his growth this year. They could win another 9-10 games without him improving, but they could win 12-13 if he takes the next step and loses the hesitancy he has to throw the ball down field. What may help that cause this year is the emergence of Stefon Diggs, health of Kyle Rudolph and drafting of Laquon Treadwell. For once, Bridgewater has a diverse selection of talented targets to throw too, and if that’s not enough — well — then we’ll know how good he can be in this league.

If you place a pretty bet on the Vikings and see Bridgewater develop into a solid quarterback, you’ll look like a genius come playoff time.