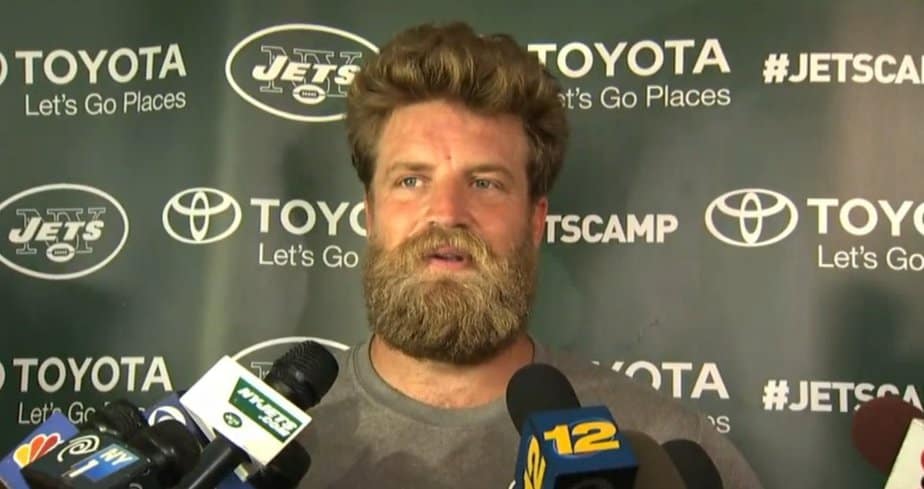 One of the longest running dramas of the offseason finally came to an end recently. It was one we all saw coming. The New York Jets needed Ryan Fitzpatrick, and Fitzpatrick needed them. The Jets were stuck with Geno Smith without Fitzpatrick on the roster who was without a job without the Jets. But he wanted more money and security than the Jets were willing to give him. The Jets knew there wasn’t a market out there for him, so if he wanted to be on a roster, he would have to take their offer.

No one was willing to budge on their position for months—until training camp approached and the Jets had to face the reality of having Geno Smith as their starting quarterback. But they were not the only ones that had to face reality. Fitzpatrick had to realize he wasn’t going to get a deal remotely close to what he wanted from anyone. He also didn’t want to lose face and bend to the Jets’ will if he could avoid it. 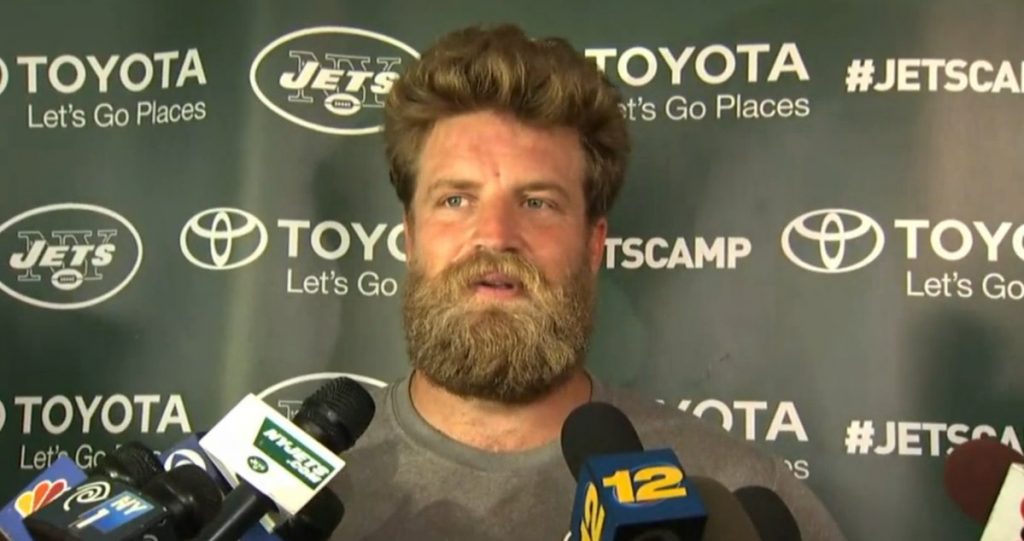 The Jets and Fitzpatrick both had to bend—and they did.

Fitzpatrick will make at least $12 million this season with the chance to make it $15 million if he meets certain incentives. However, while it is for one year, it is technically a two-year deal, but only so the Jets can spread out his $10 million signing bonus (his base is only $2 million) over two seasons.

So yeah—the Jets are accepting a $5 million cap hit for next season to make this season a little better.

Rumor has it that the deal had a 7 PM deadline Wednesday night on it, and Fitzpatrick arrived at the Jets facility to sign it right at 7 PM.

Talks had started again over the weekend, but there are some who believe Fitzpatrick was encouraged to sign before the Jets tried to bring the newly released Nick Foles into camp. Either that or maybe he looked at his career earnings (roughly $18 million) and realized he could almost double that if he played this season.

Whatever the reason, he signed, and he’s in camp. Even though he skipped every offseason activity and in spite of how great Geno Smith supposedly looked, Jets head coach Todd Bowles has already named him the starting quarterback (NFL).

“It’s his job,” Bowles told the media after practice Thursday.

Wait—what about all the talk about how great Geno Smith was looking? Wasn’t he supposed to be looking like he was ready to start?

“Geno’s here at No. 2 right now unless Bryce and Hack have some great gain, if they come along like gangbusters,” Bowles said (NFL). “No. 2 right now, it’s open. If Fitz has some setbacks … something else. Geno’s one, I mean Fitz is one, Geno’s two, Bryce is three, Hack is four.”

So—how did Geno take the news after being treated all summer like he was going to get a shot this year? He was angry—but not because Fitzpatrick was back (NJ.com):

“I’m kind of pissed off. But it’s not a detrimental thing. It’s not something where I’m pissed off at anyone, because we all want to be out there. We all know that one quarterback gets to go out there on Day 1. That just adds fuel to the fire, but not in a negative way.

Okay. So he wants to play and now he can’t. Fair answer.

After the success the Jets had under Fitzpatrick last season– a new franchise record for passing touchdowns (31) and ten wins–Smith couldn’t have been too shocked he was bumped back to No. 2. Maybe since Fitzpatrick had missed every offseason workout, Bowles thought it would be better for Fitzpatrick to go ahead and get the bulk of the first team reps in camp.

Now comes the hard part. Fitzpatrick has struggled to string good seasons together. He had three decent ones with the Buffalo Bills (2010-12), but they were not exceptional. After a good one with Houston and last season with the Jets, can he actually have a third this season?

Fans will have to wait and see.