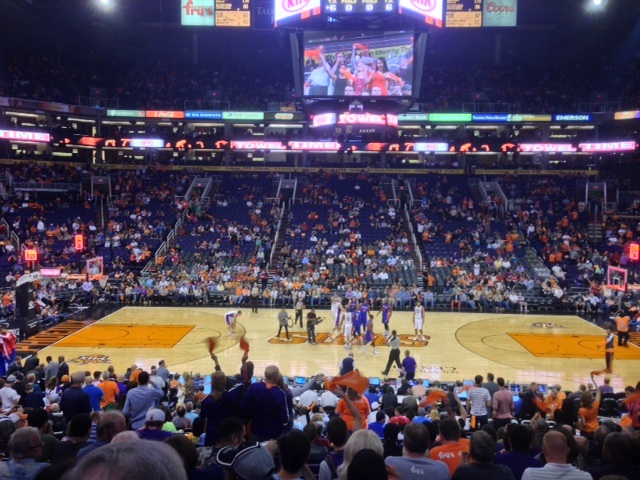 Originally known as the America West Arena when it originally opened in 1992, the name was changed to the Airways Center in 2006, and again changed to its current name in 2015.

In addition to being the home floor for the NBA’s Phoenix Suns, it’s also the home of the WNBA’s Phoenix Mercury, and the Arena Football League’s Arizona Rattlers.

• In March of 2013, the arena underwent major renovations which included a 16,000 square foot atrium area, among other additions, with a cost of $67 million.

• The arena co-hosted the 1993 NBA Finals between the Chicago Bulls and the Phoenix Suns with the Bulls winning the championship series in 6 games.