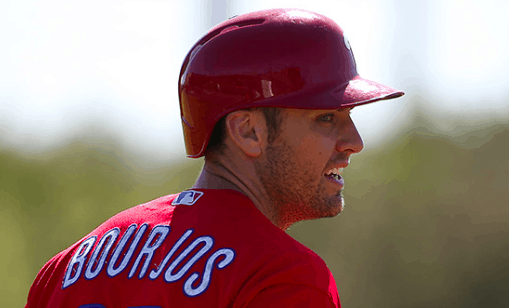 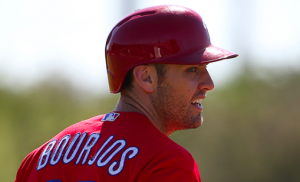 Less than a week before opening day, the Tampa Bay Rays are still putting the finishing touches on their opening day roster. Early Tuesday, the Rays acquired outfielder Peter Bourjos in a trade with the Chicago White Sox for cash considerations. Bourjos has had a strong spring while competing to be Chicago’s primary center fielder, but in Tampa Bay, it appears as if he will serve as a backup.

The Rays have been reportedly in the market for a spare outfielder, particularly one who hits right-handed to complement the left-hand hitting Kevin Kiermaier in center field. Kiermaier figures to get most of the playing time in center field, especially after signing an extension with the team earlier this month. However, Bourjos gives the Rays an experienced backup in center field who hits from the right side.

Tampa Bay has two other potential backups for Kiermaier in Mallex Smith and Colby Rasmus, although both are also left-handed hitters. Rasmus is also set to begin the season on the DL and then become the team’s primary left fielder. Smith, meanwhile, may seem time in left field while Rasmus is out. However, now with Bourjos in the picture, it’s possible for the Rays to send him back to triple-A for more seasoning once Rasmus returns and Tampa’s outfield is set.

Bourjos has been rather unimpressive the last few years, playing primarily a backup role with the Cardinals in 2014 and 2015 while earning more regular playing time with the rebuilding Phillies last season. He signed with the White Sox on a minor league deal this spring but has hit .313 with a .861 OPS, putting himself in a position to make the team’s opening-day roster.

“I have really tried to clean some stuff up at the plate,” Bourjos said Monday before the trade. “I’m trying not to overswing and not be jumpy and let the ball come to me. I’ve had success with it, and I felt good about it.” Bourjos concluded that this may be the best spring of his career.

As well as Bourjos has played this spring, the White Sox trading him opens up space in center field for some of the team’s younger players. Charlie Tilson entered spring as the favorite to be Chicago’s primary center fielder. However, a foot injury that could keep him out until June opened the door for Bourjos and others to win the job.

With Tilson and Bourjos both out of the picture less than a week before opening day, the White Sox center field job is down to Leury Garcia and Jacob May. Both Garcia and May are hitting .339 this spring, although Garcia being the more experienced player may give him an edge in the competition. May is known best for his plus-plus speed and his excellent defense, which could be useful assets for the White Sox this season, although he hasn’t accumulated many at-bats in the upper levels of the minors.

“You couldn’t ask for more from any of the guys in terms of trying to make your life difficult,” White Sox manager Rick Renteria said Monday about the competition among Bourjos, Garcia, and May. “They certainly all have been doing that. They are pushing and trying to show everybody what they are capable of doing.”

Trading Bourjos could also open up bench spots for outfielders like Cody Asche and Rymer Liriano. Neither is a center fielder, but both could enhance the flexibility of Chicago’s outfield. Asche, in particular, has had a strong spring, hitting .308 with a 1.204 OPS, putting him in a great position to make the club.

Obviously, this isn’t a major trade, but it should serve both teams well. Bourjos has certainly earned a spot on a major league roster this spring, and in Tampa Bay, he’ll have one, even if it’s not in a starting role. Meanwhile, a team in full rebuild mode like the White Sox will have a chance to get younger players like Garcia and May on the field to help them determine whether or not those players have a future with the team.