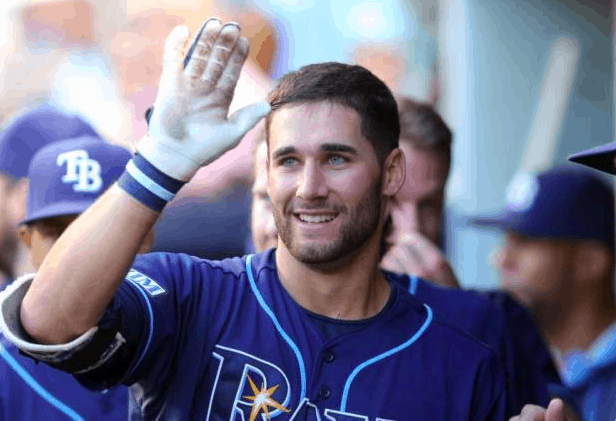 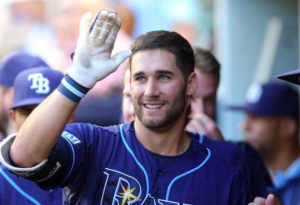 The Tampa Bay Rays are making an investment in their future, and they’re investing in defense. Multiple outlets are reporting that the Rays have agreed to sign center fielder and defensive standout Kevin Kiermaier to a six-year extension believed to be worth $53.5 million. The deal is pending a physical but is expected to be completed and announced in the days to come.

Kiermaier and the Rays previously agreed to a salary of $2.975 million for the 2017 season in his first year of arbitration. The new contract will go into effect this season and cover Kiermaier’s final two years of arbitration and then extend into what would have been his first three years of free agency. The deal will keep Kiermaier in Tampa Bay through at least the 2022 season. There’s no word on if his salary for this season will change or what his yearly salaries will be, but his average annual salary over the next six years will be close to $9 million.

From Tampa Bay’s perspective, the extension is a sign that they view Kiermaier as an important building block for the future. Since making his major league debut at the end of the 2013 season, Kiermaier has emerged as one of the game’e elite defensive players, winning a Gold Glove in each of the past two seasons, including the coveted Platinum Glove in 2015. He even managed to win the Gold Glove last season despite being limited to 105 games due to a broken hand.

Offensively, Kiermaier has been less of a factor but has still managed to become a reliable contributor to Tampa Bay’s lineup. In 105 games last season, Kiermaier managed to post a career-highs in home runs with 12 and stolen bases with 21, displaying both good speed and functional amounts of power. He may never be a standout player offensively, but he appears to have found a home in the no. 2 hole for the Rays.

Kiermaier’s unique journey to the big leagues makes his contract extension all the more satisfying for him. He was a 31st round draft pick out of junior college in 2010. Despite the odds being stacked against him, Kiermaier rose through the minors in short order and became the elite defensive player he is today. Now the Rays have committed to him being their every-day center fielder for the next six years.

In the larger scheme of things, a six-year commitment to Kiermaier worth more than $50 million further advances a league-wide shift in philosophy that emphasizes defense more and offense less. Power hitters had great difficulty landing long-term commitments on the free-agent market this past winter, while players like Ender Inciarte, Odubel Herrera, and now Kiermarier who make contributions on both sides of the ball have received contract extensions from their respective clubs.

It’s also pertinent to note that Kiermaier’s extension far exceeds the ones received by Inciarte and Herrera. Of course, after winning back-to-back Gold Gloves, Kiermaier has distinguished himself from many of the other young center fielders in baseball. His amazing defense and steady offense has now landed Kiermaier a long-term commitment from the Rays, solidifying his spot as one of the team’s core players for both the present and the future.