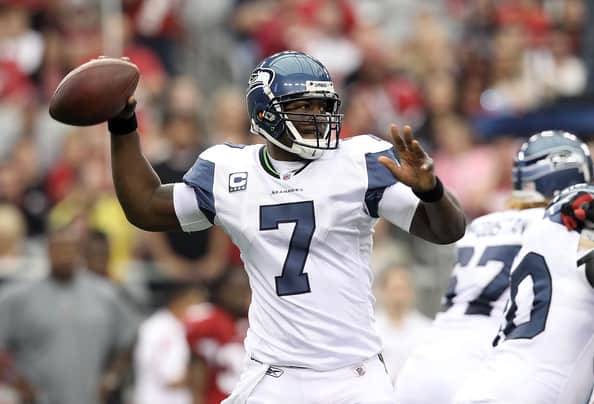 Around this time of year, defense lawyers leave their phones on, and head coaches start to worry while TMZ lurks everywhere. Why? NFL players everywhere are trying to let loose and relax one more time before they have to dedicate themselves to the grind that is the NFL season. Since they are young and for the most part flush with cash they don’t just have fun.

They do the kinds of things most of us dream of doing.

Since they are rarely smart enough to designate a driver or call a cab, there is always someone that gets in trouble with the law.

They certainly don’t know how to secure their guns.

It didn’t take long for the insanity to begin, but with a slight twist. Instead of current players getting in trouble with the law, there were a number of former players that got in trouble over the last week.

Former Miami Dolphin and Cleveland Browns wide receiver Davone Bess got the week off to a heck of a start Monday morning with what could have been nothing more than a simple traffic stop had he just pulled over. Instead, he fled from police, barricaded himself in his car, waved a knife at police officers, ignored police officers and went to his house, refused to come out, and was eventually taken into custody with the help of a K-9 unit.

He was arrested on felony charges of endangerment, felony flight and failure to stop for a police officer. Bess last played for the Cleveland Browns in 2013.

Tuesday saw former Dallas Cowboys running back Joseph Randle back in the public eye because of another run-in with the law. This time, it had nothing to do with underwear and cologne. He threatened a deputy while in a Kansas jail on other charges.

Randle made national news in 2014 when he stole underwear and cologne from a department store in Frisco, Texas because he didn’t feel like paying for it. He last played for the Cowboys in 2015.

Former Cleveland Browns quarterback Johnny Manziel was not in trouble with the law but had to file a police report with authorities after being involved in a hit and run Monday night. According to his publicist, his car was t-boned, and the other driver fled the scene.

His lawyers are rumored to be seeking a plea deal for the domestic violence case involving his ex-girlfriend. Manziel played for the Browns last season and claims that he wants to play this year, but is not doing anything he should be doing to prepare. Instead, it appears that he may have bought over $1000 in drug paraphernalia the day after being involved in a hit and run crash.

Wilson was shot breaking into a house in Portland, Oregon. When police arrived on the scene, they found the former defensive back naked and wounded. He was arrested on charges of burglary and criminal trespassing. The Stanford grad last played for the Lions in 2007.

Former Seattle Seahawks and Minnesota Vikings quarterback Tarvaris Jackson finished off the week in style by brandishing a gun at a woman he was staying with and threatening to kill her. According to media reports, it sounds like he got drunk, got mad, kicked down the door to their bedroom, ranted and raved for a while and then did something dumb–went to the kitchen and grabbed a gun.

A friend that tried to break up the argument said a gun wasn’t involved, but the woman says there was. Police found the gun in the kitchen along with a container containing weed. He’s been charged with aggravated assault with a deadly weapon. Jackson saw a little playing time with the Seattle Seahawks last season.

Well–it appears we now know who is not going to be on an NFL roster next season.