Rumors have swirled around Houston Texans head coach Bill O’Brien and his job security of late. Whether the stories were created because of someone’s wrongful assumption, an overheard comment, or because the team has actually lost confidence in him, we’ll never know. But, at least for now, it appears that the team is going to keep him around—at least for one more year.

O’Brien has stated he isn’t going anywhere, and team owner Bob McNair has concurred—but that does not mean that the stage can’t be set for the team to get rid of him next season. 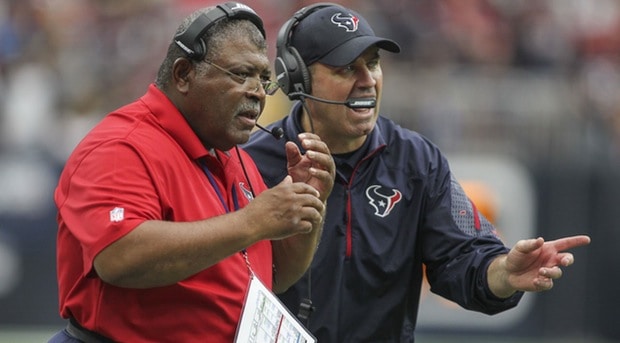 But why on Earth would you consider getting rid of a guy that has never had a losing season and won the division twice despite having a subpar quarterback situation? Well—the Texans gave Gary Kubiak plenty of time to finish putting the puzzle together during his eight seasons (he was fired during No. 8) and never made it past the divisional round.

Once you are patient and the results are unsatisfactory, it is hard to keep being patient. However, the team appears to be willing to exercise a little more, for now, since O’Brien is coming back for a third season.

But fans have to wonder if he can get the job done?

The Texans already had a stellar defense when O’Brien got the job back in 2014. They just needed him to maintain the status quo on defense and get the offense up to speed—especially at quarterback. Three years later he has trotted eight quarterbacks onto the field that all had one thing in common.

To be fair, they couldn’t have been too bad (but they certainly were not good) since the team did win the division twice and nine games in each of the O’Brien’s three seasons. But that is more a result of the Texans having one of the best defenses in football which makes it hard not to ponder what could have been if only they had consistent, good play at quarterback.

But if the Texans are going to be competitive next year, they have to at least keep the defensive performing at a high level which means holding onto key personnel and the coaching staff. They have said all the right things in regards to their pending free agents, and it looks like the coaching staff will remain–but will be shuffled around a little.

While it should be comforting to O’Brien to have an experienced former head coach (83 games spread across six years with the Cleveland Browns and Kansas City Chiefs) on hand to assist him, it should also make him a little worried. It wouldn’t be hard for him to get replaced mid-season should the offense stink again now that Crennel is in place as the assistant head coach.

Should the offense falter, the blame will be laid entirely on O’Brien. Now that the team has “mutually” parted ways with former offensive coordinator George Godsey, O’Brien has announced that he will be taking over play-calling duties next season. But the plays will not matter much if the team can’t adequately perform them starting with the quarterback. From what Brock Osweiler showed fans this season, it is hard to picture him being the man of the future. 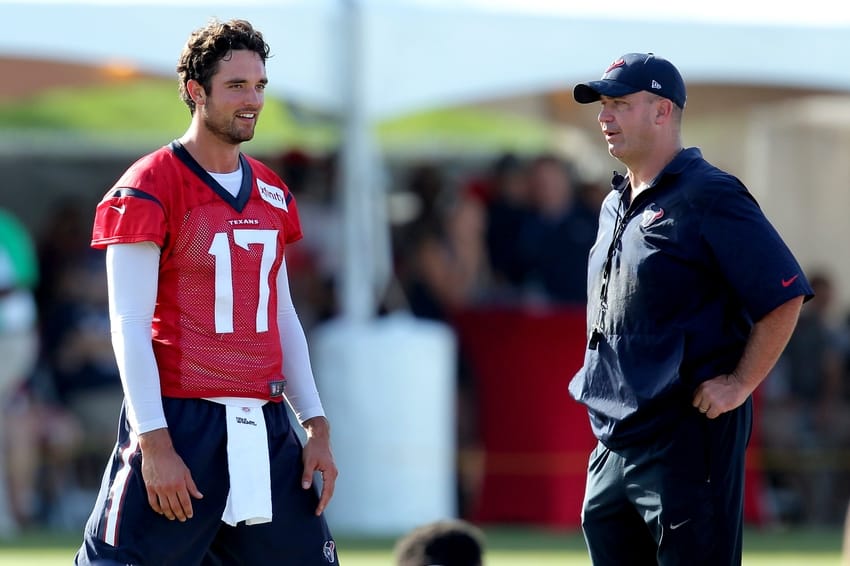 However, with $16 million coming his way, whoever does play the position better be fantastic if it isn’t him. Another mediocre season will probably get O’Brien fired, but a mediocre season with a $16 million quarterback on the bench practically guarantees he will be fired. So O’Brien will need to either figure out how to turn Osweiler into a winner, get Tom Savage ready for primetime, pray that he finds a fourth-round miracle like the Dallas Cowboys did, or a trade partner dumb enough to take Osweiler off his hands while giving him something of value.

The only question will be whether the team gives him the whole season to right the ship or if they get tired of him mid-season, let him go, and promote Crennel to interim head coach. He’s done it before. His record is not good as a head coach, but he has the experience to get the team through the end of the season should the team decided to let O’Brien go early.

If he doesn’t, fans can probably expect to see Romeo Crennel get another promotion sometime during the season next year.