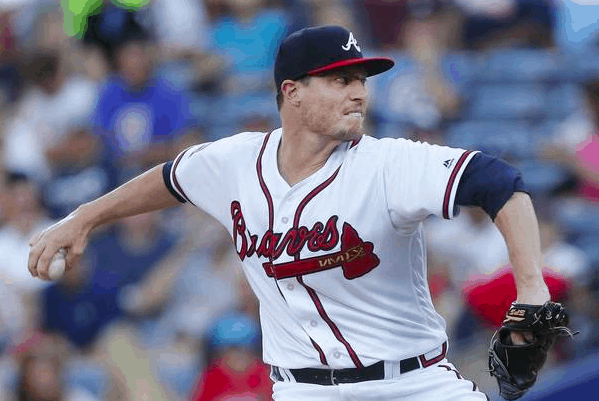 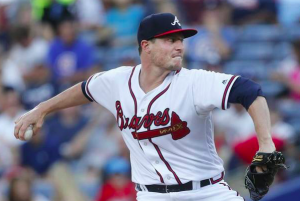 The Texas Rangers have acquired pitchers Lucas Harrell and Dario Alvarez from the Atlanta Braves for second base prospect Travis Demerritte. It’s not a trade that figures to move the needle all that much for the Rangers, but it’s the type of move Texas needed to make in order to add depth to a pitching staff that has been hurt by injuries all season.

Harrell is expected to replace Nick Martinez in the team’s rotation and make his Texas debut Sunday against the Kansas City Royals. Martinez has started five games for the Rangers over the last six weeks, going 0-2 with a 7.61 ERA. Both Colby Lewis and Derek Holland have been on the DL since the end of June, making it difficult for the Rangers to fill out the back end of their rotation. Neither is expected back in the near future.

Harrell spent all of 2012 and 2013 in the Houston Astros rotation, but he’s seen little of the big leagues since then, including a season in Korea in 2015. He’s spent much of this season in the minors with both the Braves and Detroit Tigers before joining Atlanta’s rotation in early July. Harrell has made five starts for the Braves and performed well in four of the five. Over those five starts, he’s posted a 3.38 ERA. The addition of Harrell won’t prevent the Rangers from pursuing a frontline starter on the trade market, but it will provide them some protection in the back end of their rotation if they’re unable to do so.

As for Alvarez, he will pitch out of the Texas bullpen. He made his big league debut with the New York Mets in 2014, but was picked up by the Braves at the end of May after the Mets let him go. In 15 innings with the Braves this season, Alvarez has an ERA of 3.00 to go along with 28 strikeouts. The Texas bullpen has the highest ERA in the American League, which should make Alvarez a welcomed addition.

The Braves, meanwhile, figure to make out well in this trade, especially considering they picked up both Harrell and Alvarez midseason off the scrap heap. Demerritte, a second baseman, was a first round pick in the 2013 draft and rated the 21st best prospect in the Rangers farm system coming into the season. His stock dropped considerably after a poor 2015 season that included an 80-game suspension for performance-enhancing drugs. However, he has bounced back in a big way this year, hitting .272 with 25 home runs and 20 doubles in advanced-A ball. He’s considered a solid defensive player and many believe he has the arm strength and power necessary to move to third base if necessary.

Atlanta will need to wait a couple more years on Demerritte, but the Rangers are hopeful that Harrell and Alvarez can give them a slight boost right now. Texas has seen its comfortable lead in the AL West disintegrate to just 3.5 games over the past month. The Rangers needed to add reinforcements to their pitching staff, and they likely accomplished that with this trade.