The Atlanta Hawks faced a lot of uncertainties entering the (free agency) market this summer. The management knew that the teams’ capabilities have reached its peak and that certain players had to be traded as the team needed some fresh breeze that would bring in some new energy. With two paths to choose from, one being the option of a hardcore team rebuilding, and the other, to chase after one of the top free agents on the market who could make an immediate impact on the team. Either way, they knew that the changes were necessary. The Hawks (at least for now) have chosen the second path to follow. It all began with the starting point guard Jeff Teague who was traded to the Indiana Pacers for the 12th draft pick (small forward Taurean Prince). The Hawks could have afforded to trade the often inconsistent Teague, whose spot was given to Dennis Schroder (nothing less inconsistent). 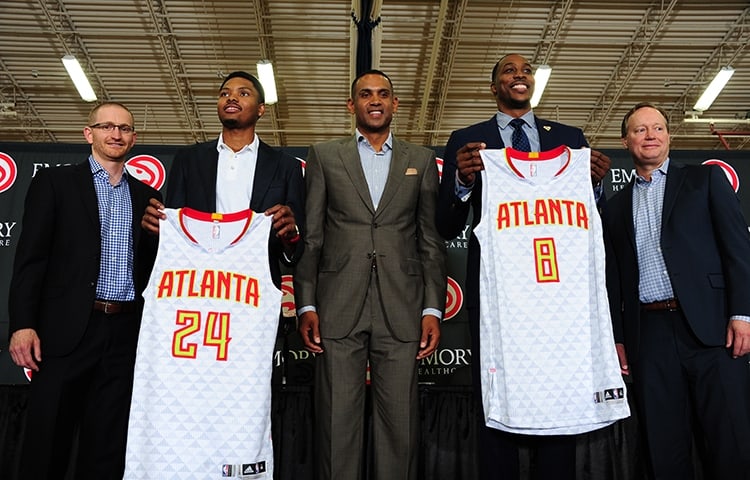 The Hawks have finally managed to sign a big superstar in Dwight Howard!!!

After Teague was gone, it quickly became clear that the Hawks would make more big trades. Kent Bazemore, Al Horford and Paul Millsap quickly came under the radar, and it was just a matter of time when some of the three would be the next guy packing his stuff and leaving the “Coca-Cola City”. However, before announcing the next player who was on his way out, the Hawks decided to make their first, and probably the biggest, signing in the recent history of the franchise – Dwight Howard (3 years, $70 mil.). That move by the Hawks management made it clear which player(s) could be seeing the EXIT doors up next. Before making it official, the Hawks have pushed a deal for Paul Millsap, but failed to find the right team, so they had to turn to “the Boss” – Al Horford, who realized that there is no room for him and Howard on the same team. Horford decided to leave the team and sign a max deal with the Boston Celtics. 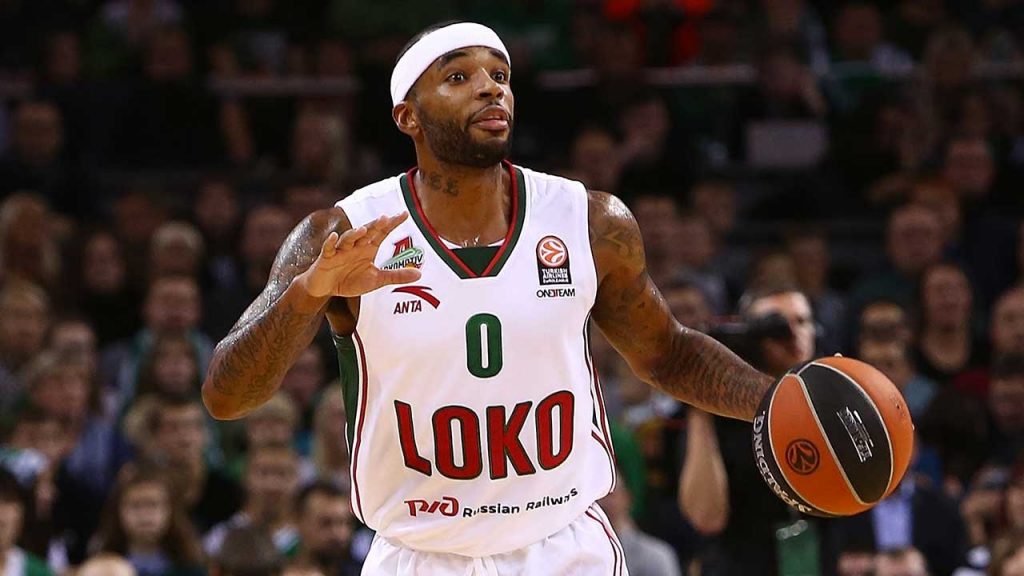 Malcolm Delaney could turn out to be one of the key players coming of the bench for the Hawks !!!

The Hawks decided that they are not yet ready for a total team rebuilding, so they have decided to keep some of the core players and did an excellent job with renewing the contract of Kent Bazemore (4 years, $70 mil.), a player in which the Hawks have invested a lot in the past, so they simply couldn’t afford to let him go. Furthermore, they have acquired Malcolm Delaney (2 years, $ 5 mill.) who arrived from Lokomotiv Kuban, Russia. It was a typical Hawks move, as they are known for signing cheap but highly effective players, which could surely turn out to be the case with Delaney, who comes after a highly successful season in Europe. Delaney can play both guard positions, is a great pick-and-roll player and an excellent three-point shooter , especially coming of the screen and roll situations, while another of his strengths is also his quick transition game in which he is not afraid to attack the rim.

Notable for the Hawks is also the inquisition of Jarret Jack, who signed a veterans minimum for 1 year. He should be a nice addition for the Hawks back-court, and could bring a lot of stability in offense, should Schroeder fail to control himself and start losing the focus in offensive plays (like he tends to do sometimes). Kris Humphries provided a solid stretch of 20+ games last season which earned him another 1 on his contract ($4 mill.). Once again, he will be used as a backup for Howard or Millsap, and only then when these two get tired or get in foul troubles. 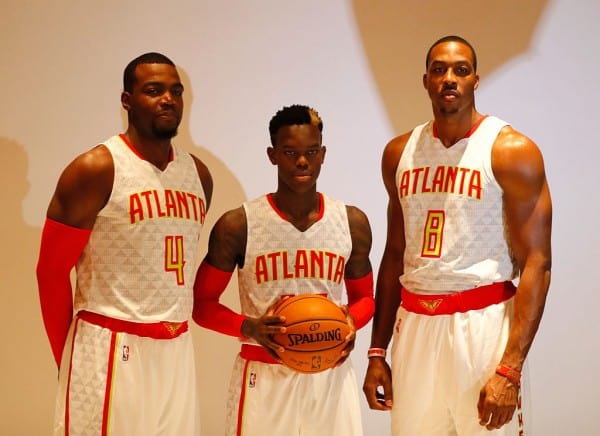 Howard is, however, the biggest name signed by the Hawks this summer, who finally broke the curse that kept the big superstars far from signing with the Hawks. Although he is far from his best playing days, he is still an All-Star and one of the best in the league at the center position. With Howard as the starting center, the Hawks should finally solve the problems with protecting their rim and grabbing more defensive rebound. One thing that might be a slight problem for Atlanta’s head coach Mike Budenholzer and the Hawks is Howard’s outdated offensive movements, as he relies mostly on his low post moves or on scoring after an offensive rebound. He is not useful for pick and pop game, and considering that Schroeder mostly likes to attack the rim after a screen, the paint might be too clogged with Schroeder and Howard both in the paint.

With all being said, the Hawks project with Howard might actually work out well for both, considering that Howard was born in Atlanta and the fact that Budenholzer is known for bringing out the best from his players, which is exactly the environment and the atmosphere Howard hoped for. Even with Howard on board, the Hawks are miles away from taking down the Cavs from the Top of the East, but are certainly in the mix of winning their Division. Our prediction is that their will wins-losses record will be similar to the last years 42-39 record. Hardly will they make the play-offs and if they do, the first round will be their limit.