The Dallas Cowboys have developed a reputation for being willing to take a chance on high-risk players over the years. Many have bashed the team for doing so and have accused the Cowboys of enabling their behavior. Others see it as the team putting an emphasis on winning over morality while there are some who view the Cowboys as just being open to giving a man another chance. 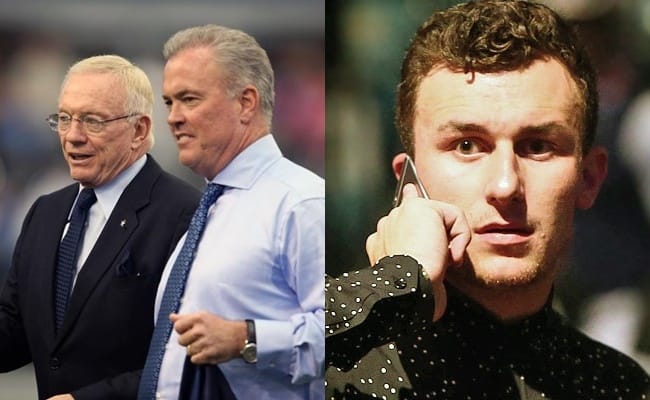 Rather than live in a vindictive, never forgive or forget kind of world, the Cowboys prefer to see the potential in troubled players and try to put them in a position to succeed.

“We’re bringing in the right kind of guys, and then you take some risks and take some chances on some other guys to see if you can help them fit into that culture,” head coach Jason Garrett said (ESPN). “We have a number of great success stories [over] the last few years of guys fitting into that culture. Are we always right? No.

“We’re going to help the guys who aren’t able to live up to that right now, and we’re going to move on from some guys as well. We’ve done that before, too.”

In recent years, the team has taken some chances, but the only one that can actually be considered a success is Dez Bryant. Rolando McClain appeared to resurrect his career, but it would now be shocking to see him put on a uniform again let alone play. Greg Hardy created as many problems as he had sacks. Randy Gregory will likely not play this year due to drug issues (if ever again).

The Pacman Jones and Terrell Owens experiments from back in the day didn’t exactly go well either.

With the track record the Cowboys have with high-risk players, you would think that no one would be off limits. They’ve signed some of the worst characters in the NFL over the years,  but it appears that even the Cowboys have a threshold they are not willing to cross—Johnny Manziel.

“There’s no chance,” Cowboys executive vice president Stephen Jones said Friday morning on the Tiki and Tierney Show on CBS Sports Radio Network, via The Dallas Morning News. “Obviously, Johnny needs to get his hands around his life. He needs to do the things that make him a good person off the field, I think before he can ever have any chance of being successful in our league.”

If there were any team that would have been willing to give Manziel a shot, it would be the Dallas Cowboys—but it appears there is at least one risk the Cowboys are not willing to take—for now.

Jones added later in the conversation that the team might consider giving Manziel a look, but only under the right circumstances:

So you’re saying there’s a chance…just not at the moment.