The Detroit Pistons 2015-2016 season was surely marked as a very successful one. The Pistons made it to the Eastern Conference Play-Off, for the first time since 2008-2009 season. Unfortunately for them, they faced the mighty Cleveland Cavaliers in the first round, in which LeBron James, Kyrie Irving, Kevin Love and company proved to be too strong for young Pistons team, advancing to the next round, and later on becoming the NBA champions.

However, Detroit Pistons head coach, Stan Van Gundy made some key moves for the next season, based on what he could see from his team’s weakness. 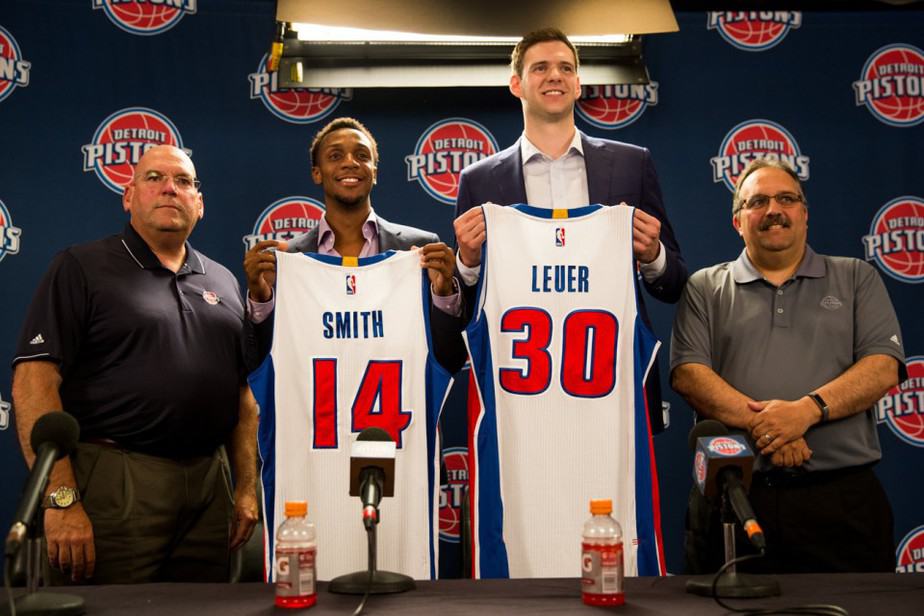 The Pistons did a decent job in the summer signing Ish Smith, Jon Leuer and Boban Marjanovic!!!

Foremost, their goal for the season 2016-2017 is getting farther in the play-offs than first-round. The expectations are definitely higher. They want to prove that they aren’t just “the flash in the pan”. What Gundy regarded as the key move for the above mentioned goal, was the strengthening of their bench. For this purpose, they brought in some key additions for this season, and the most important are Ish Smith, Jon Leur and Boban Marjanovic. Although some players like Jodie Meeks have left, the quality of above mentioned is higher than of these who left and certainly what Pistons need in order to strengthen their bench.

Smith is a point guard and someone with high abilities when it comes to pick and roll. He will get his chance as substitute for the injured Reggie Jackson. He will have some 15-20 games to prove his quality, as Jackson will be off for 3-4 weeks. As Jackson is surely the motor of the team, Smith’s task to compensate Reggie’s absence certainly won’t be easy, but, his pre-season performances showed that he can be someone to rely on. Namely, Smith led the team in assists, with 5.3 dimes per game, and 1.2 blocks.

With his averages of 9.2 points per game, 4.5 rebounds, 2.3 assists in just 24.5 minutes per game in the pre-season games, a new big man on the team, the PF Jon Leur surely promises a lot. Experts claim that he will surely be one of the guys that will see plenty of touches with the ball. Some even went a step further, claiming that Leuer might actually be the revelation of the year for the Pistons. However, the former Phoenix Suns big men will provide some solid minutes coming of the bench and his main task will, most likely, be to get plenty of rebounds and stretch the floor a bit with his solid mid-range shooting!!! 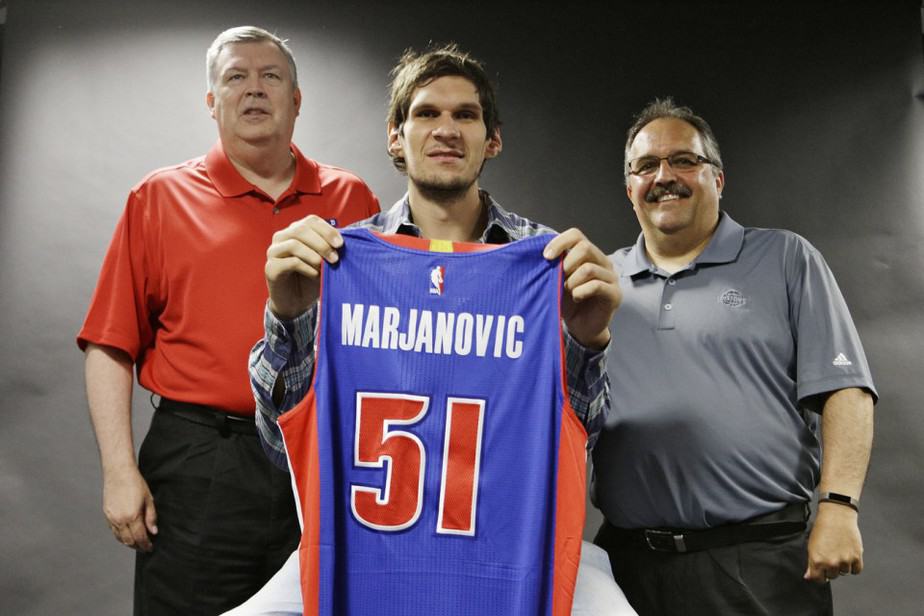 Bobby Marjanovic signed a 3-year deal worth $21 mill. with the Pistons!!!

Boban “Bobby” Marjanovic could prove to be as a very solid backup center for the Pistons. Although he had some memorable performances with the San Antonio Spurs, and despite the fact that the fans liked him a lot (so much that one fast food restaurant named their burgers after him called “the Boban Burger”), Marjanovic never really got a chance to prove his full talent and decided it was time to go. The right offer came from the Pistons, which he accepted, and now will be in a position to share minutes with Drummond and prove his skills to the fullest!!!

Another player who will be one of Gundy’s main weapons is Stanley Johnson. He showed his full quality in play-off last year, and he certainly worked better in preseason games to improve his qualities. He is one of the players that Gundy trusts the most, along with Pistons’ top star Andre Drummond. It is predicted that Johnson will have a big leap in play.

When it comes to the leaders on Detroit team, Drummond will surely dominate. His salary of 22,116,750 $  for the season 2016-2017 shows what the expectations from Andre are, and his pre-season performances give the Detroit fans a positive hope and ensures that Drummond will be their top player in this season as well. His pre-season averages are 14.4 points per game, 14.6 rebounds, and 28 minutes per game. However, his free-throws percentages remain one of his mean weaknesses. This is something that he needs to continue to improve on, which would have a huge impact on the season for the Pistons, especially in the close game situations. 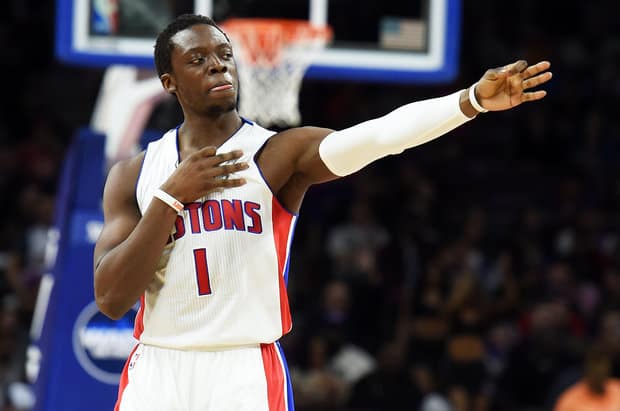 Reggie Jackson made the right choice to leave the OKC Thunder and sign with the Pistons!!!

This seasons Pistons success will also greatly depend on Reggie Jackson’s form and health. If Reggie can come back from his knee injury and put up the 20 and 10 numbers he’s very capable of doing with this team, then the Pistons should at least pass the first round of the playoffs. Jackson has been absolutely magnificent, ever since he decided to leave the spot of a backup PG with the Oklahoma City Thunder, and join the Detroit Pistons and become a very solid starting PG that could very easily become an All-Star in the near future. Alongside Andre Drummond, Jackson is now considered the core of the „NEW“ Pistons!!!

However, Van Gundy is aware that most of the Eastern Conference teams have improved over the summer, and that his young team will have to perform much better compared to the last season, if they want to make it to the play-offs once again. Being realistic as he is, Van Gundy doesn’t want to create any hype and euphoria that will surely have a negative effect on his young players. Although his biggest „fear“ are the undisputed Cleveland Cavaliers, which defeated them 4-0 in the first round of the play-offs, Van Gundy highlights a silver lining  from all of that, taking in a count that his team has shown great resistance to the Cavs, who later became the NBA champions. They showed that they can play competitively with them and that the difference in quality of these two teams is not that big. 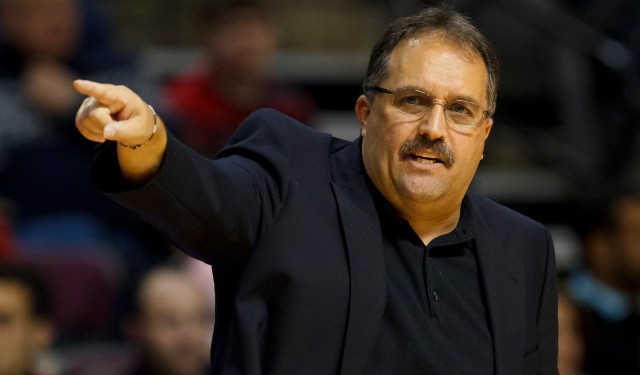 Stan Van Gundy hopes to go deeper in the playoffs this season!!!

No doubt that Van Gundy is doing an excellent job with the Detroit Pistons, which can be seen from their players’ selection going into the new season. His current roster, if healthy, could reach the upper half of the Eastern Conference playoff standings just behind the Cleveland Cavaliers and Indiana Pacers. Expected is the continuous development of the team and possibly reaching the 50+ win record. Last season their record was 44-38, but considering that many of the key players from the last season played in their first ever playoff series, this season should be even more successful, as they should win at least 1 playoff series.