When the Houston Texans signed Brock Osweiler to a four-year, $72 million contract the football-loving free world thought it was a good idea; that he would be the quarterback of the future for the franchise. A year later it is safe to say that Osweiler is probably not going to be the half the quarterback Houston thought he was going to be.

But what do they do with him now? Chances are they will suffer through another season with him since they foolishly guaranteed him $37 million when he signed. Tom Savage looked okay in limited action, but there is no reason to believe he could be the answer for the Texans quarterback conundrum. 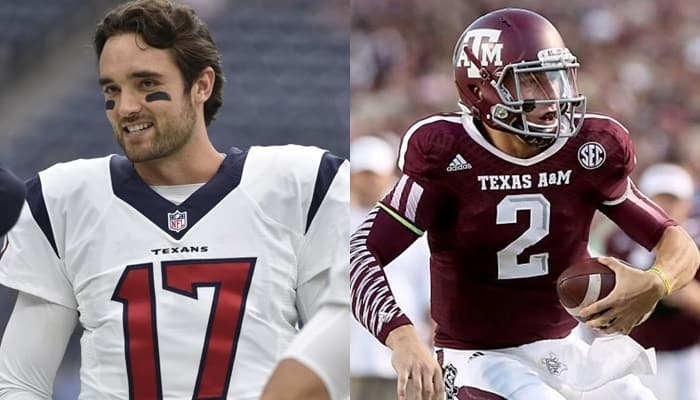 That means the best fans can hope for is another 9-7 season and for the rest of the AFC South to suck (again) so they can make the playoffs and lose in the divisional round again. Unless they can find a cheap, talented, capable alternative—someone like former Texas A&M superstar Johnny Manziel.

Don’t dismiss the notion too quickly. Yes, Manziel was a total flameout with the Cleveland Browns, but let’s be real—no quarterback alone can save that team. Yes, there have been some that have produced decent numbers with them where he did not. But it never sounded like he approached preparing and playing in the same manner he did in college.

So–what’s to say he will do so now?

There is a reason to think he may have actually turned a corner with his personal issues. He recently tweeted a few things that make it sound like he now has his head on straight:

“No lie.. I was a douche in 2016 I’m just trying to be a good PERSON again#LostInTheSauce

Haven’t been this happy in a long time man. I appreciate all the people in my life who reached out during the truly rough patches in ’16”

“Nah. Admitting is the first step

Have to LIVE these words not just TWEET them”

One of the many problems in Cleveland besides the terrible offensive line and almost no talent to work with was himself. Manziel didn’t appear ever to take the job or the process seriously and was not in the right frame of mind to do so. He was too busy being “Johnny Football the Celebrity” and failed to realize he would have to work to be “Johnny Football the Superstar Quarterback” in the NFL.

So—if his head truly is on right and he is working out and still has the physical skill set needed to play football at a high level, it would not be a bad idea for Houston or anyone else in need of a quarterback and short on cap space to bring him in. 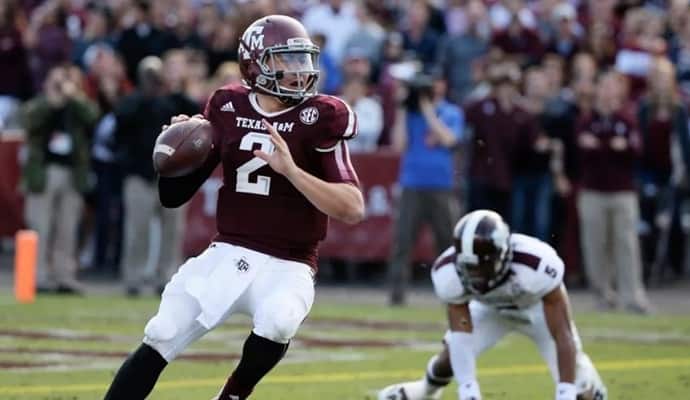 With his track record as a pro, he has no room to negotiate for anything other than whatever minimum he qualifies for (guaranteed money? No way!). He can’t argue if a team wants to include any kind of personal conduct stipulations in his contract. Saying his mind is right is one thing; he’ll have to prove it.

Houston would make the most sense for him with so much money already tied up in Brock Osweiler. The Texans could use a better option and have other needs to cover in the draft. The fan base will be more forgiving and willing to give him another shot than most others. With the young talent the Texans have, if vintage Manziel reappears, he could be the perfect complement to DeAndre Hopkins, Will Fuller, and Lamar Miller.

Signing Manziel and giving him a shot costs nothing. If he works out, you pay him league minimum for a season and cut Osweiler after the 2017 season ends.  If he doesn’t or has lost whatever edge he had in college a few years ago, you cut him and move on.

No harm, no foul. Is there a better and more affordable option out there?