The Los Angeles Rams Could Really Use A Game Against Cleveland

For the first time in decades, there was professional football in Los Angeles Sunday. It wasn’t good professional football, but football nonetheless. Even though the home team won 9-3 over a very good Seattle Seahawks team (that played a terrible game), the Rams are still getting blasted because their offense looked awful–again.

Case Keenum could do little with the offense in the season opener against the San Francisco 49ers, and didn’t do much more against Seattle. To be fair, the Seattle defense is pretty tough, and the Rams did generate enough offense to kick three field goals. Ugly wins count just as much as pretty ones. 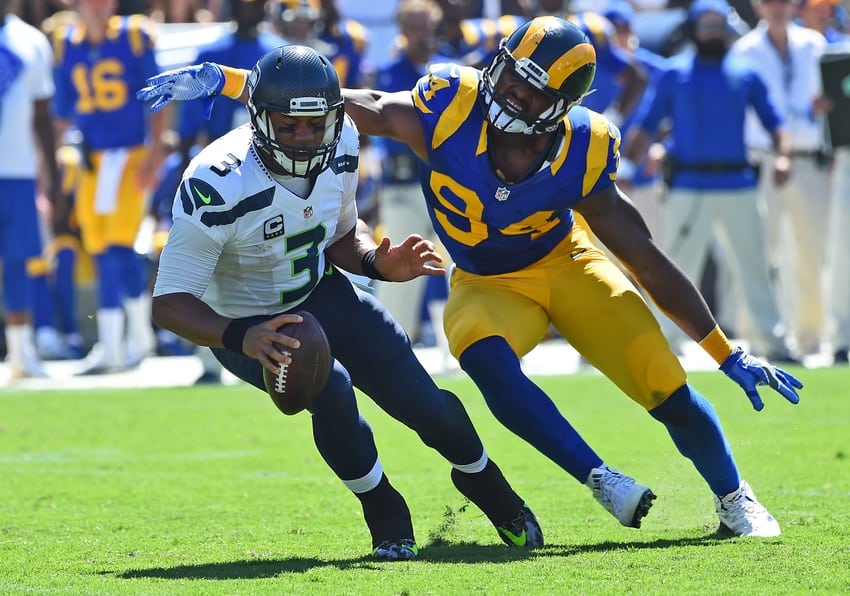 Sunday’s win over the Seahawks was more about the defense than offense. The defense looked terrible against San Francisco as well, but it appeared that whatever was said at the players-only meeting lit a fire under the defense.

In the process of holding the Seahawks to just three points, they sacked Russell Wilson twice, harassed him all day, held the Seattle running game to 2.8 yards a carry (67 total yards), and caused (and recovered) a fumble to bring an end to Seattle’s final drive of the day.

The Seattle offense has been terrible so far this season. Last year, it was the third best in the NFL and averaged 378 yards of offense a game. Los Angeles held them to jut 306.

As well as the defense played for Los Angeles Sunday, it is a shame that the offense couldn’t come close to matching their intensity. Case Keenum was better (18-30 for 239 yards, no interceptions, three sacks; 17-35 for 130 yards, two interceptions, and two sacks against San Francisco), but running back Todd Gurley was absent once again (19 carries for 51 yards; 17 carries for 47 yards against San Francisco).

Gurley didn’t have much to say about his struggles after the game:”It’s what. It’s football. You’re not going to have a great game every game.”

Keenum wasn’t too worried about Gurley’s lack of production:

“Todd is going to get going,” Keenum added. “It’s Todd. Just continue to operate how we are. I think the passing game and running game are going to complement each other. I think we are doing a good job of marrying some of those plays. I’m excited to see him continue to go because I know he’s hungry. I thought he played well [Sunday]. We’re going to rely on him a lot moving forward.”

While the defense is good enough to get it together no matter who they play, the offense could use a game against one of the weaker defenses in the league to help get it on track. That way they could work out some of the kinks and gain some confidence along with some actual yards (currently last in yards per game with 234).

What the Rams need is a soft opponent. They need something like most of the major colleges have at the beginning of the season, a soft opponent or a weak FCS team that they can beat up so they can feel good about themselves.

In the NFL, that means a game against the Cleveland Browns (a team that is bad on offense and defense)—but the Rams are not scheduled to play them this year. They could be facing the next best thing next week when they travel to Tampa Bay to take on the Buccaneers. Big things were expected from Tampa Bay coming into the season, but the Bucs haven’t played up to the hype just yet. Their defense is currently 20th in the league, and Jameis Winston is struggling to be consistent (five turnovers against Arizona Sunday).

For now, while it wasn’t pretty, they will just enjoy the win over Seattle for now (their third in a row over the Seahawks).

“You know,” Jeff Fisher said afterward, “we had many opportunities. There’s going to be lots of things we have to correct. We had some mistakes. But in the end, we take the win.”

However, if Fisher doesn’t guide the team to enough wins this season–ugly or pretty–the talk will quickly go from being about his extension to him getting fired.