Even the most ardent supporters will have to admit that the previous season ended on quite a high note for the Oklahoma City Thunder, recording a win in the NorthWest division, clinching the third seed in the Western Conference and reaching the Conference finals for the fourth time in six seasons, where they would eventually be eliminated in a seven-game blockbuster by the top rivals the Golden State Warriors. 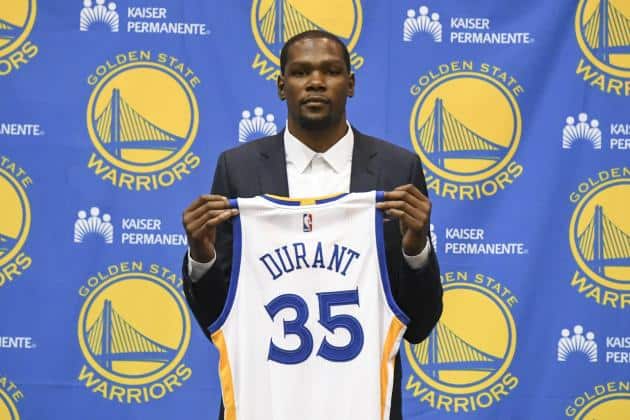 Many disapproved Kevin Durants decision to join the Warriors during the summer!!!

With the team drawing in thousands of new fans with their string of good results and their superstar Kevin Durant, it is clear why the fans appetites and expectations have exponentially grown to strive for the Championship itself over the years. However, over the summer, the biggest change that probably crushed the spirit of most OKC fans was that departure of their main superstar Kevin Durant who decided to leave them and change the Oklahoma jersey for the Golden State Warriors one. Despite this setback, I’m going to go through some of the reasons why I believe the Oklahoma City Thunder fans shouldn’t despair just yet, and why this season just might be better than expected.

First of all, Thunder still have a good and experienced General Manager in Sam Presti who knows how to do his job and organize a respectable team. The Head Coach, Billy Donovan, has already proven himself to be a quality coach that can draw the very best from his players and outplay his rivals tactically, and this is something we should see more of in the upcoming season. Perhaps maybe the best reason why supporters don’t need to fret is that even though he is much less publicized, the Oklahoma City Thunder still have a top 5 player in the league, none other than Russell Westbrook himself. 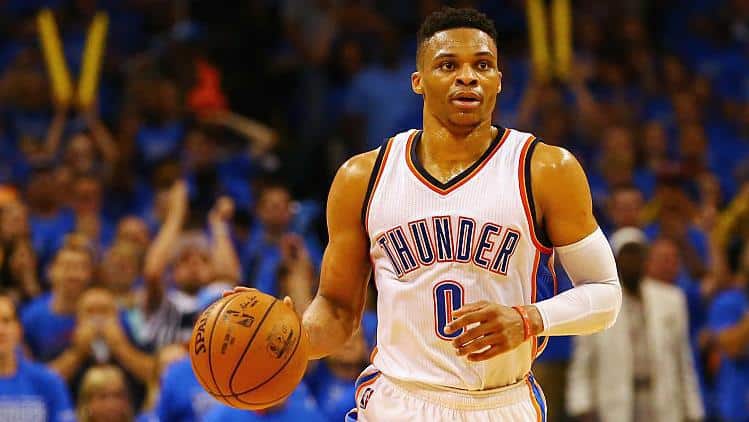 With KD gone, Westbrook has taken the steer-wheel of the OKC wagon and its up to him how well the team will do!!!

He was arguably just as good as Durant last season with 54 double-doubles and 18 triple-doubles, certainly one of the main reasons behind their rapid rise and success. Now with Kevin Durant gone, it will definitely be interesting to see how Westbrook takes on the leadership role as the teams’ new number one superstar, but I expect him to rise to the occasion and improve even more. However, although we are all very familiar with the fact that Westbrook can do it all on the floor, my only concern is that he might try to do too much and clog the ball, making the entire offense depend on his solo play.

The one thing that really came out positive from this summer was that the OKC management has bolstered their squad by signing Victor Oladipo from the Orlando Magic in a trade that also included Ersan Ilyasova joining the Thunder, while Serge Ibaka went the other way. Oladipo is definetly a very good player on both sides of the court who averaged 17 points per game last season, despite being a starter only partially throughout the season. It is expected that he will only get better now that he has much better players around him and will be in a situation to be the go-to guy more often. He kind of reminds me of a lighter version of Russell Westbrook, a very explosive and dynamic player. If Oladipo and Westbrook find a way to function on the court together, the OKC Thunder will have one of the most energetic backcourts in the West.

As I have already mentioned, Ibaka packed his bags and decided to join the Magic during the summer trade. Many believed that Ibaka was one of the best defending big guys in the league, but personally, I believe that we have seen the best from him in the past couple of year, and that his from will only go downhill from this point on. 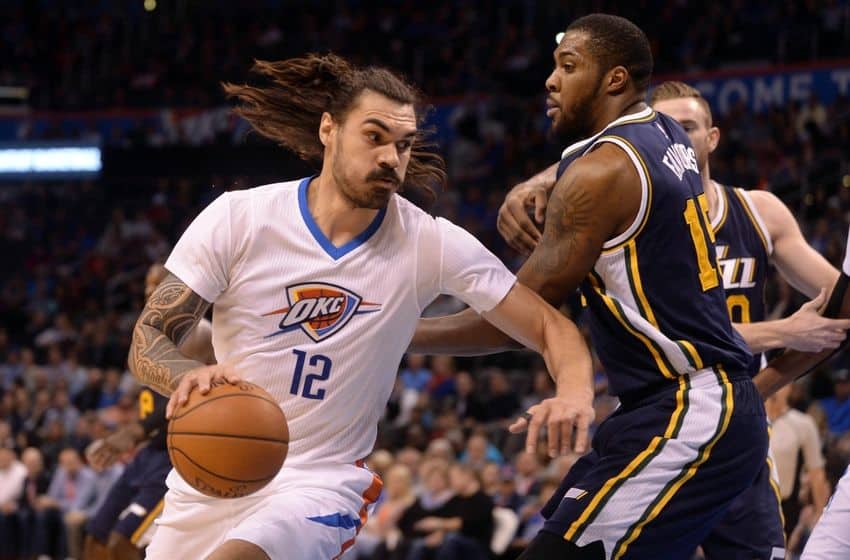 The New Zealand native, Steven Adams has shown a significant improvement over the past two season!!!

The departure of Ibaka will do only good for Steven Adams, the New Zealander, who has also shown that he can be very useful inside the post. The Kiwii has started to be very useful on both sides of the court, which was best seen during the playoffs last season as he managed to average 10.5 ppg and 9.5 rpg in 18 games. Cameron Payne has shown some serious potential but only sporadically, the former college star having a difficult time to fit in the squad last season but it is expected that Kevin Durant leaving will open up more space for him to try and show his qualities which he certainly possesses. Furthermore, the Thunder have brought in several quite intriguing players such as Domantas Sabonis, a former Gonzaga University star and Alex Abrines, the Spaniard who played for the Spanish powerhouse Barcelona. Both of them should find their spot in the rotation.

One thing is clear, the Thunder Nation fans will certainly miss Kevin Durant’s lethal and sneaky play and his dominant presence on the court, and it is obvious that they won’t recover from this quickly, no one expects them to. However, we have gone through only some of the reasons why this season is not a complete bust as there are still so many positives to be found. One of the positives is that the core of the team is very young with only Westbrook having entered his prime, while Adams, Oladipo, Enes Kanter, Sabonis and Abrines are still practically at the beginning of their NBA career. This gives a lot of hope for Presti, Donovan and the entire Thunder nation that the team could eventually win a Ring… 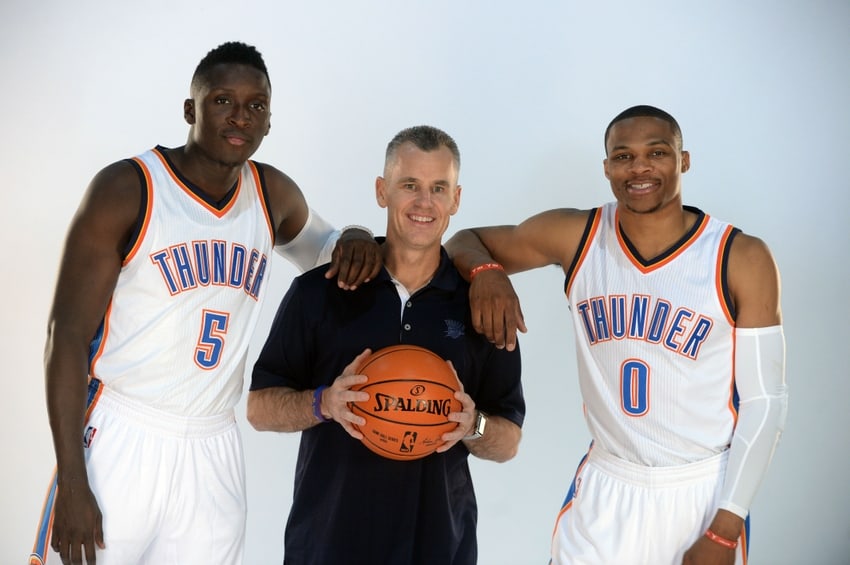 Led by Billy Donovan, Oladipo and Westbrook, the OKC Thunder should once again be among the top teams in the West!!!

Can the Oklahoma City Thunder go on to win the Championship as early as this 2016/2017 season? Highly unlikely, but I do believe they can at least repeat their success from last season, well maybe not reach the Conference finals, but they will certainly be a tough cookie in the Playoffs. Additionally, I expect the team to keep on improving, gaining more valuable experience and perhaps with the addition of one or two more solid and experienced players, they should once again be competing with the Warriors for the Conference title and the NBA finals in the seasons to come!!! With all of the changes during the off-season, I still believe that the team should record a minimum of 50 wins.