An important notice to all of the Portland Trail Blazers:

YOUR SEASON STARTS THIS WEEK!!! Don’t wait until almost half of the season to start playing ball, like you did last season when you recorded only 14 wins out of the opening 35 games in the season…

It was then when the Blazers shifted into the upper gear and started playing like a true playoff contender, which in the end they managed to be winning the 5th seed in the Western conference, and taking down the dismantled Los Angeles Clippers, and proving to be a tough cookie for the Golden State Warriors in the second round.

Before the start of the 2015/2016 season, everyone expected the Blazers to perform poorly and be one of the candidates for the draft lottery. However, they ended up winning a total of 44 wins and 38 losses. 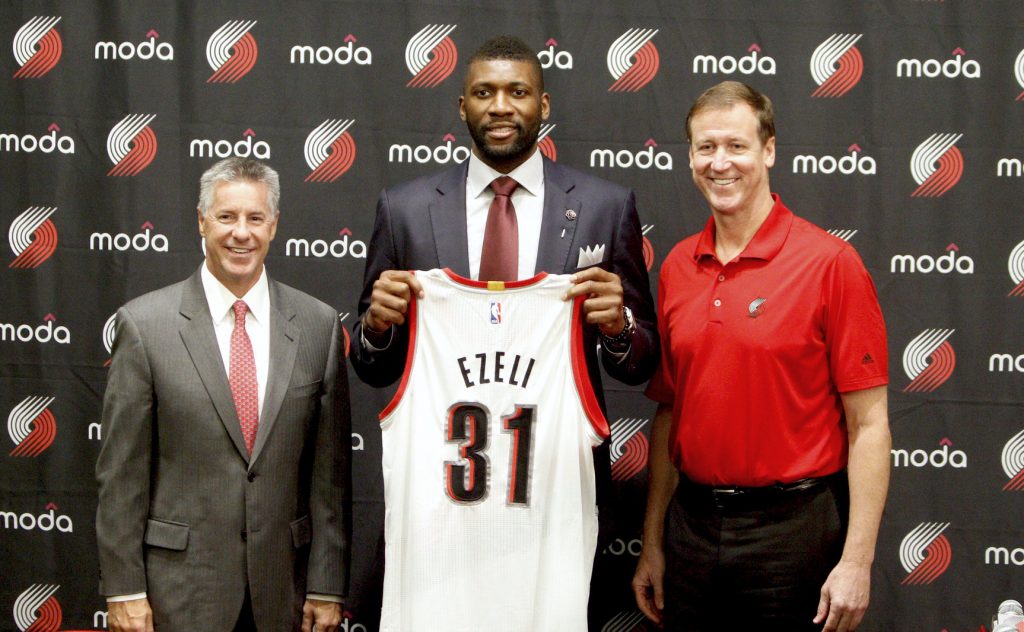 Ezeli should bring much improvement for the Blazers defensive end!!!

During the summer, the management had a lot of work to do, considering that many of their key players became free agents, and the Blazers were on the crossroads, planning their next move and which direction to take. One of them being to free up the salary cap and wait one more year and go after one of the big superstar. Along the way, pick up a high draft lottery pick, and start the rebuilding process. The other path, which Neil Olshey, the GM decided to take, was to sign most of the free agents (except Gerald Henderson). C.J. McCollum was first in the line that was signed on a 4-year deal worth $106 mill. C.J. has grown into one of the key players on the Blazers over the past seasons, with great shooting percentages and the ability to create and open his own shot, while at the same time he has managed to cover the position s 1 and 2 just as good.

The Blazers management did a great job in the case of Meyers Leonard. During the season Leonard was offered a new contract but he refused to sign it, deciding to explore the free agents market and hoping to get more money. However, his season was marked with injuries which in the end affected his improvement in the season and possible cash out in the summer. Despite all, the Blazers decided to offer him a new, similar contract, which he in the end accepted. Although he is not the best defender on the team, he is a pretty decent 3-point shooter for a big guy (38%). 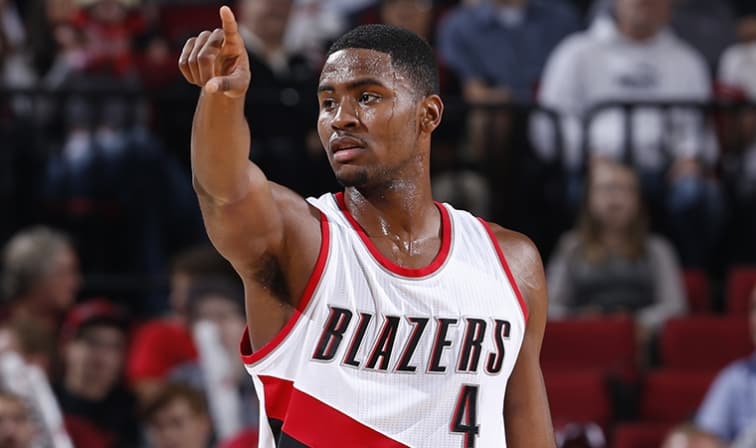 Harkless will stay put in the RIP CITY!!!

Mo Harkless is just one of the players, the Trail Blazers decided to bring back, offering him a new 4-year deal worth $42 mill. Not bad for a player who shot only 28% from the 3-point line during the regular season. He has not yet lived up to the expectations but there is no doubt that the 22-year old possesses a huge talent. However, one thing that came as a surprise was the moment when the Blazers decided to match the offer from the Brooklyn Nets for Allen Crabbe and give him a new 4-year deal and $18 mill. per season. The Blazers were expected to pick between Crabbe and Harkless, but both came back and the time will prove if it was a smart move, considering the fact that the Blazers are going to have to pay the Luxury taxes as they are most likely going to exceed the salary cap.

So with all being said, the acquisition of Evan Turner came as a surprise. The former No.2 pick decided to leave the Boston Celtics after he realized that he is losing the starting lineup spot and seeing more minutes coming off the bench. Turner is definitely an interesting player, as his court vision is exceptional and he can be used at the PG position very efficiently, but giving him $17.5 mill per season, while at the same time keeping Crabbe, was an odd decision by the Blazers management. Especially knowing that Turner operates well only when the ball is in his hand, which is a concept not popular by the Blazers, who like to share the ball a lot. 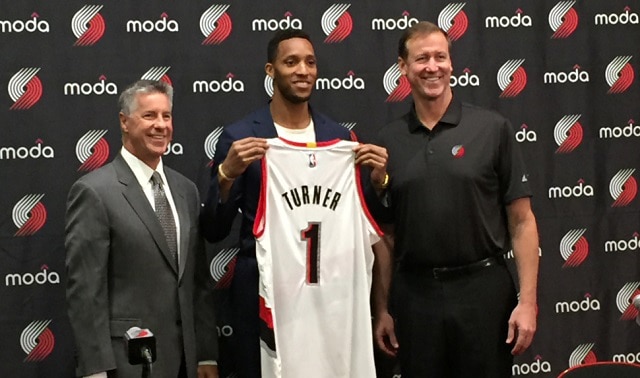 Many doubt that Turner would fit on the run and gun Blazers team!!!

The second big acquisition was Festus Ezeli, who was given a 2-year $15.1 million deal. This could actually turn out to be a low risk/high reward type of a deal, considering that his 2nd year on the contract is not guaranteed. If he manages to stay healthy, he could bring a lot of improvement to the defense, as he is known as a very solid rim protector while on the other side of the court, he is a very solid pick&roll player.

The departure of Gerald Henderson came a bit as a surprise, as he was sacrificed and sent to Philadelphia 76ers in order to make room for Evan Turner. Make no mistake about it, Henderson is by far a better shooter and defender, and I am sure that a huge % of the Blazers fans would rather see Henderson (with the 1-year deal for $9 mill.) on the team than Turner (with the 4-year $70 mill. deal).

To summarize, the Portland Trail Blazers have spent bunch of money to re-sign their key players from last season (Crabbe, Harkless, Leonard and C.J. McCollum) and sign two new players (Turner and Ezeli).However, after the 2016/2017 season, many things will come out on surface and show that their decisions from this summer were probably not the smartest, for the financial reason off course. Namely, after the next season, the Portland Trail Blazers contract are surely going to exceed the salary cap which means that the team, who is definitely not destined to win a championship ring any time soon, is also looking for a big financial gap in the upcoming years. 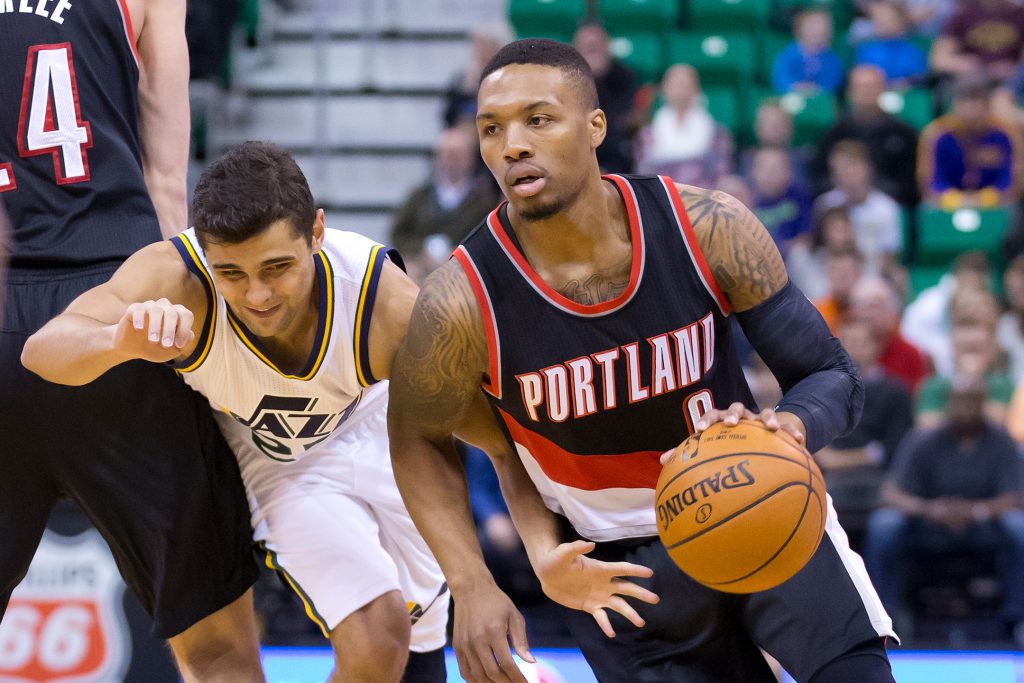 When Lillard is having a good night the whole team plays well!!!

The second half of the last seasons was a nice indication of what this team is capable of in the West. Considering that they have kept their core and if Damian Lillard manages to keeps the continuity of his good games going for a long run, they should once again be in the range of 50+ wins and reach the playoffs, but honestly reaching the second round of the playoffs would be their maximum.