The Dallas Cowboys were very concerned about who they would have backing up Tony Romo coming into this season. With his injury history and how things went in 2015 without him, the team knew it had to be better prepared for the worst case scenario—but it wasn’t.

Kellen Moore was going to be the man before he was injured even though he didn’t exactly play well in the three appearances he made in 2015. His injury left the team with practice-squad quarterback Jameill Showers or rookie Dak Prescott, who they took in the fourth round of the 2016 draft. 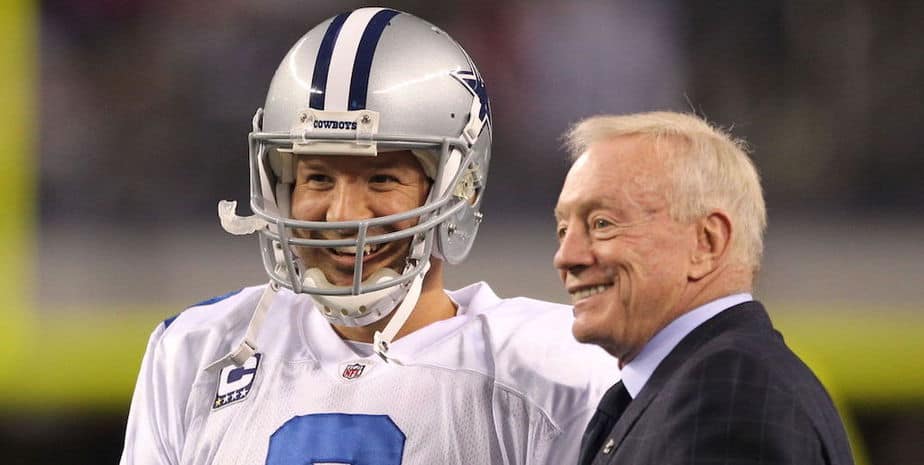 However, as NFL fans all know, fortune smiled down on Jerry Jones and Dak Prescott appeared to be a capable back-up in preseason action giving the team something they didn’t have in 2015—a Plan B! Everyone hoped they would not have to use it, of course, but it’s good to know it’s there.

But then they did have to use him—and he was fantastic! So amazing, that when Tony Romo was deemed healthy, Prescott remained in the game.

Prescott didn’t take the team any further than Romo, but as a rookie, he took them further than anyone expected, and he should be even better next year. This leaves Dallas with a problem—well, more Jerry Jones since it is his money.

What to do with Tony Romo?

He is set to make $14 million and count over $24 million against the cap next season—which will factor into how he is handled. But at that price, something has to be done (or does it…). The choices are straightforward:

But there is hope that some trade options may materialize. One that has been getting a lot of attention in the media was presented by former wide receiver-turned-analyst Cris Carter. As crazy as it sounds, it has merit (247Sports):

“I’d try to pull off a deal [with the Houston Texans] for [defensive end] J.J. Watt,” Carter said. “That’s what I would try to do. That would be the deal I’d be trying to go for with Jerry [Jones]. I’d try to get J.J. Watt.

[Jadaveon] Clowney’s established himself, Watt’s got a bad back. How long is [Watt] going to be able to play at that level?

“I would take Dallas’ [first round] draft pick and Tony Romo, and trade them to Houston for J.J. Watt.” 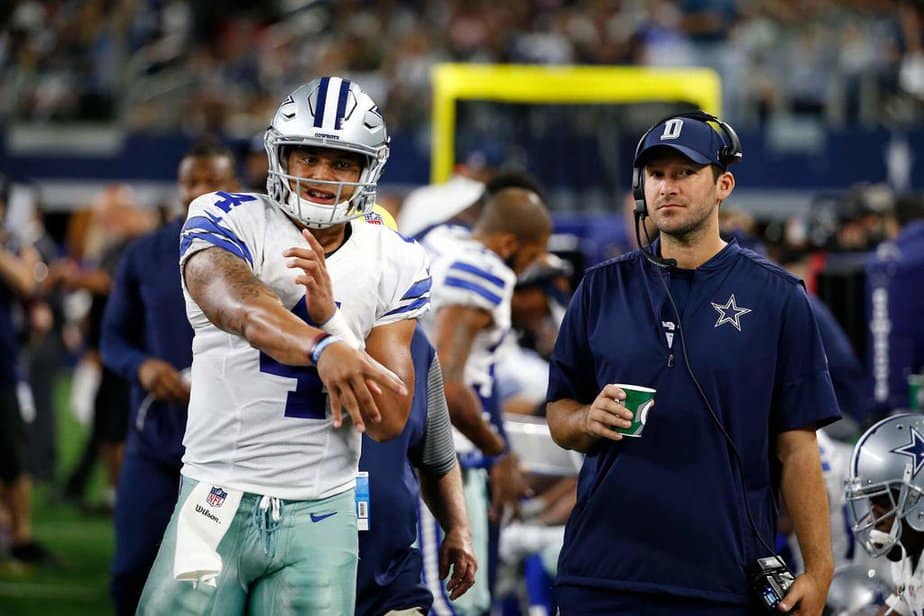 Houston gets a much-needed quarterback, but only for one or maybe two years. Dallas gets a serious upgrade on the defensive front, but it could be for only a year, could be longterm, could be anything in between. That is if either stays healthy long enough to make a difference. It could be a win-win or just as easily a lose-lose.

The problem Jones is going to find with any potential trades will be getting what he perceives as a fair value. He sees Romo as a Super Bowl contender type of guy. Most teams will see him as an injury-prone, 37-year old.

Good luck moving him Jerry. You’re going to need it.