The Los Angeles Rams couldn’t have had high expectations heading into Thursday night’s game against the Seattle Seahawks. Seattle, who is already the superior team, would want to put its best foot forward after playing such a terrible game last week—which means the Rams defense was in for a test. As usual, the offense was the real question mark.

Would Jared Goff show any progress this week? How much could the team improve—if at all—with a new head coach named on Monday? Not so much because they would miss Jeff Fisher, but because they wouldn’t have time to implement any changes during a short week. 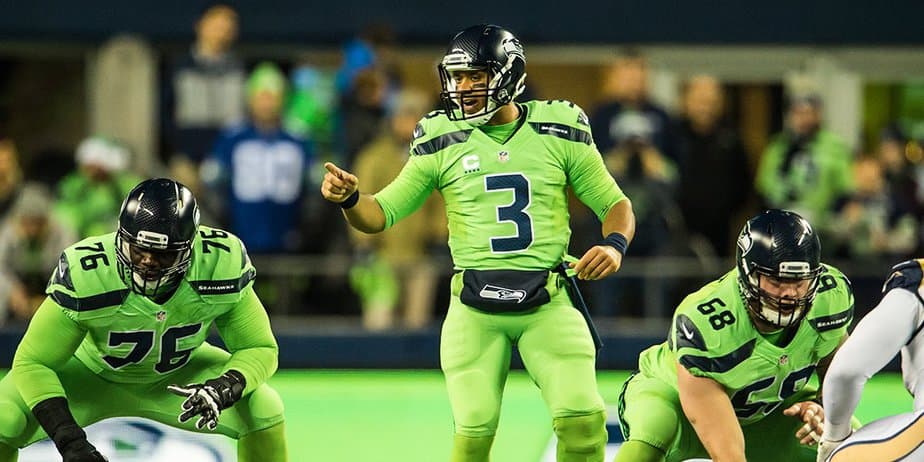 But maybe the Rams would be able to get by without changing anything yet. After all, the Rams have beaten the Seahawks the last three times they played. Maybe whatever worked then could work again?

Or the team that everyone thinks the Rams are will show up, and it will be one ugly game with zero entertainment value.

Well, there was some entertainment value–if you like good defense or if you are a Seahawks fan. Los Angeles got a good game from their defense, but once again the offense floundered like a fish-out-of-water as the Rams lost to the Seahawks for the first time since the 2014 season.

Even though the Seahawks scored 24 points, the Rams defense really did have a good game. They held the Seattle running game to just 72 yards, 26 of which came from a scramble by punter Jon Ryan (that resulted in him getting knocked out of the game). Thomas Rawls carried the ball 21 times, but only gained 34 yards.

They didn’t make it easy on Russell Wilson, but he rebounded from his five-interception performance last week to complete 19 of 26 passes for 229 yards, three touchdowns, and one pick. The 24-3 win locked up the NFC West for the Rams for the third time in four seasons.

“It’s a big deal to be NFC West champs,” Russell Wilson said after the game. “It’s not easy to do.”

However, the win came at a cost. After Jon Ryan’s big run late in the fourth quarter, Ryan ended up being taken to the hospital for evaluation (concussion). Michael Bennett had to leave the game in the fourth as well after a collision with Rams running back Todd Gurley. For some crazy reason, the Rams thought tight end Lance Kendrick could block Bennett, but he was tossed to the side with ease right in time for Bennett to collide with Gurley.

At first it looked like Bennett had laid a massive hit on Gurley, but the replay showed the two simply collided. Bennett was initially thought to have a concussion, but after the game the Seahawks informed the media it was a neck injury. 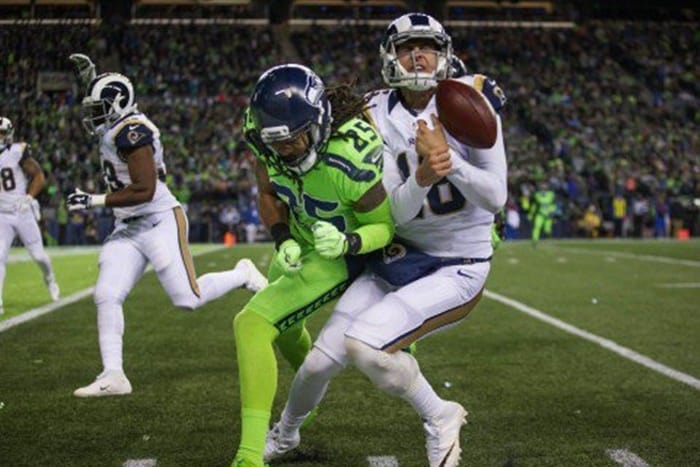 Goff was knocked out of the game after taking a blow from Richard Sherman while running down the sideline. Sherman later criticized Goff for being “disrespectful” and “acting like he was getting a freebie to the end zone.”

Case Keenum finished the game but looked just like the guy that lost his job to Goff a few weeks ago. Goff is now in the concussion protocol so Keenum could get a chance to avenge his Week One loss to the 49ers next week.

As for John Fassel’s debut as the Rams head coach—he looked like a guy who isn’t even going to try to keep the job after the regular season ends. But—to be fair—what could he really do after getting the promotion on Monday for a game played on Thursday night?

It will be interesting to see what he can do against the 49ers with a few extra days to prepare.