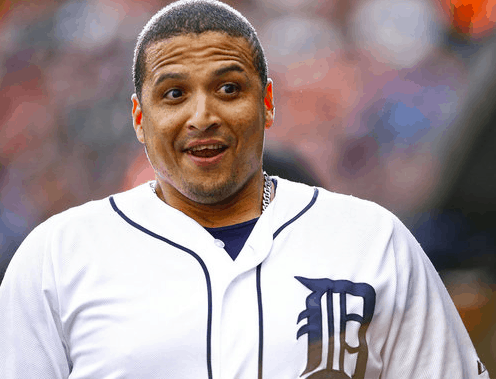 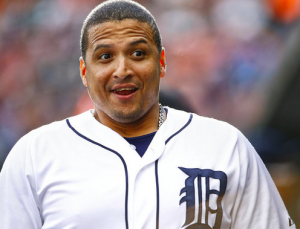 The Detroit Tigers announced early in the offseason that they were open to making radical changes this winter in an effort to get younger and more flexible in terms of payroll. The team has already traded outfielder Cameron Maybin to the Angels, and more moves could be on the way before all is said and done this winter. Another player who could be traded is DH Victor Martinez. Recent reports indicate that several teams are “sniffing around on Martinez,” making him a viable trade candidate.

If the Tigers are serious about getting younger, trading the soon-to-be 38-year old Martinez would be a great start. The former catcher is now little more than a DH, playing the field sparingly, and only doing so at first base. In 2015, Martinez played just 10 games in the field, and he played just five games at first base in 2016.

Nevertheless, Martinez continues to be a productive offensive player. After a down season in 2015 that included a month on the DL with a knee injury, Martinez stayed healthy and bounced back nicely in 2016, hitting .289 with 27 home runs, the second highest home run total of his career, posting a .826 OPS. Those numbers indicate that Martinez is still a player who can swing the bat, making him a viable option for teams looking for a DH.

Admittedly, Martinez isn’t likely to be on the top of a team’s wish list, but the fact that teams have at least inquired about his availability indicates that he could be seen as a backup option for teams that don’t get their first choice player. The likes of Edwin Encarnacion, Carlos Beltran, and Mark Trumbo are preferable options for teams in the market for a DH, but some teams may be trading for Martinez as a better option than signing a second-tier DH like Billy Butler, Pedro Alvarez, Adam Lind, or Ryan Howard.

The caveat is that Martinez is still owed $18 per season for the next two years, so he is by no means a bargain, especially since a team would have to give up something in a trade in addition to paying his salary. If the Tigers are looking to trade Martinez this winter, which stands to reason if they want to get younger, Detroit would likely have to pay off a portion of the money Martinez is owed over the next two seasons.

If the tigers were to trade Martinez, there’s no obvious choice to replace him as the full-time DH. However, third baseman Nick Castellanos could be an option, as his defense has been suspect during his time in Detroit. Castellanos moving to DH could open up a spot for JaCoby Jones at third base, although the athletic Jones is also a candidate to fill the void in center field left by Maybin. Steven Moya is also an option if the Tigers can’t open up a corner outfield spot for him by trading either J.D. Martinez or Justin Upton.

Of course, while the Tigers trading Martinez is a distinct possibility, such a move may not happen for a while. Until Encarnacion, Beltran, and Trumbo sign with teams, teams are unlikely to show serious interest in trading for Martinez. However, the Tigers will certainly be glad to move him for the right price, which is something to keep an eye on as the offseason continues to unfold.