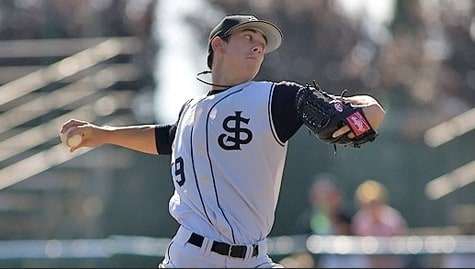 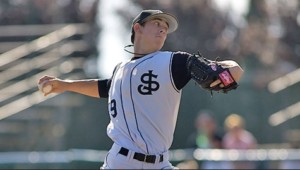 The road back to the big leagues is about to reach its conclusion for Tim Lincecum. The two-time Cy Young winner appears ready to pitch in the majors for the first time in nearly a year after an impressive performance on Sunday in what Lincecum says will be his last minor league outing before joining the Los Angeles Angels, who signed him last month on a deal worth $2.5 million.

Making his third appearance for the Salt Lake City Bees, the Angels’ triple-A affiliate, Lincecum threw seven shutout innings, allowing just one hit and one walk while striking out eight. Over those three appearances, Lincecum threw 17 innings and posted a 2.65 ERA, striking out 19. The Angels have not made an official announcement, but after Sunday’s game Lincecum declared himself to be “definitely” ready to pitch in the big leagues.

Lincecum was originally scheduled to make two minor league starts before joining the Angels, but he felt he still had some kinks to work out following his second start and decided he needed one more. After he struck out the side in the first inning and retired the first 13 batters he faced, it was clear that his third minor league was going to be enough for Lincecum to be ready to face major league hitters.

“Going out there, I’m not pumping 95 (mph) anymore, so I’m having to pitch and just grasping that knowledge that I had of knowing how to pitch and getting out of innings, that’s something I needed to (relearn), especially in the earlier innings,” Lincecum said afterwards. “I’m going to have to challenge guys. I’m not going to blow doors off guys. I’m going to have to rely on contact and weak hits.”

In an interesting twist, Sunday’s start came in Fresno, where Lincecum last pitched in the minor leagues in 2007 when the team was an affiliate of the San Francisco Giants. He made five starts for the Fresno Grizzlies that year before making his major league debut, and less than two years later he was a Cy Young winner.

The Angels have struggled just to find enough bodies to fill out their starting rotation this year, which is a big reason why they decided to sign Lincecum. Andrew Heaney, Garrett Richards, and C.J. Wilson are all on the 60-day DL, while Nick Tropeano, who has been their best starter outside of Richards, is on the 15-day DL. Tropeano should be back soon, but Heaney and Richards are out until at least August, while Wilson’s timeline for a return is uncertain.

In the meantime, Lincecum looks poised to join the Los Angeles rotation and potentially provide a much-needed boost. The Angels have not made a formal announcement regarding Lincecum being brought up to the majors. However, Lincecum has declared himself ready, his performance Sunday says he’s ready, and it’s likely that he will make his first major league start since last June 27 this weekend.