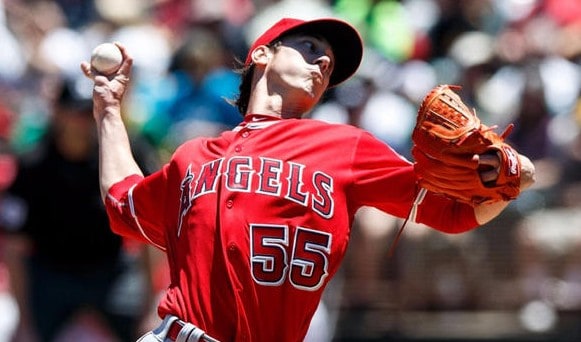 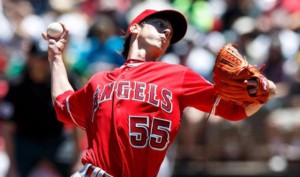 Tim Lincecum stepped on a big league mound Saturday for the first time in about 355 days, but if you didn’t know that, you never would have guessed it. He may not be the same old “Freak” that won back-to-back Cy Young awards once upon a time, but the 32-year old showed that he can still be an effective major league pitcher.

Making his debut with the Los Angeles Angels, Lincecum threw six innings against the Oakland A’s, allowing one run on four hits, walking two and striking out two. The Angels won the game, giving Lincecum his first big league win in over a year. His last time on a big league mound came June 27 of last year, with his last win coming on June 16.

Naturally, there were some jitters early, but four-time All-Star quickly settled down. “It just kind of felt like riding a bike again,” Lincecum said after the game. “After that first inning, everything kind of went away, and I could just get back to work and making my pitches.”

Lincecum signed with the Angels last month and ended up making three minor league starts, as opposed to the originally scheduled two, before returning to the majors. The veteran wasn’t completely satisfied with the start, but the extra appearance at triple-A seemed to serve him well. “”It felt like my mechanics were a little erratic,” he said. “Got into some deep counts, but I made pitches when I needed to, and my defense made plays when we needed them to. Definitely an area when I can improve on, but happy with it.”

He doesn’t have quite the same velocity that he did in his earlier days, but as it turned out, not being the same pitcher didn’t stand in the way of success. “I didn’t necessarily see this game going as well as it did,” Lincecum explained afterwards. “But it panned out and it gave me a little more confidence knowing I can push through to the next game. I know it’s kind of hard to accept for a pitcher who has been through a lot and done a lot, but like I said I’m trying to move on and try to become a different player.”

Perhaps the most amazing thing about Lincecum’s start was the raucous cheers he received both before and after the game, as the start came in Oakland, not far from where he started his career in San Francisco. He received a loud ovation when he took the mound for the first time and then another one when his day was done. “It was pretty incredible, I wasn’t expecting that,” Lincecum said. “It’s nice being here close to where I started and having my Bay Area fans here. Definitely made it feel like a home game to me.”

Now that Lincecum has his first start back in the big leagues under his belt, the focus shifts to his second, which is scheduled for Thursday against the same A’s team he faced on Sunday. This time, the start will come in his new home ballpark, giving Angels fans their first chance to see the Freak’s comeback up close and personal.