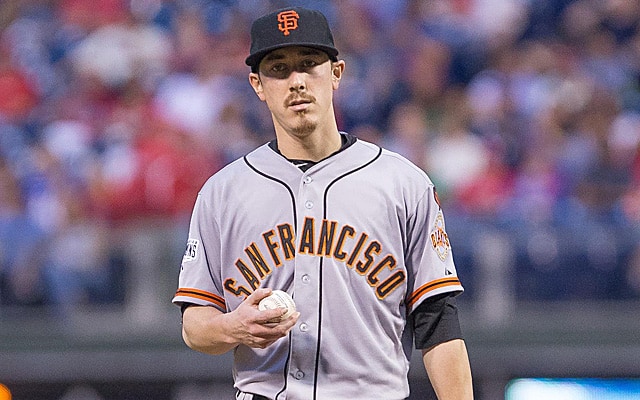 The Angels currently have three would-be members of their starting rotation on the DL, not to mention closer Huston Street and Tyler Skaggs, who is currently rehabbing in the minors on his way back from Tommy John surgery. There’s a chance C.J. Wilson could return a month from now, but Garrett Richards and Andrew Heaney are both likely to be out until August, and that’s being optimistic. Needless to say, the Angels are getting desperate, and with arguably the worst farm system in baseball, there’s not a lot of help within the organization.

Last week, the Angels were so desperate for someone to fill out the back end of their rotation that they acquired Jhoulys Chacin and his 5.40 ERA from the Braves. Chacin impressed in his Los Angeles debut and brought his ERA down below 5, but he’s not exactly the caliber of pitcher the Angels need to replace the three starters their currently missing. Thus, the signing of Lincecum.

Lincecum hasn’t pitched in a major league game since last June when he was shut down, ultimately undergoing arthroscopic hip surgery in September. In 15 starts for the San Francisco Giants last year, Lincecum posted a 4.13 ERA, going 7-4, although that was before the aging and undersized righty underwent hip surgery. Lincecum auditioned for teams on May 6 in Arizona and was impressive enough to garner interest from a few teams, including the Giants and Chicago White Sox.

The Angels haven’t announced any specific plan for Linceum, as he’ll likely need at least a few starts in the minors to face live hitters after not pitching in the big leagues for nearly 11 months. However, Los Angeles can’t afford to wait long until they put Lincecum on the 25-man roster, assuming he still has something left in the tank. Even with a four-game winning streak on the trot, the Angels are four games under .500 and 4.5 games out of a playoff spot, and with the sorry state of their pitching staff, they are vulnerable to an extended losing streak that could potentially bury them early in the summer.

How much Lincecum will be able to help remains to be seen, but it’s worth it for the Angels to give him a shot. In addition to the three injured starters and the still-rehabbing Skaggs, de-facto ace Jered Weaver currently has an ERA of 6.10, while Matt Shoemaker has an ERA of 8.49 across his seven starts this year. The Angels would love to get the Lincecum that has two Cy Young Awards, but right now, they’d settle for a guy even half as good as the Lincecum of old; even that guy would be an upgrade over their current rotation, which is in dire straits at the moment.