Whether you love him or hate him, there is no denying the kind of game that New England Patriots quarterback Tom Brady had Sunday night in Super Bowl LI. His team wasn’t just out of the game at one point. They were getting their behinds handed to them. But in typical Brady/Belichick style, the Patriots overcame a 25-point deficit to force overtime and win Super Bowl No. 5.

It came as no surprise when Brady was named the MVP. With the personal journey had this season thanks to Deflate Gate, he was a sentimental favorite to win the award before the game even started. But then he threw for 466 yards and a pair of touchdowns and earned it. 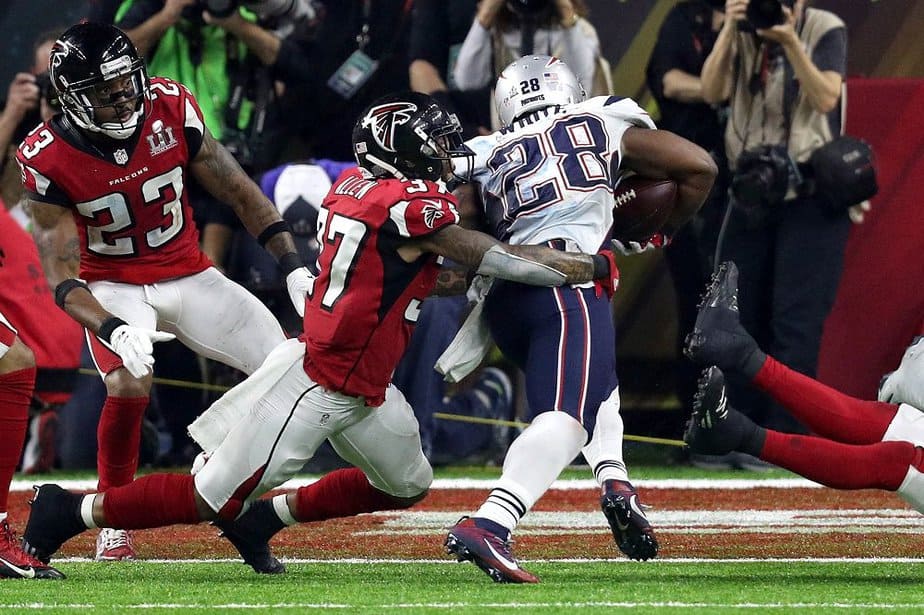 You would think leading the team back from a record-setting deficit in the first overtime game in Super Bowl history would cause people to treat him with a little reverence. You would think they would try even harder to show him the respect he deserves after the game he had—but someone didn’t.

The NFL shared video of Brady looking a little flustered as he searched in and around his locker for the jersey:

“It was right here. I know exactly where I put it,” Brady said (USAToday).

He appeared to indicate that he had put the jersey in his bag which would mean someone couldn’t have accidentally taken it. Stadium security was brought in to help as were the equipment managers, but no one seemed to know where it was.

Brady talked about his missing jersey a little more Monday morning after he was awarded the MVP trophy by Roger Goodell (ESPN):

“I put it in the bag, and I came out, and it wasn’t there anymore. It’s unfortunate because that’s a nice piece of memorabilia. If it shows up on eBay somewhere, someone let me know so I can track that down.”

Maybe if it hadn’t happened once before it wouldn’t have bothered Brady as much—but it did. After beating the Seahawks in Super Bowl XLIX in Arizona a couple years ago his jersey was stolen out of his locker then as well.

Brady as not happy with the predicament, but is not letting it steal the glory away from winning his fifth Super Bowl. Instead, he is busy making sure that the other guys on the team can get the credit they deserve—like running back James White.

White tied a Super Bowl record with three touchdowns including the game-tying score and the winner in overtime. He also set a record with 14 receptions and 110 receiving yards (most by a running back). He also converted one of New England’s two-point conversions. 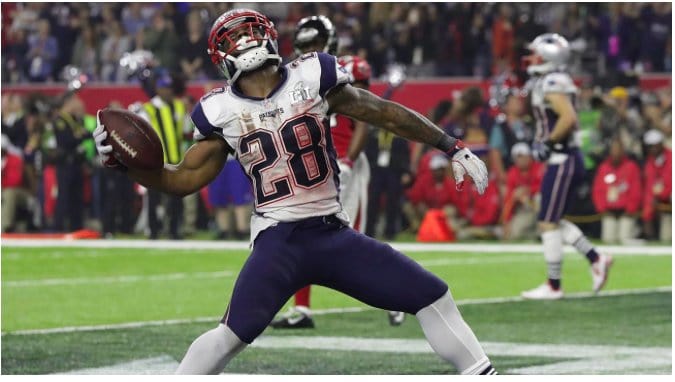 While it is not hard to see why Brady was named MVP, an argument definitely could have been made for White. Brady, at least, seemed to think so and indicated as much when he announced Monday he would be giving the truck that comes with being named Super Bowl MVP to White:

“I think James White deserves it,” Brady said Monday morning during the MVP press conference. He gave Malcolm Butler the truck after Super Bowl XLIX for making the game-saving interception.

It’s not something he needs to do, but he does it anyway. Now if only people would quit stealing his jersey…