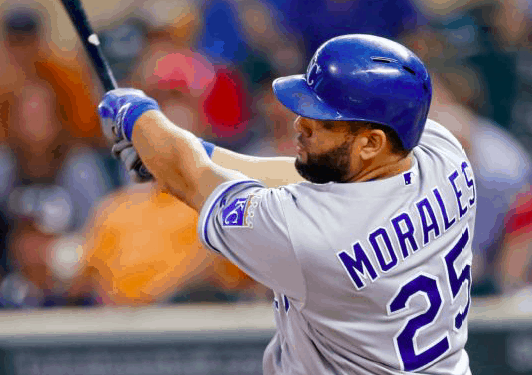 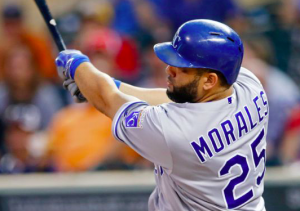 Friday was a big day for the Toronto Blue Jays, as they made two major additions to their lineup to help replace the expected departures of Jose Bautista, Edwin Encarnacion, and Michael Saunders. The Blue Jays have agreed to terms with free agent DH Kendrys Morales, who spent the last two seasons with the Kansas City Royals, and 23-year old Cuban defector Lourdes Gurriel.

Morales declined his mutual option with the Royals after two seasons in Kansas City, which included winning a world championship in 2015, making him a free agent. His deal with the Blue Jays is reportedly for three years and $33 million. However, as of Saturday morning, the team has yet to confirm the deal. The 33-year old Morales, a native of Cuba, had two productive seasons in Kansas City and could see his production increase in a more hitter-friendly environment in Toronto, particularly with Troy Tulowitzki and former MVP Josh Donaldson hitting around him.

The signing of Morales likely ends any chance that the Blue Jays will re-sign Bautista or Encarnacion. Both have until Monday to accept or decline their qualifying offer of $17.2 million, and both are expected to decline the offer and search for long-term deals on the open market. With Morales signed, presumably to be Toronto’s regular DH, the Blue Jays will likely give up any pursuit of Bautista and Encarnacion, despite being proactive in re-signing Encarnacion earlier this offseason. However, re-signing Saunders may still be on the table, as the Blue Jays may still look to add a corner outfielder this offseason.

Gurriel is the younger brother of Yulieski Gurriel, who signed a five-year deal with the Houston Astros back in July. Lourdes Gurriel defected with his older brother in February, but he waited to sign with a team until after he turned 23 last month so that teams wouldn’t have to use money from their international bonus pool to sign him, giving him more options. There was some speculation that the brothers would try to sign with the same club as a package deal, but that did not end up happening.

Gurriel has agreed to a 7-year, $22 million contract with the Blue Jays, although what his role will be with the team appears unclear at this time. He played six years in Cuba and is described as an outstanding athlete who has the potential to play both the infield and the outfield, so the Blue Jays may have some options with regard to where he plays. Some scouts believe that he could benefit from time in the minors to work on his approach at the plate, although the Blue Jays expect him to play in the big leagues in 2017.

Second base could be an option for Gurriel depending on how the Blue Jays view Devon Travis as a permanent solution at that position. Gurriel likely has the skills to handle third base or shortstop, but Donaldson and Tulowitzki appear to have the left side of the infield covered in Toronto. That may implore the Blue Jays to have Gurriel play the outfield in 2017, joining a group that includes Kevin Pillar, Melvin Upton Jr., Ezekiel Carrera, and Dalton Pompey.

With Friday’s signings of Morales and Gurriel, it’s possible that the Blue Jays are done adding position players this offseason, although signing another outfielder is still possible. Toronto’s lineup figures to look different in 2017 than it has the past couple of years, but Morales will help to make up for the power lost from Bautista and Encarnacion, while Gurriel adds an interesting and unpredictable wild card to the mix for next season and beyond.