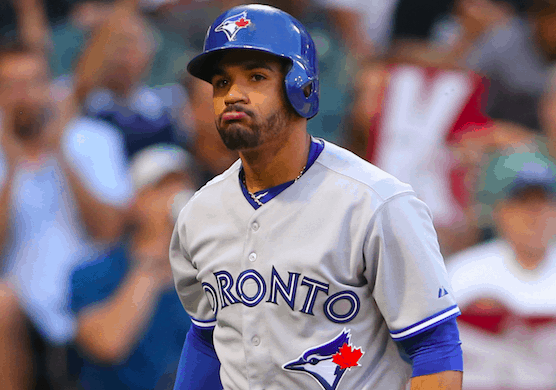 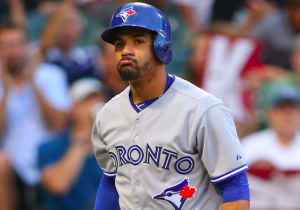 With opening day slowly creeping closer, the Toronto Blue Jays remain concerned and uncertain about the status of second baseman Devon Travis, who is coming off knee surgery. Travis has had problems staying healthy and on the field during his first two seasons in the majors, and it appears that 2017 will be no different.

After missing the first month and a half of last season with a shoulder injury, Travis eventually got it going and had a strong second half for the Blue Jays. However, he suffered a bruised knee in Game 1 of the ALDS, forcing him to miss the rest of the series. He managed to return for the ALCS, only to re-aggravate the injury and miss the remainder of the postseason. Now his road to recovery after offseason surgery is taking longer than the Blue Jays were expecting.

“I don’t know when he’s going to be back and ready to go,” Blue Jays manager John Gibbons told reporters Tuesday morning. “It’s one of those things, if it costs him a couple of weeks at the beginning of the season, so be it. As long as we get him back and he can still get a full year in. I expected him, to be honest, to be a little bit further along than he is, but we’re going to be cautious with him. Don’t read anything into that.”

At the start of camp, the Blue Jays were expecting Travis to be ready for opening day. It’s important to note that Travis is yet to be ruled out for opening day, as he’s taking batting practice and participating in infield drills. But it appears increasingly doubtful that he’ll be ready by April 3.

“He’s got his own strict program (the training staff) put together for him and he’s trying to follow that,” Gibbons explains. “I don’t know when he’s going to be back and ready to go. We’re going to be cautious with him.”

In the event Travis is forced to start the regular season on the DL, the Blue Jays will likely go with either Ryan Goins or Darwin Barney at second base. Goins has bounced between Toronto and triple-A the past four seasons, and despite getting regular at bats during the 2015 season, he’s never emerged as a consistent big league player. Barney, meanwhile, is a steady defensive player and posted decent offensive numbers in a reserve role with the Blue Jays last season.

The Blue Jays may have another option, as they’ve been linked to Brett Lawrie, who is now a free agent after being released by the White Sox last week. Lawrie may be a more reliable option than either Goins or Barney if Travis is unavailable for opening day, although he’s also had injury problems over the past year. Lawrie could also be a backup plan over the course of the season in case Travis has another injury setback.

Perhaps Toronto’s biggest problem with regard to Travis is that there’s little clarity on his status for the season. The team may not know until right before opening day whether Travis will start the season on the DL or not, making it difficult for them to come up with a contingency plan just in case they need one.