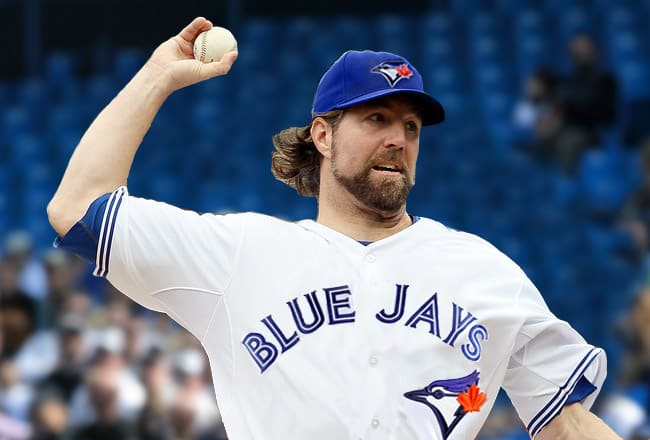 R.A. Dickey will start for the Toronto Blue Jays.

The Toronto Blue Jays will continue their 6-game road trip as they travel to Arlington, Texas to start a 3-game set with the Texas Rangers Friday night.

The Jays are current playing .500 ball at 18-18 and sit in 3rd place of the competitive American League East.

The Rangers enter the game with a 20-15 record which is good for second place in the American League West behind the Seattle Mariners.

Toronto will send knuckle baller R.A. Dickey to the mound where he’ll face Martin Perez for the Rangers. Both pitchers have struggled on the year as Dickey is 1-4 with a 5.17 ERA, while Perez sports a 3.51 ERA and a 1-2 record.

The Rangers are in the middle of a 6-game home stand where they just took 2 of 3 from the Chicago White Sox. The Blue Jays also just took of 3 from the first leg of their 6-game road trip from the San Francisco Giants.

Toronto is 6-2 versus the Rangers thus far in the 2016 season and will need a decent performance from Dickey to stretch it to 7 games, as Texas’ lineup has been solid the last week. However, trends point towards a low-scoring game as the two teams have combined for over 7 runs only once in their last 4 games this year.