There is nothing like playing your rival to bring out your best. So when UCLA hosted USC Wednesday night, the Bruins knew it would not be an easy one. Tack on the desire not to lose back to back games for the first time this season and UCLA had more than enough motivation to bring their “A” game to the court Wednesday night.

While favored in this game, the Bruins had lost their last four to the Trojans. But the Bruins are a much better squad this year. Last Saturday’s 96-85 loss to Arizona was only their second loss of the year, and they have one of the best offenses in the country this season (No. 3 in scoring). 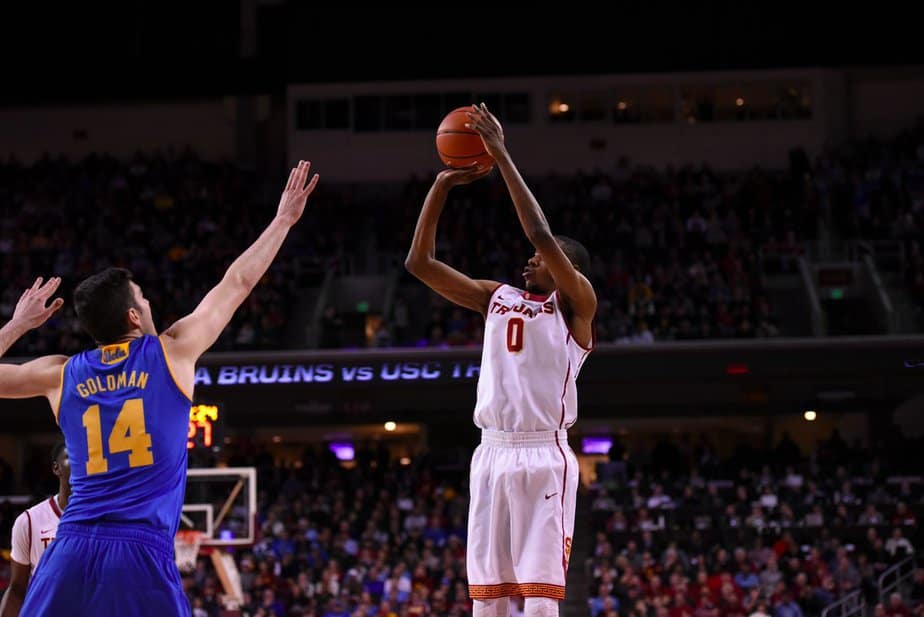 However, the Trojans are no slouches this year either. They are not ranked and entered conference play undefeated. But since it started, they were 4-4 in Pac-12 play entering Wednesday night’s game against the Bruins.

A win over UCLA would help establish the Trojans as a team to be reckoned with, but could their 164th ranked scoring defense handle the No. 3 scoring offense in the nation?

As it turns out, they didn’t have to. By hitting 14 of 34 three-point attempts, the Trojans were able to outscore the Bruins, 84-76.

UCLA didn’t have a bad night from the floor and shot better than USC overall (48.4 percent to 40.3 percent), but the Bruins couldn’t match the Trojans’ success from three-point range (6-24; 30 percent).

“Once they went zone, we had a hard time finding him (Welsh) because there was no 1-on-1 matchup at that point,” UCLA head coach Steve Alford said after the game. “Turnovers really hurt us in the first half and we kind of dug ourselves a hole.”

The game started off well for UCLA who got out to a 20-10 lead to start the game. But after Trojans head coach Andy Enfield had the team switch from man-to-man to a zone defense it was all USC for the rest of the half. The Trojans outscored the Bruins 40-18 to take a 50-38 lead going into halftime.

UCLA fell behind by as much as 15 in the second half but was only able to get within four points (twice).

“A lot of uncontested shots and they were getting easy shots with dunks and layups,” UCLA guard Isaac Hamilton said. “Guys are coming at us with everything they’ve got, and we’ve got to do the same.”

The Trojans had five players score in double figures led by sophomore guard Shaqquan Aaron who had 23-points off the bench. Elijah Stewart had 15 and Chimezie Metu and Deanthony Melton both chipped in 13-points. 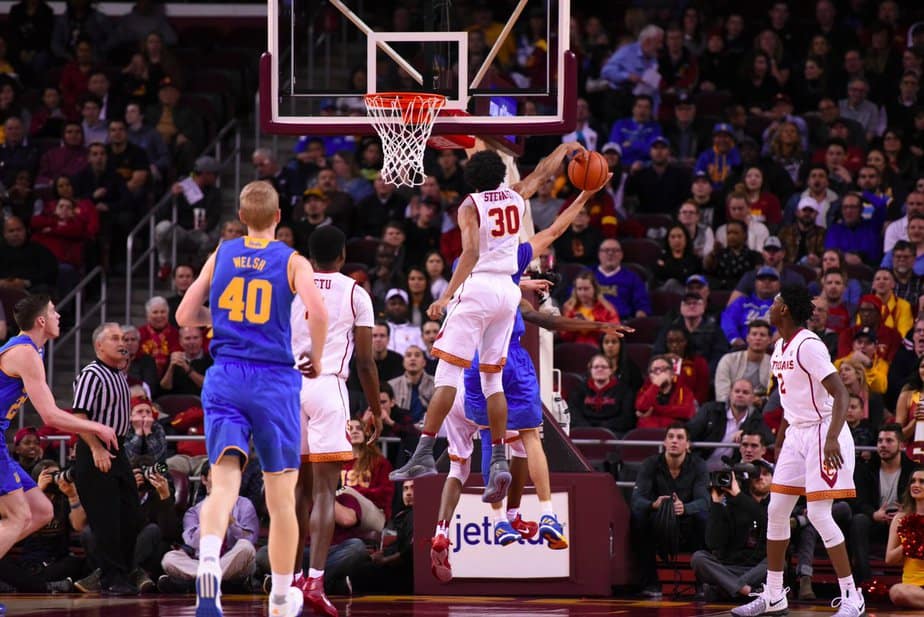 With the loss, the Bruins became the fourth top-ten team to lose this week. Tuesday night No.1 Villanova, No. 2 Kansas, and No. 4 Kentucky lost. Kansas was the only one to lose to a ranked team (No. 18 West Virginia).

UCLA will have to wait a week to get back on the right side of the scoreboard when they take on Washington State. USC doesn’t play for another week as well and will try to keep the good times rolling when against Washington.