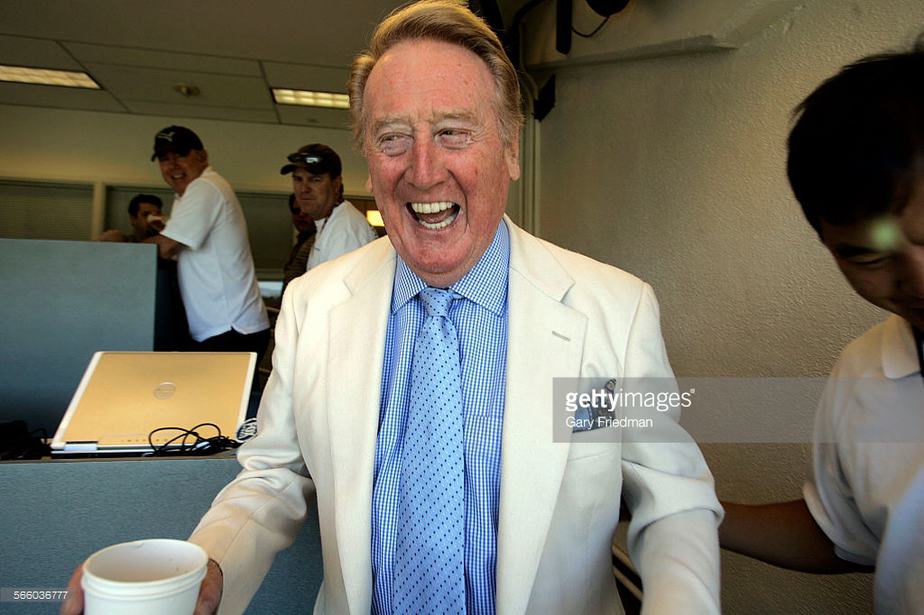 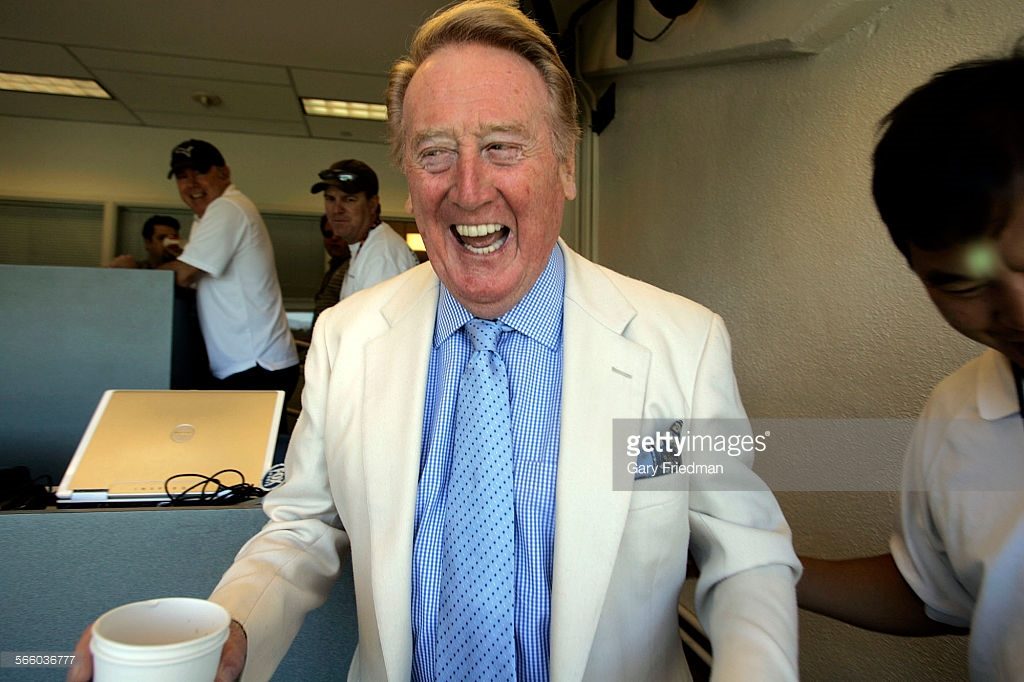 This year, Vin Scully is embarking on one of the most memorable farewell tours in the history of baseball, at least as far as broadcasters go. Unfortunately, that farewell tour will not include a stop in San Diego for the 2016 MLB All-Star Game.

In his final season broadcasting Los Angeles Dodgers’ games, Scully was invited by Fox to be part of the broadcast for the All-Star Game. However, Scully turned down the invitation. Reportedly, Fox proposed several potential options for Scully to be included into the broadcast, but the 88-year old passed on all of them, even though he’d only have to make a short trip from Los Angeles to San Diego. Of course, at this point in his career, Scully rarely travels with the team.

Scully says he doesn’t want to take any attention away from the players selected to the All-Star Game, putting the game ahead of himself. He went so far as to say, “I’m not Kobe Bryant. I’m just out there calling games.” Scully also says that he is a little worn down from all of the media requests he has received in his 67th and final season behind the microphone.

The broadcasting legend also noted that he has called All-Star games in the past, and so being part of the broadcast for this year’s Mid-Summer Classic would not necessarily be a new experience for him. From 1977 to 1982, Scully broadcast the All-Star Game for CBS Radio. He then broadcast the game for NBC television in 1983, 1985, 1987, and 1989. Scully has not been part of an All-Star broadcast since 1989.

Scully’s decline of Fox’s invitation is, of course, a disappointment to baseball fans everywhere. Having Scully part of the All-Star Game would have been a great way for the baseball world to wish him well in his final season on a big stage. Obviously, there’s plenty of time for him to change his mind, and all of baseball is hoping Scully reconsiders so he can make one final All-Star appearance.