Von Miller Talking Big Or Could He Really Sit Out Next Season? 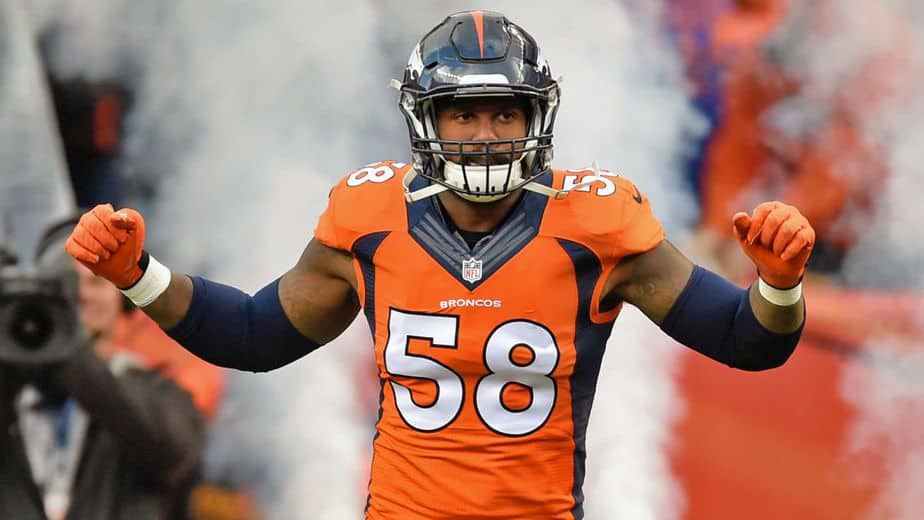 When the off-season started if there was one person fans and experts thought would have little to no trouble with his new contract it was Denver Broncos linebacker Von Miller. With how he dominated the New England Patriots in the NFC title game and the Carolina Panthers in the Super Bowl his value to the team was evident.

So how come the team hasn’t paid him? 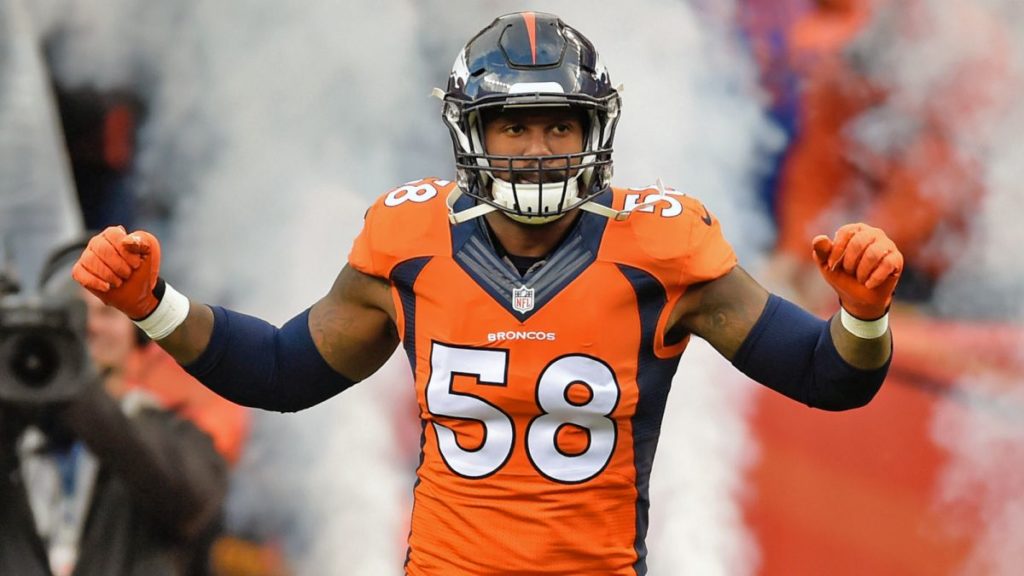 It appears that John Elway is trying to be fiscally responsible with Miller’s contract. According to the rumor mill, there is no issue with the duration of the contract (six-years) or total value ($114.5 million); just the guaranteed amount.

Denver offered $38.5 million at the time of signing and an additional $19.5 million to become guaranteed in March 2018 (until then it would just be for injury).

Miller wants more guaranteed overall; anywhere from $60-70 million. If he doesn’t get it—or something he is willing to live with—he sounds like he is now willing to sit out.

In a recent Instagram post, he shared this thought with the world: “I love my Teammates, Coaches, and My Fans” but there is “No Chance” I play the 2016 season under the Franchise tag.”

So—if he is serious, what does that mean? Will he be on the open market next year or will the Broncos still have control over his immediate future?

It helps to know how the franchise tag could be used on him.

If he does decide to sit out a year, he would still not be entirely free of the Broncos. Next off-season the Broncos could only put the non-exclusive tag on him. What that means is Miller could negotiate with anyone, but the Broncos would have the right to match any offer made.

If they do, he stays. If they don’t, the other team gives up two first-round picks.

There is the chance no one will make a better offer than the Broncos. If that ends up being the case, he will have sat out for nothing. But with the impact he has proven he can have on a game someone is bound to throw out a ridiculous offer.

So—will he do it or is he just trying to play hardball?

Chances are he is going to play. If he does, it will not have anything to do with his love of the Broncos and the fans in Denver. It will be about one thing and one thing only—getting paid.

But what if he gets hurt? That is a possibility, but he could also get hurt doing a million other things during his year off. So why not take his chances on the field and make $14 million?

Miller can talk all he wants about not playing under the tag, but if he doesn’t take whatever the Broncos end up offering that is exactly what he is going to do.