Want To Party With Tony Romo And Jason Witten And Support A Great Cause In The Process? 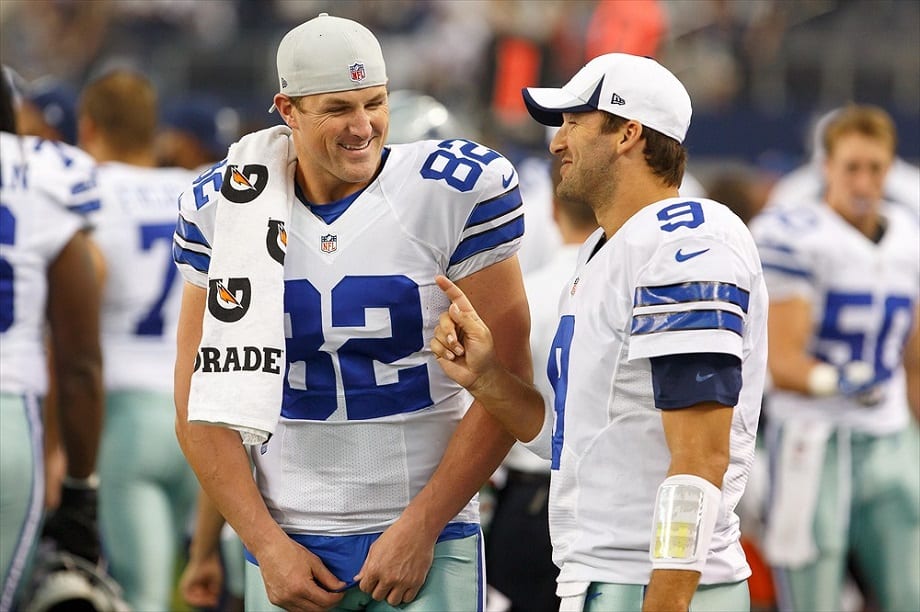 Dallas Cowboys quarterback Tony Romo and tight end Jason Witten are a dangerous duo on the gridiron. They will undoubtedly go down as one of the best quarterback-tight end duos in the game. As good as the look on the field, the two are known to be good friends off the field.

Have you ever wondered what it would be like to hang out with them?

Well—you can if you have the highest bid at an upcoming auction that will be raising money to benefit the families of the police officers killed by a sniper during a Black Lives Matter protest.

Romo and Witten, along with several other members of the Dallas professional sports community, will be helping raise money by taking part in an auction that will be hosted at a Dos Jefes restaurant in Dallas. The two will be donating autographed items to the auction as well as a steak dinner at another local establishment, Nick and Sam’s Steakhouse.

Other items being offered at the auction Thursday night are (SportsDay):

People that can’t attend the event or afford to win one of the items can donate through the Guns and Hoses Foundation, a North Texas organization founded in 2002 to benefit families of fallen first responders, and make a donation.

Former Dallas Cowboys tight end Jay Novacek and his wife are spearheading another donation effort. Along with other volunteers, they are making buckets that will soon be hanging at Chik-fil-a’s and other establishments in the Dallas-Fort Worth area to collect donations for the families of the murdered officers.

So—how much do you think a night out with Tony Romo and Jason Witten would be worth? Yes, it would be cool to have two local superstars as wingmen, but they are clearly going to be the ones planning the night. What exactly will they have in store for the lucky winner?

For his send-off to married life, Romo and 15 friends headed out to a cabin in West Virginia where they rode ATVs, zip-lines, went fishing, and watched golf—all without beer of alcohol of any kind. It’s his night, and if he didn’t feel like drinking. If the bachelor doesn’t want to booze it up, you don’t booze it up.

They willingly watched golf and went fishing without any beer on hand. Oh—and they played hide and seek. Sober.

Sound like something you want to spend a few thousand dollars on?