Was Jordan Rodgers On The Bachelorette For The Wrong Reasons After All? Is Olivia Munn The Cause Of The Family Rift? 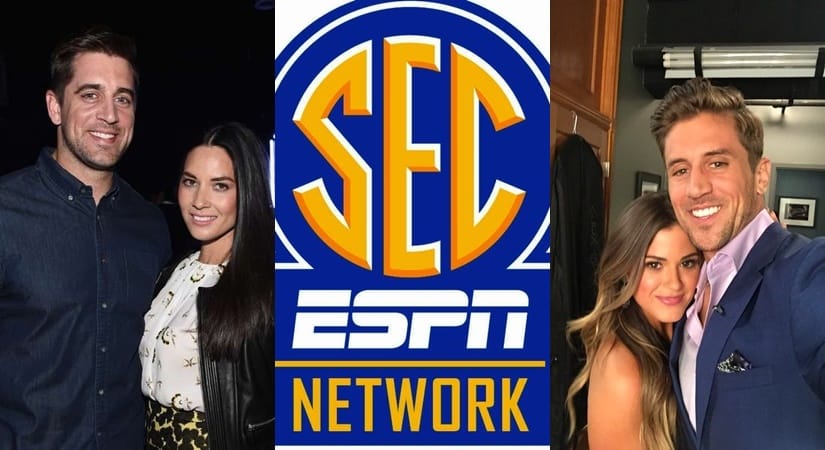 The popular reality television show The Bachelorette ended Monday night and saw former Vanderbilt quarterback Jordan Rodgers, who is also the brother of Green Bay Packers quarterback Aaron Rodgers, get down on one knee to ask Joelle Fletcher to marry him. She said yes and now that the show’s finale has aired the two can see if they have what it takes to be a real couple sans the television cameras.

While the two talked a lot during the “After The Rose” episode following the finale about dealing with all the rumors that have flooded the internet and tabloids, it appears that they have yet to see the worst of it.

It appears that he is joining the SEC Network as a college football analyst this season. His first day on the job will be August 23 on the show, SEC Now. Hmm…so the day after the show he announces he got the kind of job many accused him of being after.

However, as it turns out, his time on the show had nothing to do with getting the job. He interviewed for it in March before he auditioned for The Bachelorette and had his audition in May.

“We began planning for the upcoming college football season in February and Jordan was one of our first calls,” said ESPN Senior Vice President Stephanie Druley (ESPN). “He had a unique perspective as a quarterback at Vanderbilt University and we were immediately impressed with his intelligence and passion for the game.”

So while the haters will not bother to read the story before proclaiming Jordan a dirty, rotten scoundrel, this actually proves he did not have any ulterior motive for being on the show. He was already being considered for the job.

Along with his motives for being on the show, The Bachelorette producers paid a lot of attention to the rift between Green Bay quarterback Aaron Rodgers and the rest of the Rodgers clan. All Jordan would say was that it had something to do with how Aaron lived his life and that he believed family always comes first. When asked, Aaron refused to respond to the question and said it was inappropriate to bring up family matters.

Thanks to the internet, and specifically tabloid site TerezOwens, it appears the problem may be Aaron’s girlfriend, actress Olivia Munn. According to TerezOwens, a source close to the family has said that every time Munn interacted with the family things did not go well. Apparently, she has a very strong personality and has rubbed the family the wrong way.

Since the two started dating, Aaron has made her a priority so when it came to her and the family, he chose her.

Is it true? Who knows, but it sure does make for good gossip.