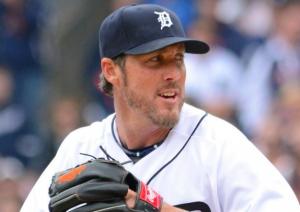 With the start of spring training closing in fast, the Washington Nationals still have some work to do in their bullpen. Most notably, the Nationals lack a bonafide closer, but on Tuesday they did add some much needed depth to their bullpen by signing veterans Joe Nathan and Matt Albers to minor league contracts.

Both players are expected to compete for a spot in Washington’s bullpen during spring training. Nathan will have a base salary of $1.25 million if he makes the opening day roster, and he can earn more than $3 million with incentives. The Nationals will have to add him to the major league roster by March 24 or else Nathan is able to opt out, so Washington will have to make a relatively quick decision on whether he’ll be part of their bullpen this year. Albers will earn $1.125 million plus incentives if he’s on the major league roster.

The 42-year old Nathan is taking one last shot at pitching in the big leagues. He made one appearance with the Detroit Tigers in 2015 before he needed Tommy John surgery, the second time in his career that he underwent Tommy John. Nathan spent time with both the Cubs and Giants last season, and in 10 appearances, he pitched 6.1 innings without allowing a run.

Obviously, that’s a small sample size, but it’s enough to think that Nathan may have something left in the tank and can still contribute to a major league bullpen. It’s unlikely that he’ll go from being given a minor league contract to being the team’s closer, but the 9th inning role in Washington’s bullpen is unspoken for heading into spring training. Nathan does have 377 career saves, and during his last full season in the big leagues in 2014, he was Detroit’s closer and secured 35 saves in 42 chances.

Albers has had a less heralded career, although he has nearly a decade of experience being a middle reliever in the majors and may be able to fill that role for the Nationals this year. He had the worst season of his career in 2016, posting a 6.31 ERA with the White Sox. However, he was excellent the previous year, pitching to a 1.21 ERA in 2015 despite missing more than two months with a broken finger. With middle relievers being notorious for their inconsistency, the 34-year old Albers could be a candidate to bounce back in 2017.

As it stands now, the Nationals are still without a true closer. Shawn Kelley, Blake Treinen, and Sammy Solis figure to be Washington’s most prominent late-game relievers. Nathan has the potential to join that group if he has a strong spring training, while Oliver Perez is also a safe bet to have a key role in Washington’s bullpen this season.

This still leaves at least two or three bullpen spots up for grabs during spring training. Albers figures to compete for one of those spots against youngsters like Koda Glover, Trevor Gott, and Matt Grace, as well as Vance Worley and any other pitchers the Nationals bring in between now and the start of spring training. The Nationals like their young pitchers, but they may be better off with veterans like Nathan, Albers, and Worley, particularly at the start of the season.

The additions of those three veterans will add depth to Washington’s bullpen, although there is no guarantee all three will prove to be useful relievers this season. Moreover, with the possible exception of Nathan, the recent signings will not solve Washington’s lack of certainty at the back end of the bullpen. This gives the Nationals more to do in order to shore up their bullpen before the start of the season.