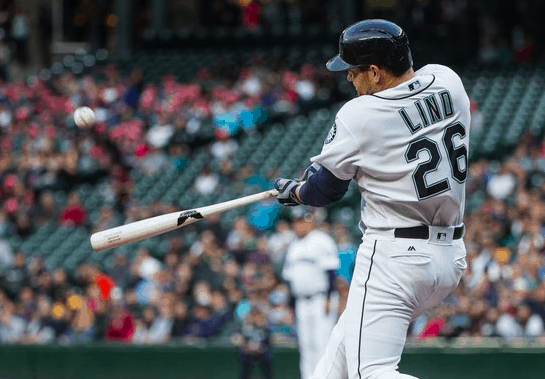 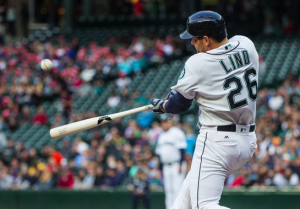 The Nationals will become Lind’s fourth team in the last four years. He first came to the big leagues in 2006 with the Toronto Blue Jays. He remained in Toronto through the 2014 season, becoming a steady contributor and constant power threat during that time. Lind even won the Silver Slugger Award in 2009.

After the 2014 season, Lind was traded to the Milwaukee Brewers, putting together a productive season for them in 2015. Last winter, he was traded to the Seattle Mariners. Despite contributing 20 home runs for the Mariners last year, his overall numbers dropped off. After the season, Seattle had little intention of trying to re-sign Lind, preferring to give rookie Daniel Vogelbach an opportunity to play first base.

Lind has been one of many power hitters who has received limited interest on the free agent market. Nevertheless, with a little patience, he has landed a major league contract with a contending team. Despite making his big league debut more than 10 years ago, Lind has never appeared in a postseason game.

With the Nationals, Lind appears to be a bench piece, but he may have a chance to carve out a more prominent role. Ryan Zimmerman is likely to remain Washington’s primary first baseman, but coming off the worst season of his career, the addition of Lind gives the Nationals a safety net in case Zimmerman’s decline continues. The 32-year old Zimmerman has seen his numbers decline in recent years, and in 2016, his numbers dropped like a rock, as he hit just .218 with a .642 OPS.

Considering the years and money left on Zimmerman’s contract, the Nationals are likely to give him a chance to rebound in 2017. However, if Zimmerman can’t get things turned around, a straight platoon with Lind at first base can’t be ruled out. Lind has struggled to hit lefties for much of his career, but his numbers against right-handed pitching are eye-popping, and so a platoon between him and Zimmerman could work out nicely for the Nationals.

Lind could also factor into the equation in left field. Jayson Werth, much like Zimmerman, has seen his performance decline the past two seasons, particularly against right-handed pitchers. If that continues, Werth and Lind could split time in left field, although Lind is not a strong defensive outfielder.

The signing of Lind appears to be bad news for Clint Robinson, who appeared in line to be Washington’s primary backup at first base and the two corner outfield spots. The left-hand hitting Robinson had a strong season in 2015, but could not replicate those numbers last year. Lind has a far longer tracker record of success, hitting at least 20 home runs in five of the last eight years. He is a much safer bet to produce, regardless of whether he’s an every day player or serves in an ancillary role.

Lind is a strong signing by the Nationals, especially this late in the offseason. As much as they’d like to believe that Zimmerman can bounce back this season, the Nationals need to be covered in case he doesn’t. The addition of Lind does just that, and if nothing else, he represents an upgrade to Washington’s bench.